The Neatness of Nature- CEA excursion to Český ráj 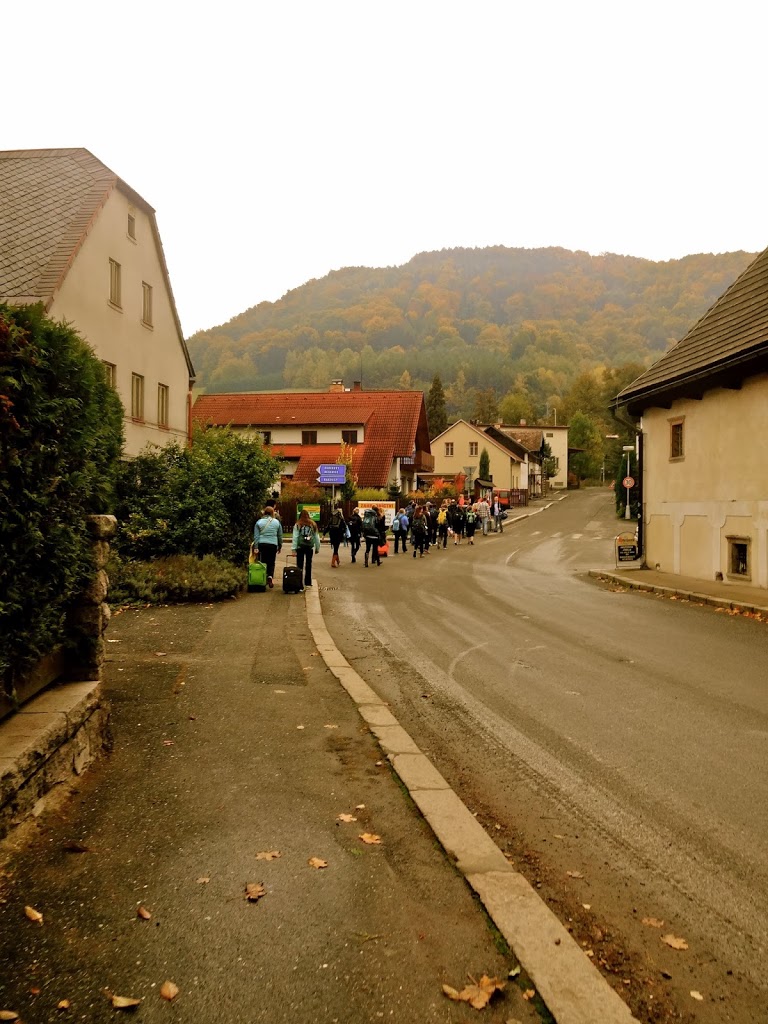 Upon arriving to the gorgeous countryside village of Malá Skála, a group of about forty of us on the CEA excursion split off into small groups. The groups either went on a cave expedition or rock climbed. My small group did not realize what a cave expedition entailed, but we soon found out as we trekked deep within the Český ráj national forest.
We kept winding through colorful paths of fall kissed trees, and stopped at the mouth of a pitch black cave. At this moment we were told by the instructor that we needed to use clues to figure out our way to the end goal. As our instructor briefly described the task at hand, she handed us a few lit candles and wished us luck as we entered the cave to find the map and clues. This was just the beginning of what would be the most unusual, at times scary, yet rewarding experience. 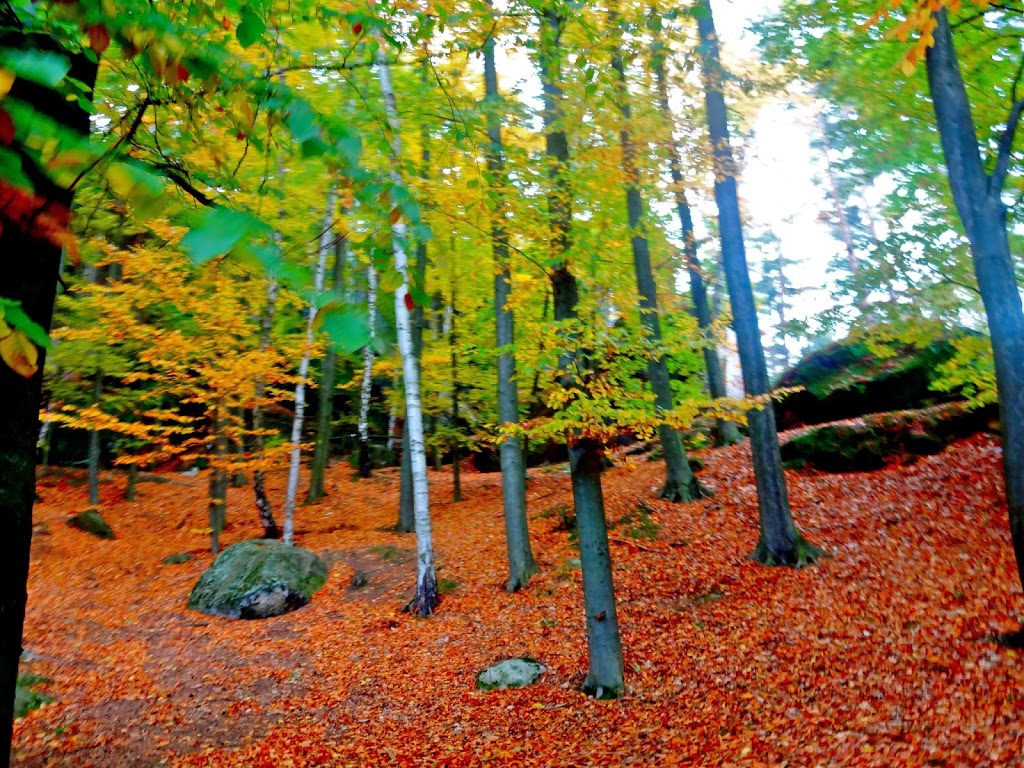 Our map led us through steep cliff sides we had to climb or rope down, small canyons we had to jump across, and dark caves in which we had to crawl in sand, pull ourselves up by ropes, and squirm to make it to the other side. This experience tested our trust with our group members and our faith in our own ability to accomplish this task. 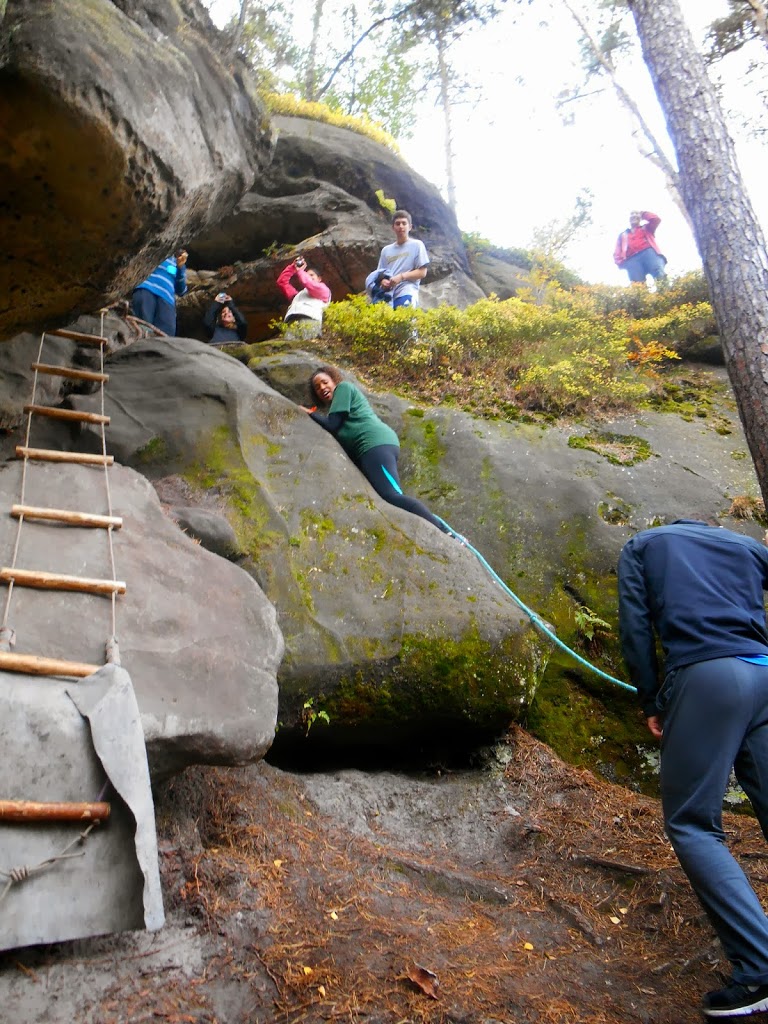 The next day included an early morning hike up to old castle ruins, called the Pantheon. We were all a little tired from the exhausting day before and the early morning rise, but wow, the site was worth the effort. The fog was covering the hillside, dew was shimmering off the vibrant trees, and the 15th century ruins were quite ornate. 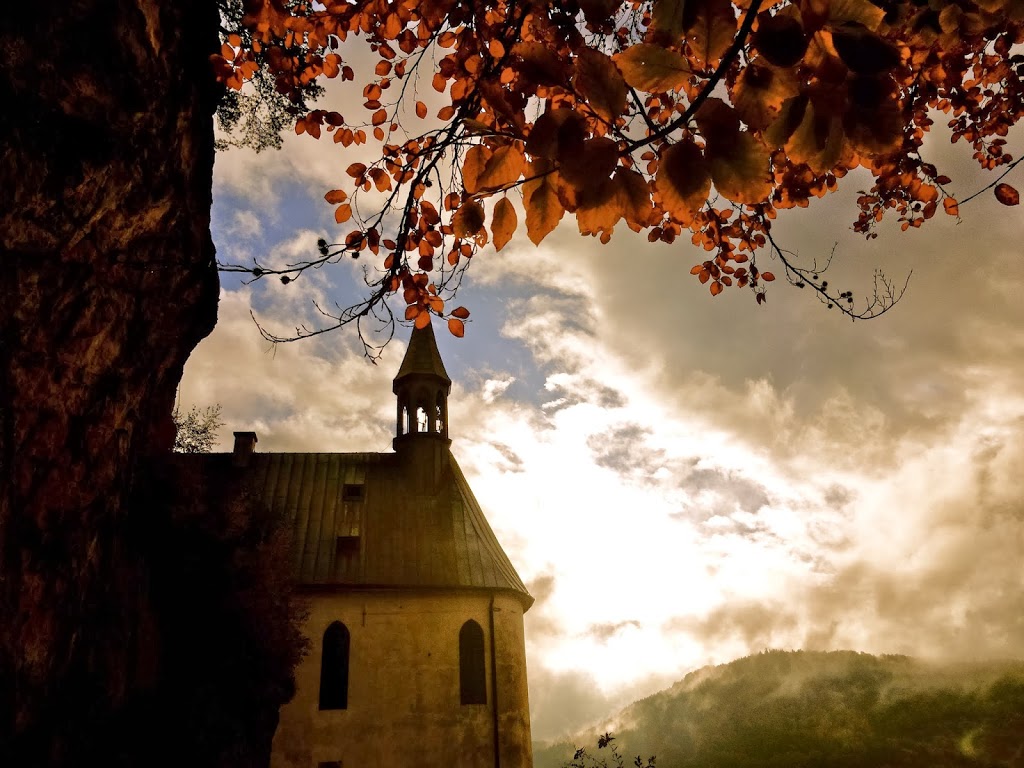 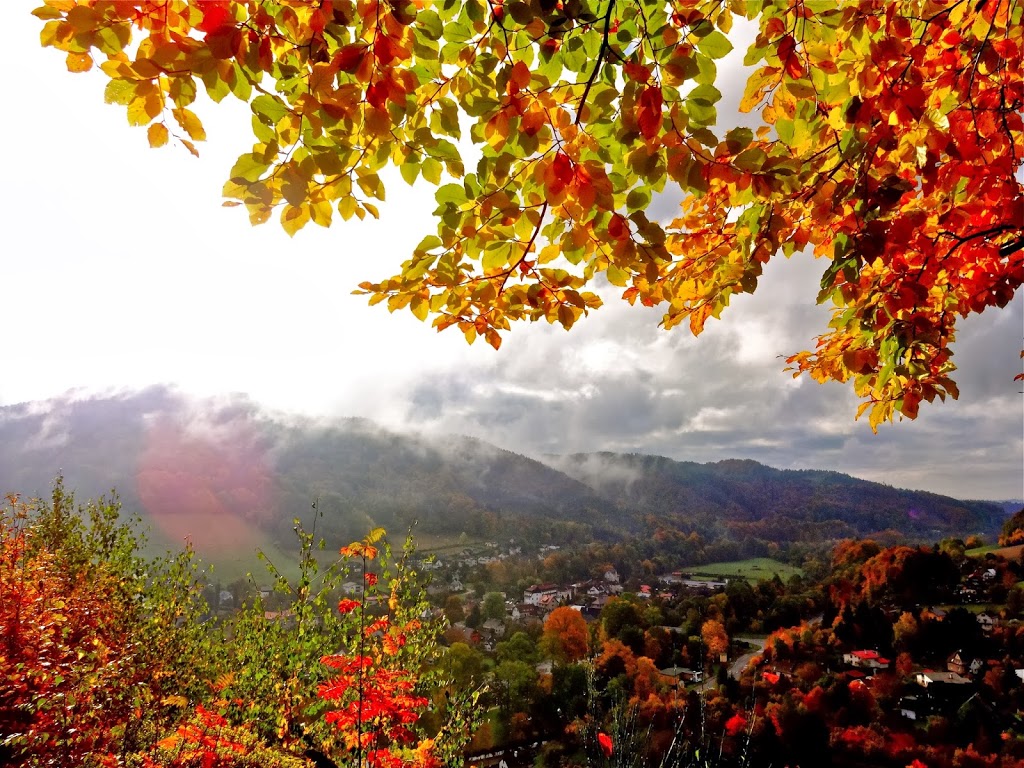 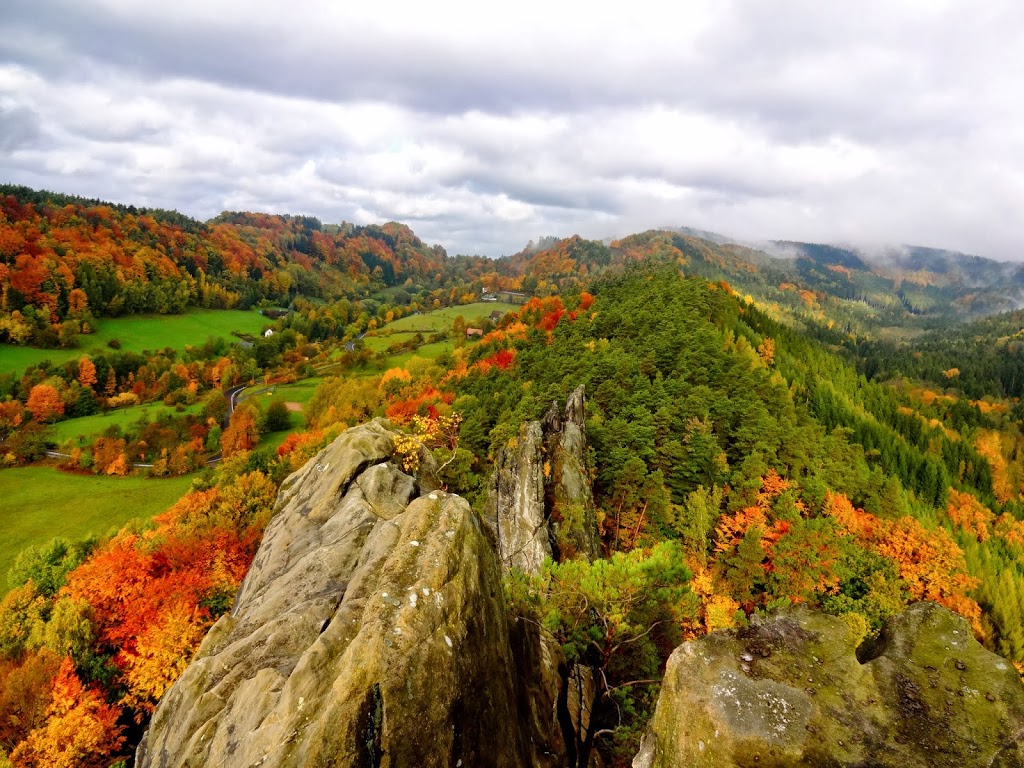 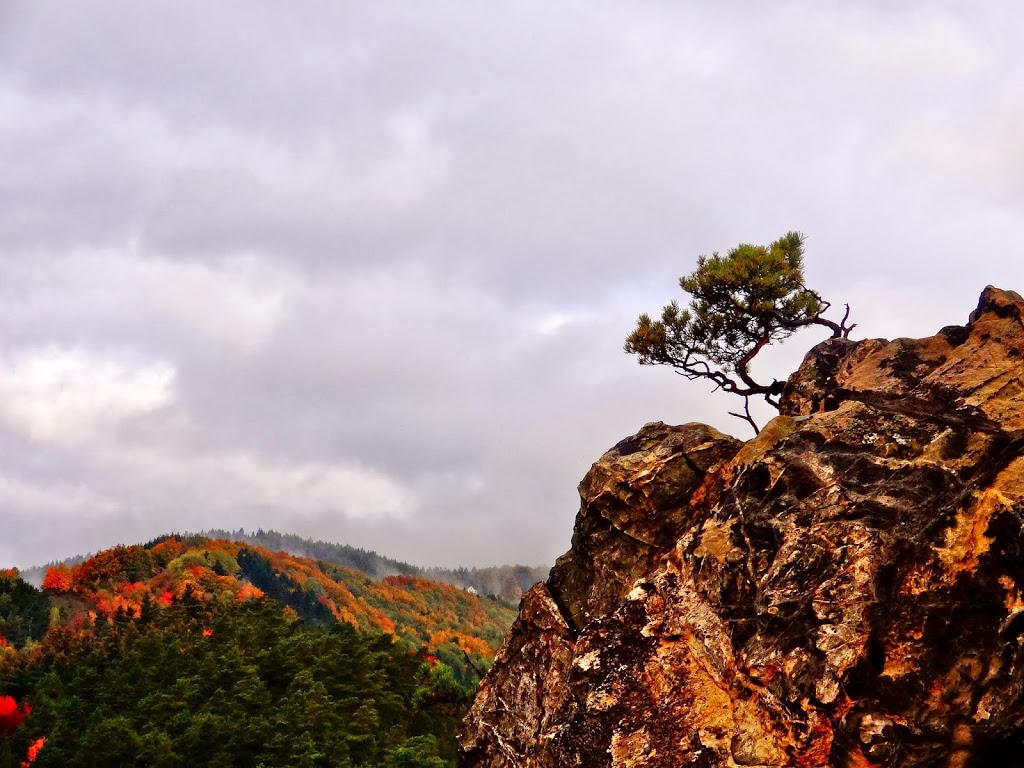 That afternoon included the experience of river rafting.. which was more like paddling down the river. Do not get me wrong, for my group it was the most challenging event of the weekend, as we did 360 degree turns and most likely covered the most distance by zigzagging more than the rest of the groups. Despite the complications, it was a gorgeous day to paddle down the river and see the golden yellow, burnt orange, and bright red across the landscape. 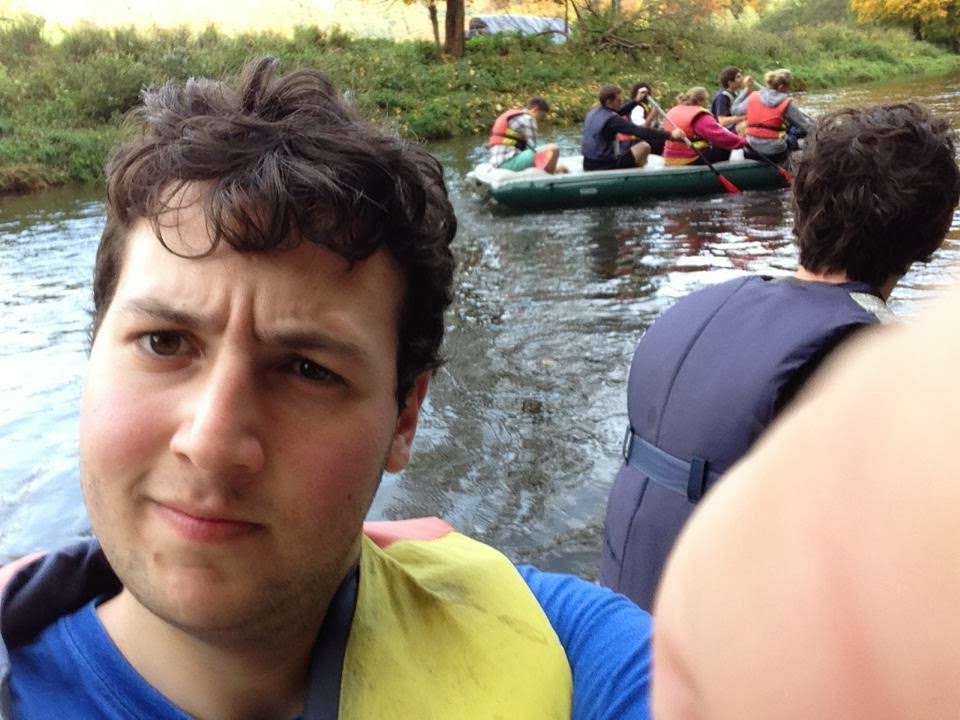 Afterwards we visited Dlask's homestead, where we were able to play on the playground (bringing out our inner kids) and learn more about farming back in the eighteenth century. 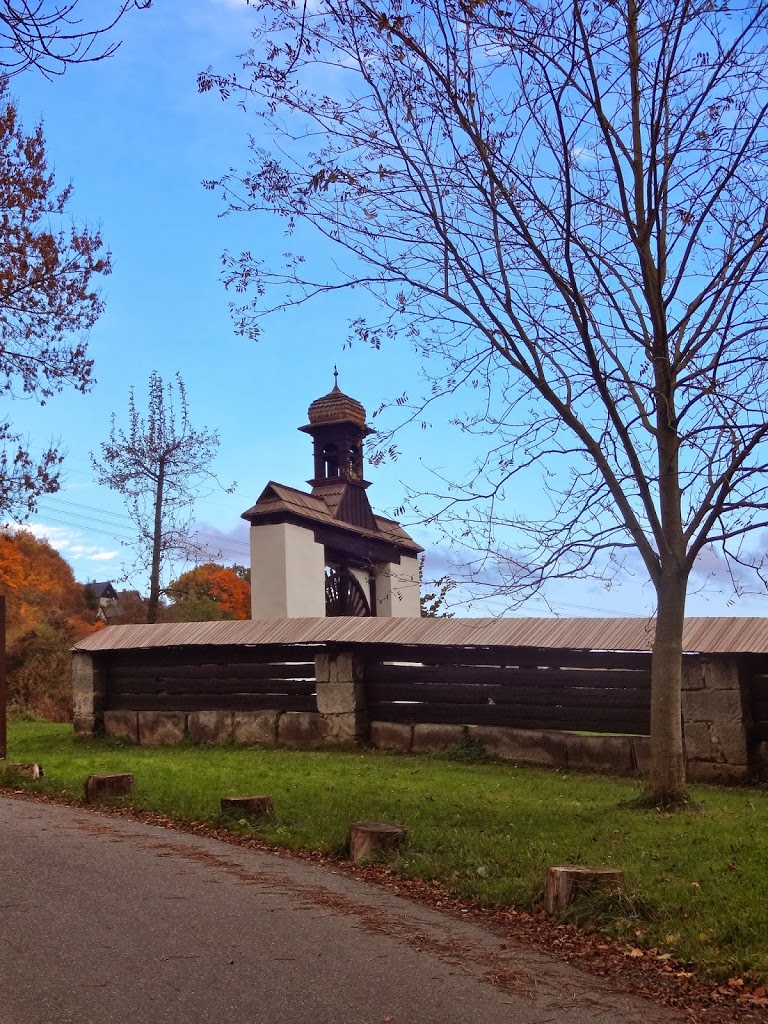 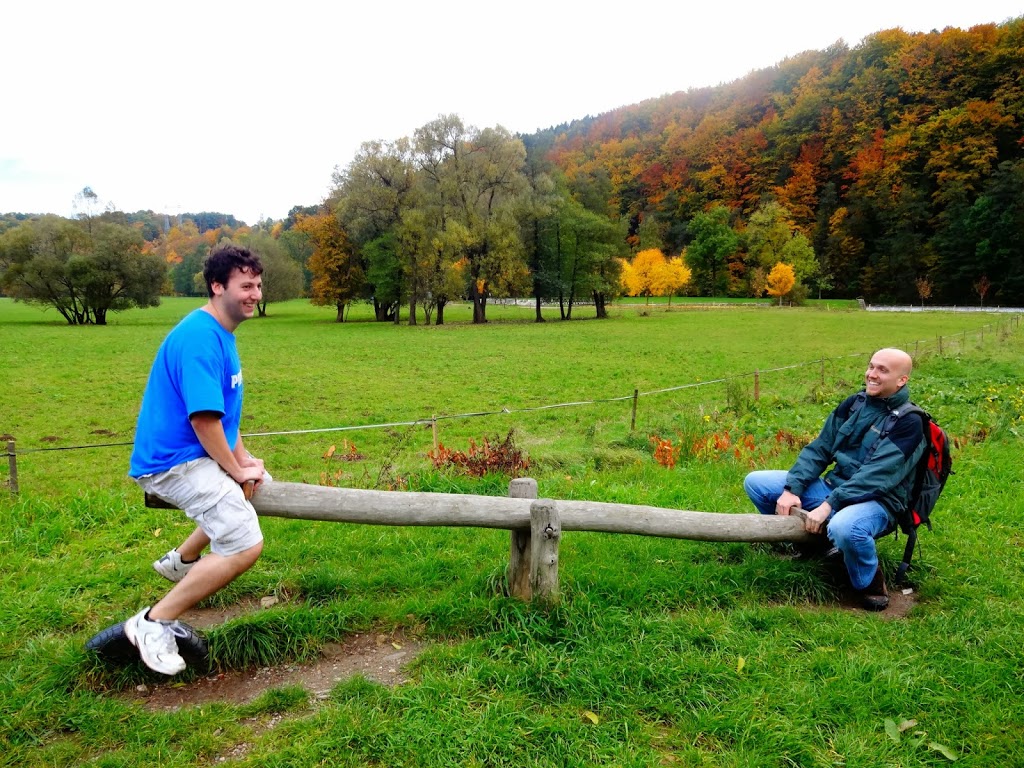 The big event of our last day included my same group going to Suché skály for rock climbing and rappelling. I was grateful to have such a supportive group, as they cheered, offered advice, and encouraged each person who attempted the range of easy to difficult climbs. I did not realize what an adrenaline rush it would be as I trusted the ropes and the instructor as I repelled down the cliff or how accomplished I would feel as I reached the top of two out of the three climbing points. 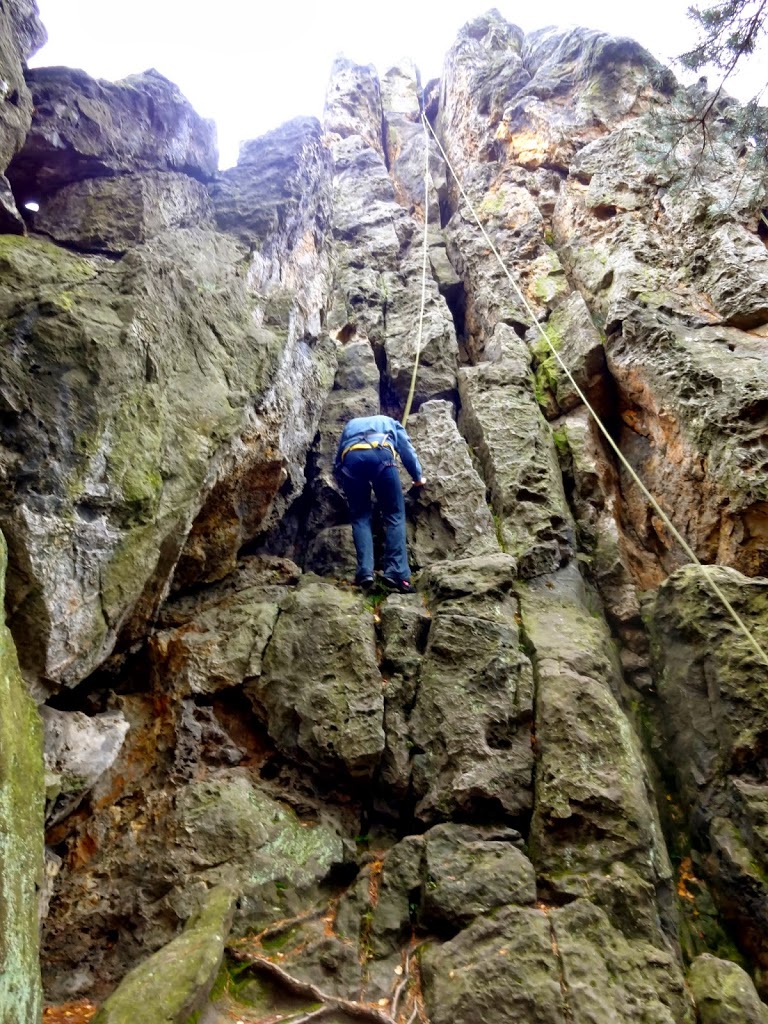 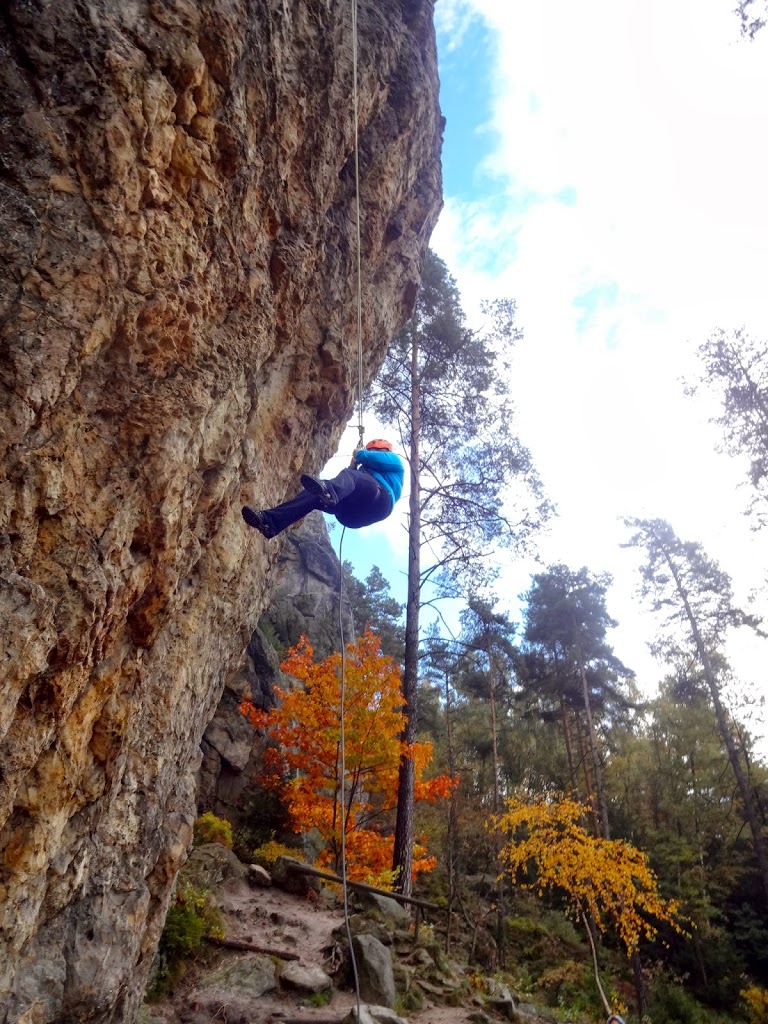 Overall, the weekend was a nice break before we started our midterm week. We shared many laughs playing Spoons on our free evenings, enjoyed watching students and leaders surprise us with their piano skills, had a few worries over facing our fears of heights or small spaces, and received plenty of cheers after completing different experiences. 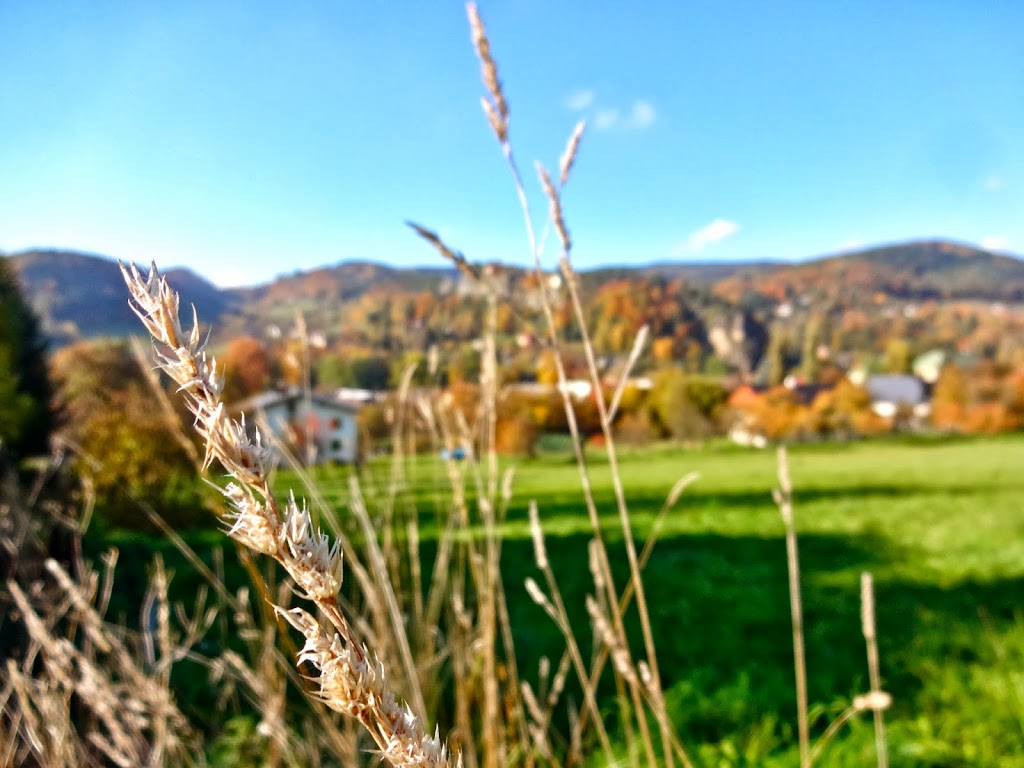 Lisa Jordahl is the Fall 2013 CEA MOJO in Prague, Czech Republic. She is currently a senior at St. Norbert College Read more about our CEA Content Creators.
Leave a comment
Newest on top Oldest on top
Load more comments
Thank you for the comment! Your comment must be approved first