Our Excursion to Granada

October 23, 2013
by CEA Content Creator
SHARE SHARE
Granada: Spain’s third largest city, home of La Alhambra, and our first major CEA excursion destination!
We left on Friday after final exams, spent two nights in a hotel and returned Sunday evening. The trip was too short to see all of what this gorgeous city had to offer, but we now have a comfortable idea of what it is about and I saw enough to make me excited to go back. I am spending my Spring 2014 semester in Granada after finishing up here in Alicante, and this visit has got me even more pumped about it!
After just the first night of being there it is easy to tell that Granada is no ordinary tourist destination. As opposed to other “vacation hotspots,” in Spain that I’ve seen so far, the difference is that Granada seems to be where the city’s culture is the main tourist selling point.
The bus ride there was about 6 hours, but the views of the Sierra Nevada Mountains and different little towns and farms were gorgeous, which helped with the lengthy ride. After arriving at the hotel, we had about an hour to prepare for the mini tour and flamenco show that CEA signed us up for.
We were dropped off with another group of tourists and had a guide take us through a beautiful part of the city. 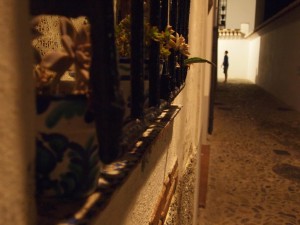 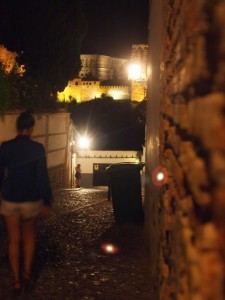 Afterwards, we went to the place where the flamenco show was. The show was incredible! The dancers were able to tell a beautiful story through their loud and powerful singing, flamboyant dancing and body language. 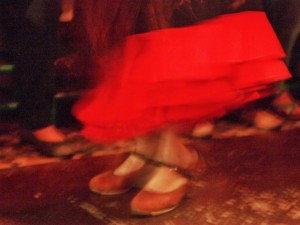 The next day, Saturday, we went to La Alhambra, the main tourist attraction of the city. I’ve seen pictures of this place and however beautiful it looks in the photos, in person it’s beyond that. We also had a guide throughout our entire walk through La Alhambra, and although a lot of what he was saying was lost in translation, the history, sights, and overall feeling during the trip was unmistakable. 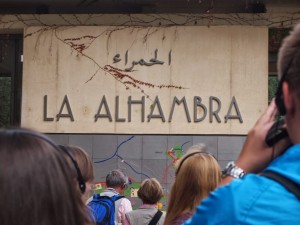 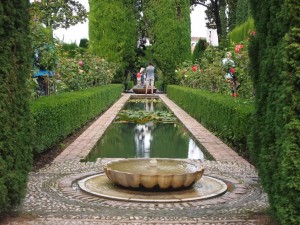 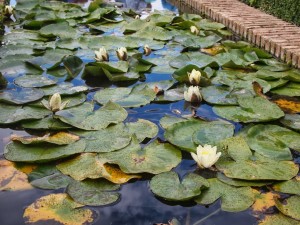 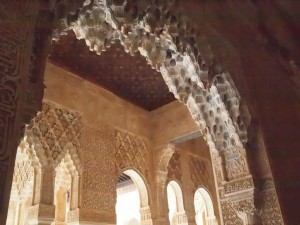 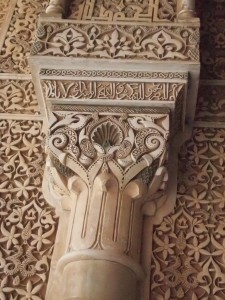 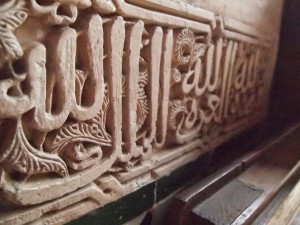 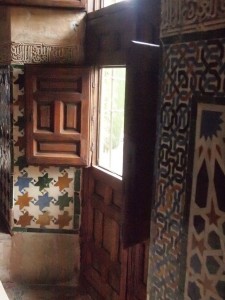 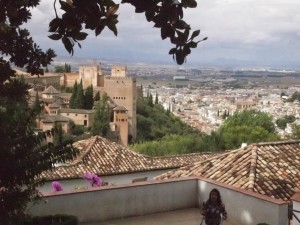 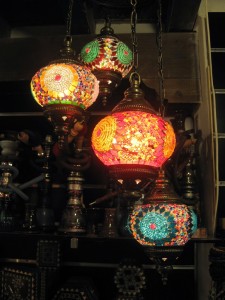 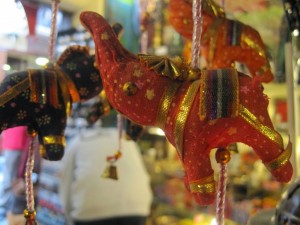 Through the mess of people, fat rain drops, and cloudy wisps of incense smoke, we found a cozy looking Moroccan restaurant/ hookah bar. Next to the name, which I wish I could remember, was a sign noting that everything served there is vegetarian, so this place was appealing to everyone, even the meat lovers in the group. The feeling of the place matched the relaxing, serene feeling that we had been experiencing in Granada thus far, and we loved it. I recommend getting the “menu del día” when going out for lunch, which is usually a 3-course condensed menu (you’ll have 3-4 options for an appetizer, about 3 options for the main course, and dessert) and is usually a good value for the amount of food. After lunch we shopped around some more and then made it back to the hotel for a mini siesta and to prepare for that night. 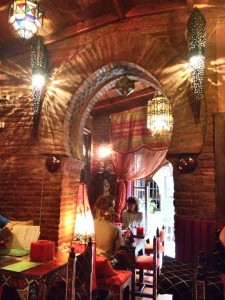 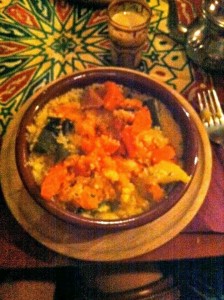 That night my friend’s and I went out to eat and to a few pubs. First, we went to find a place with good tapas (small sandwhich- like nibblets, which Granada is famous for) and went into a decently filled restaurant that was playing the Real Madrid game. The tapas were mediocre, but the buzz of people and fairly cheap tapas and sangria left us happy. We moved on to other bars but ended the night early so that we could make use of the last day we had in Granada.
We woke up to rain on Sunday, so we ate our delicious continental breakfast (seriously the best free hotel breakfast I’ve ever woken up to; no bruised bananas and boxes of Frosted Flakes) and left to roam the quiet streets. We walked by a couple and excited family exiting a cathedral after their wedding and despite the rain, the couple was beautiful. Rain on a wedding day is said to be any bride’s worst nightmare, but the magical warmth of Granada seemed to make the rain not even phase them. It’s difficult to explain but between La Alhambra, the Cathedral, and Moroccan trinket stores, Granada is kind of a magical, fairy tale city. 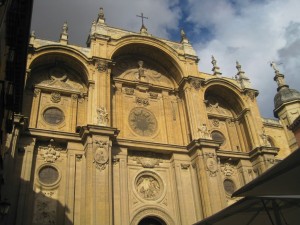 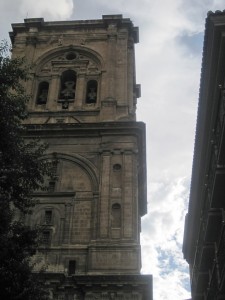 Kiana Fukuda is the Fall 2013 MOJO in Alicante, Spain. She is currently a sophomore at California State University, San Marcos.
Read more about our CEA Content Creators.
Leave a comment
Newest on top Oldest on top
Load more comments
Thank you for the comment! Your comment must be approved first