How Language Barriers Have Changed Me 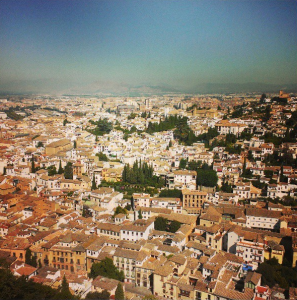 The view from the top of the Alhambra

One of the toughest things about studying abroad in Granada, Spain, is speaking Spanish and constantly trying to perfect it and grow as a better Spanish speaker. It is a lot of pressure, but also one of the best things about being here.

When I arrived in Granada, I realized that my host mother did not speak any English, which was a bit discouraging at first. The first thing she said to me was that she got off the phone with my "mama and papa" and I thought she said she made me "papas fritas" (french fries), and I reacted completely different than what was expected. Along with jet lag, an empty stomach, and being in a completely different continent, I felt like a stronger person that first day. I knew I failed many times with my Spanish but I kept trying and trying; I had/have no other choice. And that's what's making me stronger.

In the classroom setting, I realized that it took me longer to formulate my words in Spanish. Yet when having a conversation with my host family and other Spanish friends, my Spanish spilled out without force. At first, it was hard to relax and trust in my knowledge, but it wasn't until after translating between my host mom and my mom back home that I realized I knew more than I thought.

Other than English and Spanish, I also speak Assyrian. My mom was talking to my host mom (via Skype) in Assyrian and my host mom was responding in Spanish. I translated their conversation almost perfectly. I realized then that I had to stop thinking too much about formulating perfect Spanish sentences. I accepted that I cannot be perfect at it, and that I know so much more without trying to know. I mean, I won't deny that I said dust (polvo) sandwich when I meant to say turkey (pavo) sandwich, and calamari (sepia) when I meant to say pill (pastilla). But it happens and you'll most likely get a good laugh out of it.

Living with a host family, making Spanish friends, and participating in intercambio (tutoring Spanish speakers English) makes learning Spanish much easier. With that, I got the encouragement to learn another language while in Spain: Arabic. I have wanted to learn Arabic for many years and my little epiphany gave me the courage to enroll in the class.

Taking on a fourth language was something I totally neglected before coming here. Now, I notice how much the language barriers have turned me into a motivated person. It's a surprise to see such a change in my way of thinking (after being here for only a month), and how I'm not letting go of any opportunity that comes my way. 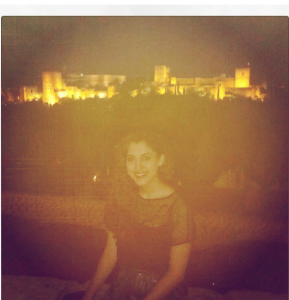 Stephanie Khio is the Fall 2013 CEA MOJO in Granada, Spain