Exploring Costa Rica is probably the most exciting part of my study abroad experience. Through my photos, I would like to take you on our trip to Cuajiniquil, a small fishing village in Guanacaste. Snorkeling was probably my favorite part of this trip, and it was nice to see one of the most treasured parts of Costa Rica. 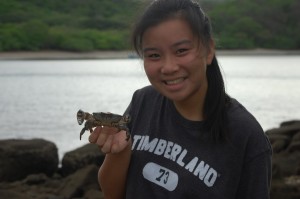 Discovering the intertidal zone in Cuajiniquil 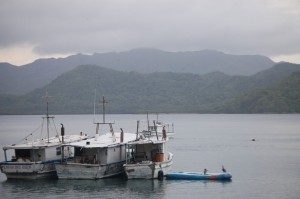 Cuajiniquil is a quaint fishing village in Guanacaste. It is located on the Pacific coast of Costa Rica near Santa Rosa. There are about 2,000 people living in and around Cuajiniquil. The people harvest sea life such as lobster, octopus and red snapper. It is close to Nicaragua so there is a mixture of Costa Ricans and Nicaraguans that use the abundant sea life. It is a vital area for biodiversity 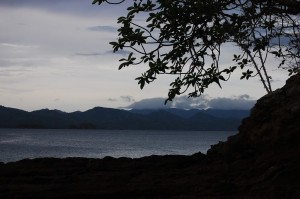 The intertidal zone is a unique ecosystem. It is a very harsh area and uninhabitable by many species. The species that do live there are well adapted to the constantly changing conditions. Empty shells may seem non-valuable for the ecosystem, however they are essential for other organisms looking for homes such as hermit crabs. The world’s beaches have suffered devastation due to people taking part of the beach home. This is why it is important to just look and take pictures. 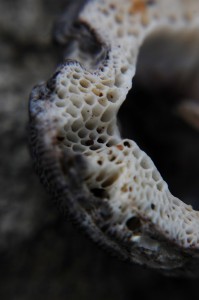 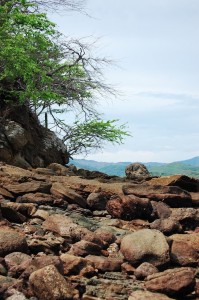 The rocks had many layers due to the fact it was an island and during formation different layers were established in the land. 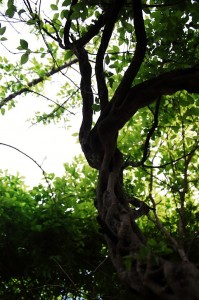 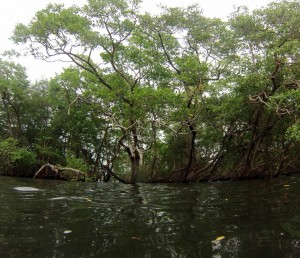 Mangroves are an extremely important part of the ecosystem. They are very unique because of their ecological niche, which allow them to live under harsh saltwater conditions. They grow in tropical and sub-tropical zones around the world. They have adaptations in order to survive the salty conditions. The roots of the mangrove contain a waxy residue that helps keep some salt out, and their leaves have glands that can secrete the excess salt. They can also close pores in order to keep freshwater in. They are important for a lot of other species which use them as a refuge. 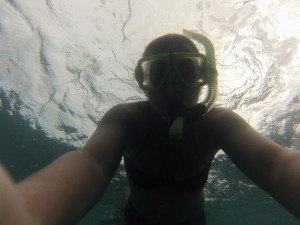 We snorkeled at a reef that was in the process of recovery. It was once empty but the corals had begun to grow again and the biodiversity was amazing 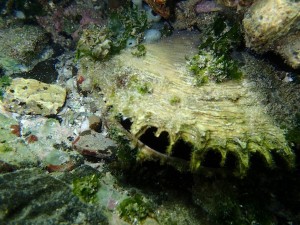 The area was beautiful. Even the most simple things managed to have their own unique beauty 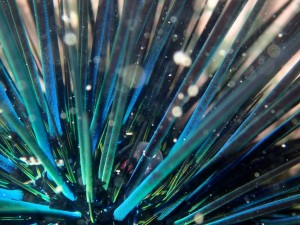 Diadema mexicanum (Pacific Mexican Sea Urchin) is an important member of the marine ecosystem. They have a role in controlling the algae growth in the coral reefs. While they can be a benefit in the ecosystem in manageable numbers, they can also cause a devastating effect in large numbers. They are a huge factor in contributing to bio erosion. After El Niño, from 1982-1983, the coral reefs of the pacific coast of Costa Rica were severely damaged. After that, scientists saw a massive rise in the population of Diadema mexicanum. This sea urchin tends to thrive in areas of damaged corals because of less competition for the algae they eat 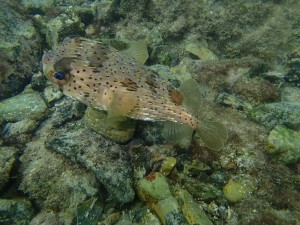 The puffer fish were quite aggressive if you got to close. They would often swim directly at you when all the other fish would swim away. 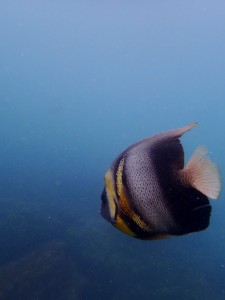 Pomacanthus zonipectus (Cortez Angelfish) is a semi- aggressive tropical fish. They are large fish that have coloration variations between adults and juveniles. The juveniles tend to have electric blue and yellow strips against black while the adults have a grayish black and white body with yellow strips and bright blue highlights on the fins. They eat sponges and corals. Adults tend to live in pairs while juveniles are solitary and territorial 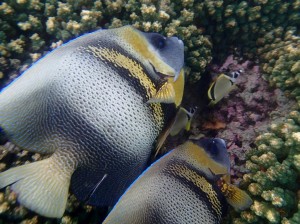 These Cortez Angelfish were amazing to watch