Active Learning in Paris - On the Metro and With Coffee

November 14, 2012
by CEA Content Creator
SHARE SHARE
We all learn everyday in different environments. Most of us learn in the classroom where a professor goes on and on, and then near the end he or she will talk about how important the subject matter is. When you learn in the classroom while studying abroad, they tell you it’s all-important because it is! The moment you step out of the classroom into the streets you are using what you’ve learned.
When you go into a new area you might have to learn on the spot. This is what we call active learning. This is when you learn outside of the classroom or what I like to describe as when you are forced to learn.
The most important things to learn are all the differences between your own culture and the one you are living in. People often have different rules when they are on the street or in the Metro (subway). Before coming to France, I spent a semester on a film set working as a production assistant in the city.

In New York City it is often the case that you can walk in front of traffic or rush people in or off subway trains with a guiding nudge. In France this is all forbidden. In Paris people do not walk in front of traffic, nor do they push one another in the metro. When I first took a ride on the metro, I had to realize that people are not nearly as aggressive as they are in New York City. 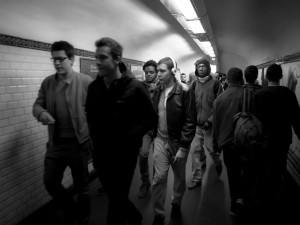 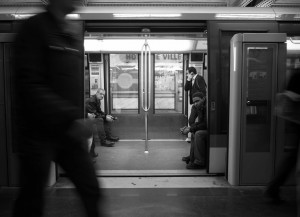 Another difference when compared to New York or the United States in general are the cafés. In the United States we are used to grabbing a coffee for one to two dollars and taking the smoldering cup of Joe on the run; only to have it spill everywhere when you go to take a sip and you realize that the lid isn’t on tightly. Even if you are one of the very lucky few that get to taste their coffee before spilling it everywhere, you will be unpleasantly surprised at the horrid taste of cheap American coffee.

In France, coffee, or more commonly espresso, can be enjoyed because the flavors are fantastic. Though the drink is always served in a practical joke sized cup that looks like it is designed for a leprechaun. The drink is always as good as the last. A French espresso can be enjoyed in less than five minutes or can be taken to a cozy seat outside so that you can join the national sport of watching people as they pass by. France does in fact have some of the best coffee I have ever had in my life. 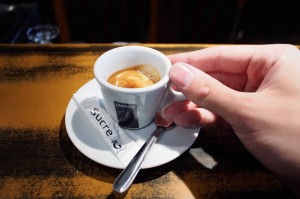 Matt Mitchell is the CEA Fall 2012 MOJO in Paris, France