My Trip to Strasbourg, France: A CEA MOJO Excursion

Strasbourg is a place unlike any other. The city of Strasbourg is on the edge of France near Germany, and throughout history, the city went back and forth between German and French rule. The city is located in the Alsatian regain of France. We traveled by train to the city, took a boat tour and then explored the city on our own. This is what I saw.

This is the inside of the large church that is found in the middle of the city of Strasbourg.

The incredible organ for the church was unlike any other I’ve ever seen. 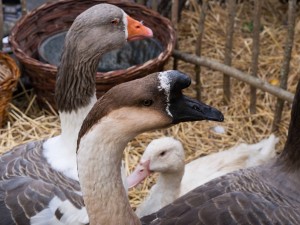 These guys are being prepared for “Foie gras”, which means fat liver in French. The reason is for this name is because of the way the goose is prepared. In France the goose is forced to eat so that thier liver will become fat and then it is cooked for this delicacy. These poor guys don’t realize the ill fate they will soon face - they just think it’s all free food…

We all felt that the city was full of tourists. There were English people as well as others flooding the city. The people who live there are accepting of visitors and there were many shops designed for tourists, but if you looked hard enough you can spot locals.

They watched us from the sidelines as our tour boat pulled into a small canal there. A large wood door shut behind us and the water level began to rise slowly. When we were finally level with the water behind the door in front of us, it opened and we went on through more of the city.

He found us. While we sat along the river at night this large creature came our way. This looks like a beaver but has the tail of a rat. This is a Nutra Rat. The rats are very large and are great swimmers. He walked near us and said “hello” before making his way back into the water.

Strasbourg at night was another sight all together. Most of the city shut down and we wondered around the dark streets in and out of small bars for some late night coffee. 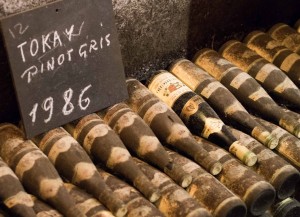 In the vineyard we visited, there were all kinds of wines aging from previous years. These are from 1986 but there were others that predated World War II.

In the morning from the hostel room, we could see an unbelievable fog coming into the city. The buildings were hidden behind it. 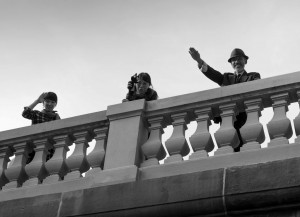 What cannot be written is the kind nature of the people in Strasbourg. We saw a great amount of the city in a short period of time. As we took a boat tour, people waved and joked around. We all felt welcome in the city. 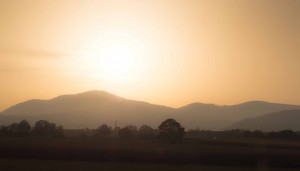 A great view of the sunset as we raced through traffic to the train station in hopes of catching the last train from Strasbourg.