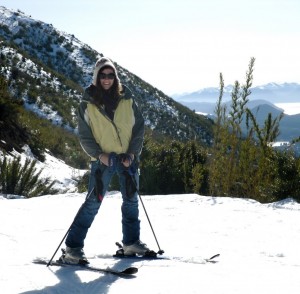 The day I left for Buenos Aires, Argentina, I received a lovely email from one of my best friends; she had recently studied in Grenoble, France, and had some terrific words for me. She told me, “I hope your experience is everything you want it to be, and more (though most likely it will be better than you think, but just different because that's how it was with my expectations)!”

I know she has experience in the realm of living in another country, but my friend couldn’t have been more right! I didn’t really know what to expect when the plane set down in Buenos Aires, but I still had ideas of what things would be like from reading books and talking to other people.

Before I arrived, I thought that my Spanish was going to be more than fine to get me through life in the city, but a brush-up would help, (which is why I chose a program that included a month of Intensive Spanish classes) and that I would immediately feel comfortable in my surroundings. Instead, when I arrived, I was so nervous that I forgot all of my Spanish outside of “Hola, me llamo Caroline.”

That’s okay, though, because the CEA staff who received me at the airport were all too friendly and helped break down some of that nervousness. My homestay mother – Pipa – also has really helped; I’m so glad I chose homestay life because my Spanish has significantly improved and a large part of that is being forced to communicate with an entire family in Spanish. I wasn’t exactly sure why I thought an Argentine family would be any different than my own, because there are more similarities than differences. My family has made me feel so welcome and also found a way to give me as much freedom as I would have had if I had been living in a dormitory at college back in the United States.

Then, there’s city life. Never having been to Buenos Aires before, I expected it to be a lot like New York City. But Buenos Aires is unlike any city because it’s a combination of every city I’ve been to before. Here, the buses are the king of the street; the subte is much like the Washington, D.C. metro – only a few lines, and easy to navigate; and while guidebooks proclaim the city to be “the Paris of the South,” it’s really a mix depending on what barrio (neighborhood) you’re in.

Belgrano, where the University is located, reminds me so much of Boston. But the cobblestone streets of Plaza Serrano, in Palermo’s neighborhood, are like something straight out of Rome; and where I live, in Recoleta, I can see the French-inspired architecture. While New York City boasts Central Park, Buenos Aires has multiple smaller parks that are great to sit in for people watching, and now that we’re pulling out of ‘winter-mode,’ they are full of people all the time.

Finally, school – that’s what I came here for, right? Well, it appears that there actually is a “study” to “study abroad.” I made it through my month of Intensive Spanish Language unscathed and with friends from all over the United States.

Now that I’m in my regular semester classes (and hitting midterms, mind you!) I know people from all over the world and I’m even friends with Argentines. I thought I would just be friends with other students from CEA because I didn’t expect there to be much of a mix-and-mingle, but I really am getting to know people from all over, which is great. And, for the most part, I love my classes at the Universidad de Belgrano.

The University offers a great selection of classes, so people with a wide variety of majors can find classes to take. I’m enrolled in: 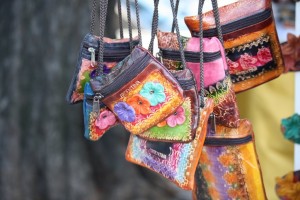 I was worried that taking classes in Spanish would be over my head, especially after my first two or three days in the city, but I’m acclimated to it now. Two of my classes are actually taught in English, and when the professors start speaking, it seems weird that it’s not in Spanish.

I tried to come to Argentina with open arms and embrace a culture that’s different than the one that I am used to, and I’m now finding it easier and easier. By making friends from all over and talking to my CEA friends’ homestay families, I’ve now done things like:

• Go to an 85-year-old Spaniard’s birthday party
• Go to a REAL milonga – one that’s built into someone’s house like they used to be in the beginnings of tango
• See sights that I’d only dreamed of (Iguazu Falls, the Andes, etc.)

Caroline Atwood is currently studying abroad in Buenos Aires, Argentina. She is majoring in International Studies at the University of South Carolina at Columbia. Read more about our CEA Content Creators.
Leave a comment
Newest on top Oldest on top
Load more comments
Thank you for the comment! Your comment must be approved first