The US Presidential Election Hits Home for a CEA Barcelona Student 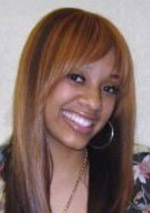 It is common knowledge that over the last few months Barack Obama’s Facebook has been going through the roof but how many can beat CEA Barcelona student, Precious Scott’s, credentials? Not only is Precious African-American but she is also a Democrat from Chicago who until recently attended the same church (Trinity United Church of Christ) as the future President of the United States. A Mass Media Arts major from Clark Atlanta University, Precious was unsurprisingly delighted with the recent election results:

I remember crying when I heard the results. I was so nervous over the last few days of the campaign that it was overwhelming to realize that my country had elected its first black President. I never thought I would see it happen.

Asked what change she thinks will come to America, Precious is convinced that Obama will revamp the economy as well as introducing big changes in education especially regarding benefits for students in community colleges. Barcelona is Precious’ first experience outside the US and she has enthusiastically embraced her new culture. “When I first arrived, I experienced extreme culture shock. It seemed like no one spoke English, but I’ve soon learned to love almost everything about Spanish culture, the food, the dancing, the beaches, the architecture, the historical sites and especially Gaudí.” However, Precious does admit that she was surprised to discover that studying abroad is by no means an extended spring break vacation: “I thought studying abroad would be an easier workload than back home, but I’m putting in some long hours. I particularly enjoy the Media and Politics course, because back home we don’t compare both media and political systems, and my Spanish Civilization and Culture has taught me a lot about the history and different religions of Spain.” A new President, new culture and new language all in one semester: not bad for your first experience of study abroad! Discover everything that Precious has fallen in love with by studying abroad in Barcelona yourself! Read more about our CEA Content Creators.
Leave a comment
Newest on top Oldest on top
Load more comments
Thank you for the comment! Your comment must be approved first