What It's Like Being a Sports Management Major in Barcelona 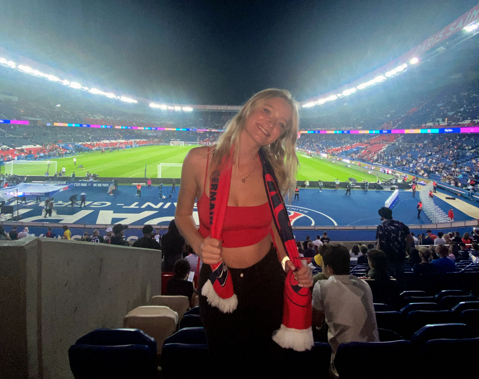 When deciding where I wanted to study abroad, I had specific criteria to benefit me as a student. Things like the weather, language, and location were important to me. Still, as a sports management major, the sports culture was a top priority. As I considered locations, I wanted to find a rich sports culture to compare with sports in America. I narrowed my options to Barcelona and London. Still, ultimately I chose to study abroad in Barcelona because sports are not just a game you watch once a week – it's a lifestyle here.

People live and breathe futbol (soccer) here. Futbol is like a religion, and people make decisions each day based on the team they follow. Naturally, one of the first things I did once I had my school schedule was to look for a game that I could go to. Barcelona is home to one of the most famous teams globally, FC Barcelona, but since getting tickets during COVID is very hard, I turned my attention to another great team. 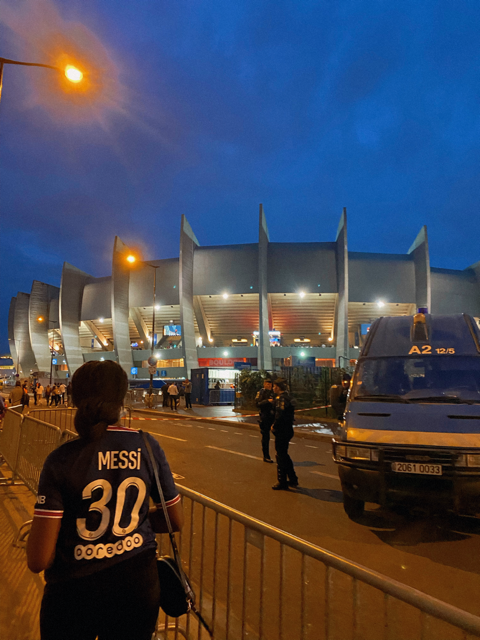 I had always dreamed of going to the Paris St. Germain game to see Messi, Neymar, and Mbappe, so I found a friend who wanted to go with me, and we booked a flight to Paris. Last Friday morning, we left Barcelona, and less than two hours later, we were exploring Paris. I had been there two years ago - coincidentally during the FIFA Women's World Cup where we watched the US Women's National Team play on a big screen in a park - but it was my friend's first time, so we spent the day roaming Paris and taking in the sights. Paris has an excellent metro system, so we could see the Eiffel Tower, Sacre Coeur, the Louvre and enjoy lunch at the bar below our hostel. We stayed at a hostel where we met students from Norway, Botswana, and Denmark.

Saturday morning, we woke up and took the metro to Parc de Princes to grab some Paris Saint-Germain gear from the PSG Official store to make sure we fit in at the game. On Saturday night, I never expected the match to remind me of college football game days. The home side stands looked like a student section with flags waving and chants throughout the game, all for their local team. When compared to my experience at NFL or NBA games, it is so different. The passion for the game is nothing like I have ever seen before. The number of people with that level of passion is something we don't see in America.

I have been researching why that is. Why is the fan enthusiasm and passion at a European soccer game so much stronger? I think it has to do with the number of teams that are located within a country. There are 20 teams in France's Ligue 1 with a population of 67 million nationwide, compared to the NFL, which has 32 teams in a country of 328 million people. In Europe, futbol isn't just a sport - it's a movement. People grow up supporting one local team, and wearing a jersey isn't just to show support for the team. It is their identity and part of their community's culture. Being a club fan is like joining a family, and I could really see that at the game. I have never been so welcomed at a sporting event, from offering to take my pictures or throwing me a flag to wave with them. I loved every moment. PSG won the game, 2-0, and at the end of the game, the players went to each end of the field to thank the fans for coming to support them. Together, everyone sings their club's song before heading home for the night. 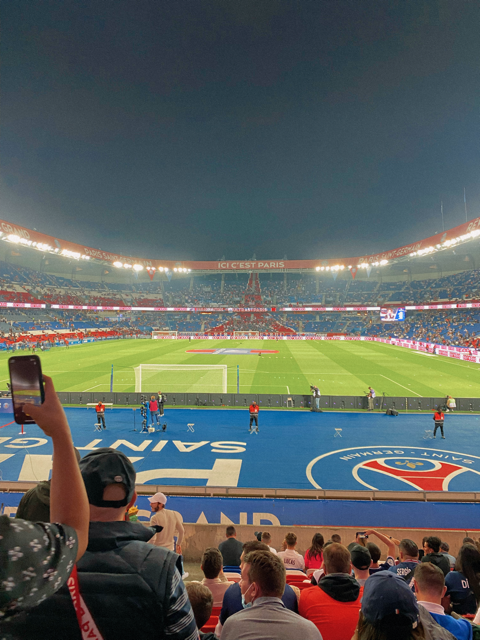 I realized no one was rushing to make sure they caught the metro before it got too crowded or too late, and they didn't worry about their plans for the following day. It made me think about how much a game means to each person, especially when comparing it to American sports. I have never stayed after a game to watch the players go into the locker room, but I have thought about how long I would sit in the parking lot or the traffic on the way home. In Europe, they focus on the present moment – watching the players enjoy the win or chanting one last time with their fellow fans before they head home. It's one of the things that makes the sports culture here so different from the USA and so unique.

If you think about going to a match, do it, because it will be unlike anything you have ever experienced! I will never forget my first European soccer game, and while I am here, I hope to continue to immerse myself in the rich sports culture and can't wait for my next match. Let's hope it's Barca!

Hope Brown is the Fall 2021 CEA MOJO Blogger in Barcelona, Spain, and is currently studying at Lynn University.
Leave a comment
Newest on top Oldest on top
Load more comments
Thank you for the comment! Your comment must be approved first