Why a Semester Abroad Cut Short is Still a Great Opportunity 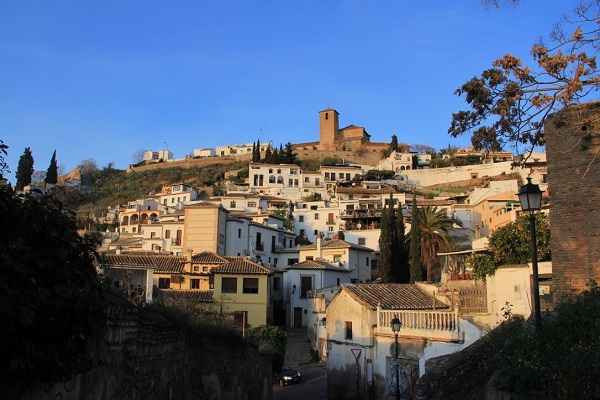 After I returned home from Spain due to the outbreak of COVID-19, I found myself wondering, “Was this trip worth it?” “If I knew I was going to have to return home just seven weeks into my study abroad experience, should I have still gone?” These questions swirled around my head for weeks after I got home, as I was emotionally pulled in so many different directions. I didn’t have time to process leaving Granada. It all happened in 18 hours, and the entire time, I was swirling. I was booking flights, meeting with the onsite staff, shopping and picking up souvenirs, visiting my favorite bakery, walking down the streets of Granada one last time, and saying a tear-filled “goodbye” on the corner of Gran Vía de Colón to my new yet lifelong friends. I only processed that I was leaving Europe on my flight home to New York City, when it hit me like a truck… I’m heading home. I don’t know when I’ll go back. But, after reflecting on my amazing time in Spain, I do know that my short time in Granada was worth every second of planning and preparation to get there, even if it was shortened. 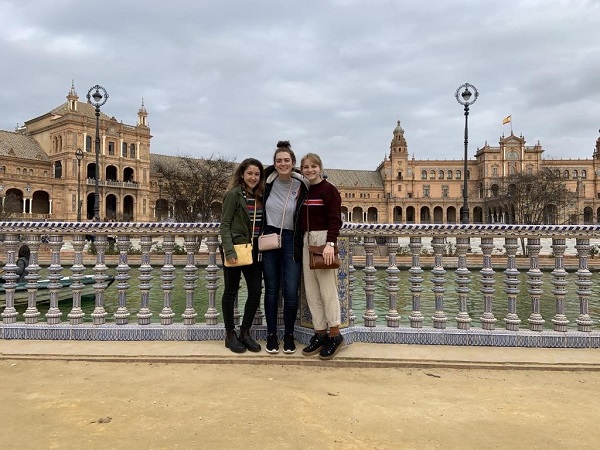 Had I not ventured to Granada, I wouldn’t have taken a huge step out of my comfort zone, which is something I’m continuously looking to do more of as I become more confident in myself. Making the commitment to go to Granada wasn’t easy, and embarking on the process of eventually getting there was even harder. However, pursuing this opportunity pushed me outside of the New England area and into a part of the world I had never explored before. Going solo from my home institution to Granada has empowered me with a sense of confidence I’ve never felt before, a sense of confidence that has helped me manage the circumstances I faced in Granada, as well as the new ones I’m facing back home. Spending seven weeks in Granada taught me how to keep being the best version of myself in the face of normalcy to sudden adversity, and I never would have had that opportunity had I not chosen to study abroad.

Aside from stepping out of my comfort zone, I chose to study abroad in Granada, Spain, for the incredible opportunity of full Spanish immersion. Once I arrived in Granada, I was immediately speaking Spanish. After settling into my apartment, I ventured around town and popped into bakeries, grocery stores, and other shops, and I practiced using Spanish right away. My classes were all taught in Spanish as well, which truly tested my abilities to confidently use my second language in a new environment. I took classes in Spain I would never have been able to take in the United States at my home institution, and many of my peers were in the same boat. The opportunity to travel abroad can offer students a plethora of opportunities to take courses that are unmatchable to any offered back home. Whether or not you’re trying to master your Spanish like I was in Spain, going abroad offers so many global, academic opportunities that are often unparalleled to those back home. Even though my semester abroad was cut short, I was still able to undergo many challenges and achieve many successes in the classroom, making my trip to Spain extremely worth it. 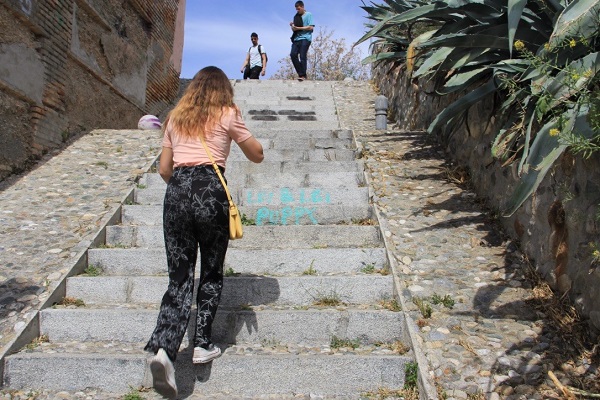 Had I not spent those seven weeks in Spain, my Spanish-speaking abilities would not be where they are now, and I’m so glad I had the opportunity to improve my speaking, reading, writing, and listening skills in a variety of settings. Although I was often asked where I was from, because my accent wasn’t Spanish, the exposure I received to the language, from a professional, academic setting to a more colloquial, or “culta,” experience, has helped me immensely in so many ways.

Having a strong background in Spanish enabled me to make connections right away when I was in Spain, and this ended up being my favorite part of my study abroad experience. I stepped outside of my study abroad group at times to explore activities through the University of Granada. I went to the Athletics Office, signed up for a hike a few Saturdays into my stay, and ended up meeting some of my closest friends who helped me feel welcomed in Spain, even though they would poke fun at me for my Spanish (but “con cariño,” of course). From there, I volunteered at organizations and schools in Granada, met a baker at a bakery who I got to know on a first-name basis, and made as many connections as I could in just seven weeks. Establishing these strong ties throughout my stay helped me form an immense love and bond to Granada, and I know it will be seamless to visit the only foreign city I’ve ever known again one day. 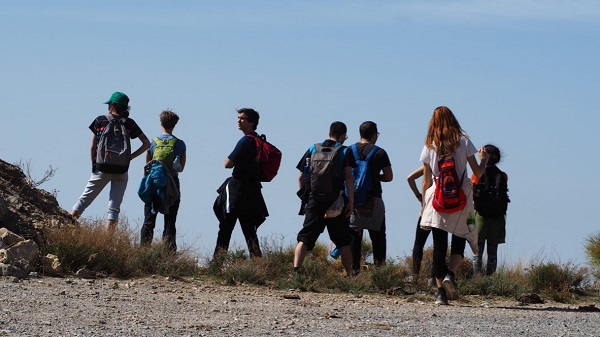 The memories I made in Granada are memories I’ll carry with me forever. From venturing into the Sierra Nevada mountains with a group of people I met the morning of the ascent, to taking a bus to Málaga and getting sunburned beyond belief, I can’t help but smile when I think of Granada and all of the fun I had while I was there. Even though being at my home in Connecticut is not where I expected to be at the beginning of May, I’m able to reminisce about Granada and all of its treasures. I feel eternally grateful to have been able to study abroad in such a beautiful, wholesome city, and I don’t regret my decision at all, even given the outcome.

One thing I’ve learned from everything this semester has shown me is to never take anything for granted. You never know when you might experience your “last,” with someone or of something. I certainly didn’t know that my last day in Granada would be jam-packed with seemingly too-short “goodbyes” and frantic planning to make my way back to the United States. Now that I’m on the other side, all I can say is that I’m so thankful to have lived, studied, hiked, wandered, explored, laughed, cried, dreamed, and so much more in Granada, Spain, for seven weeks.