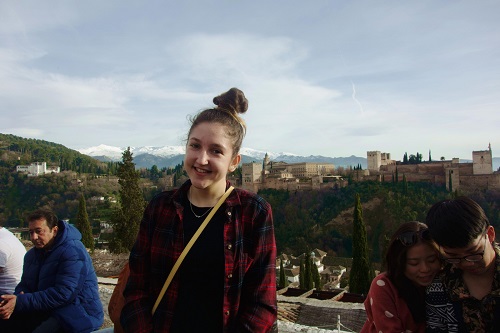 Studying abroad is a tremendous experience for any college student.

It involves uprooting your everyday life at your home institution to embark on a revealing, culturally shocking journey. With many adjustments to make and customs to get used to, study abroad is a very personal, challenging experience, and it comes with its own different set of hurdles for a first-generation college student. 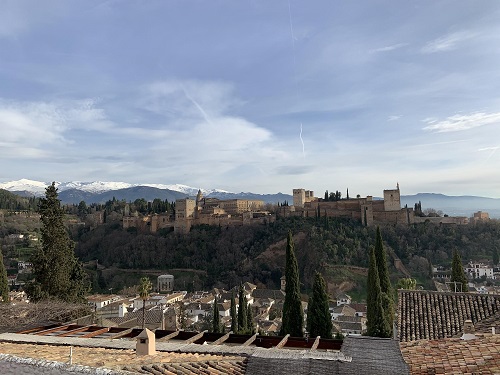 I’m a first-generation college student studying early childhood and elementary education with a minor in foreign languages (Spanish and French) at Champlain College in Burlington, Vermont. I had tremendous support from my parents in the process of applying to this school and going through the steps of enrolling, but unlike many of my high school peers, I didn’t get much advice from my parents during the months leading up to decision day. Sure, they were able to support my decisions and agreed to tour Champlain with me, but they couldn’t provide specific knowledge that someone who had graduated from college could. They didn’t have any alumni connections or university contacts. They didn’t know which schools I should turn to based on what I wanted to study. With this lack of advice, I had to do a lot of searching, planning, applying, deciding, and committing on my own. This reality of not really knowing where to start transferred over to study abroad, and it made me fearful that I wouldn’t be able to fulfill my dreams. 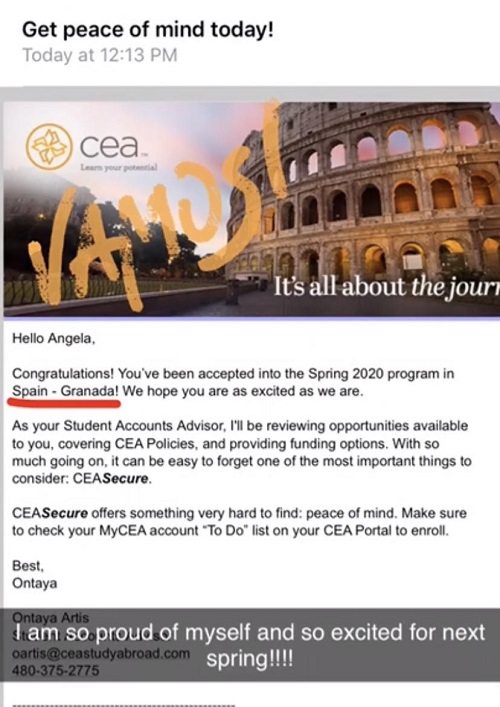 This call didn’t go exactly as I had hoped…

When I called my family and told them about my intentions to study abroad, my mom was initially surprised, and she was generally against the idea of me going abroad. She was afraid of the change for me, likely because she has never been to Europe before and didn’t know what to expect, and thus, she didn’t want me to do it. Although I felt discouraged after this conversation, I pressed on, and I hustled every single day to show my family that I could go abroad, and that I was going to go, no matter what.

For months, I worked on filling out the CEA application after being accepted, applied to several scholarships, got my visa, met with advisors at my home institution, worked out my financial aid to apply to study abroad, and finalized my travel plans to arrive in Granada. I persisted through the doubts that were circling around me, through the guilt that I felt for doing something that was different and nontraditional for my family. At the end of this grueling process, after having to truly manifest my independence and advocate for myself, I was ready to go to Granada on my own. During the last week of January, I said a heartfelt “goodbye” to my mom, dad, and sister at John F. Kennedy Airport in New York City with an immense sense of pride. 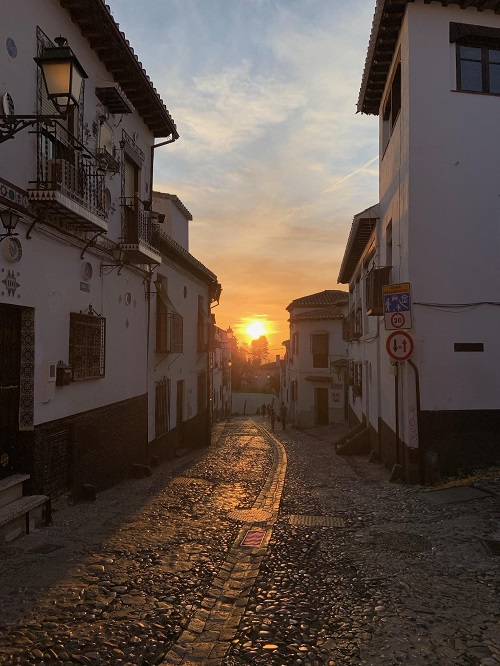 I am so proud to be here in Granada, Spain, studying the Spanish language in a way I never have before. I am proud to be the only student from my home institution studying in Granada, as well as the first Champlain student to ever venture to Granada for study abroad. I am proud to represent my family here in Spain through my study of Spanish, something I only ever dreamed of until a few weeks ago when my dreams became real. 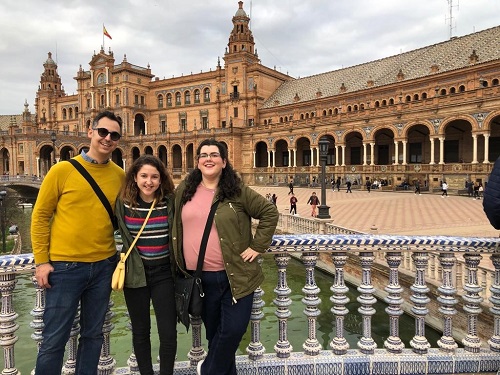