A Student’s Guide to Dark Tourism Through Paris 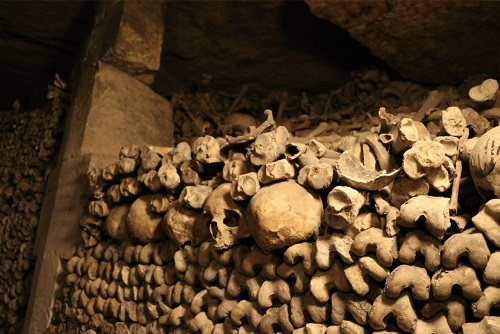 Ah, Paris. The city of light, love, and brutalizing murders.

Many people go to Paris to propose or fall in love under the sensual city lights. But not all of us. For some of us, there is truly nothing more romantic than walking through the city’s dark, underground cemetery of human bones. As a concept, dark tourism is nothing new. For decades now, people have been looking for historical spots that are all about the gross and gruesome. It comes as no surprise that Paris, with its guillotine getting more use than a slot machine, would entice a very particular crowd. One of the many things that makes this city so incredible is the bloody history. Even before I began my study abroad program here, the world-famous catacombs were on my bucket list of places to visit. With this list, I’ve compiled some of the best spots for students to visit if they’re looking for a place to visit that's out-of-the-ordinary.

The catacombs are said to be one of the most haunted places in Europe. Combing over 200 hundred miles of underground tunnels, the secrets of the Paris catacombs are limitless. The walking route through the tunnels only covers about 1.5 miles, but that doesn’t mean you won’t see your fair share of bones. Skulls and femurs are organized in perfect sync through the tunnels. It’s impossible to say exactly how many people’s remains are in the catacombs, but the estimate is somewhere around six million. If this sounds like a trip you’d like, be sure to buy your tickets online in advance; lineups start early in the morning and regularly include several hours of waiting. An online ticket lets you skip the line in a matter of moments. 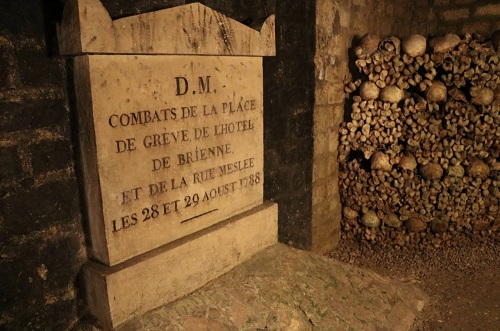 It’s hard to imagine that when the cemetery first opened in 1804, there were only a measly 13 graves. Presently, over one million remains are buried there. Some notable figures include Jim Morrison, Oscar Wilde, Edith Piaf, Chopin, Molière, and Balzac. Going through the cemetery feels like walking along the walls of a labyrinth. The graves wind on and on through uneven cobblestones and weathered concrete tombs. It’s actually quite a beautiful contrast, with the unmistakable, lively green moss growing in a place full of sorrow and death. The cemetery stretches across 110 acres of land, so there’s no shortage off intricate statues and tombs to look at. 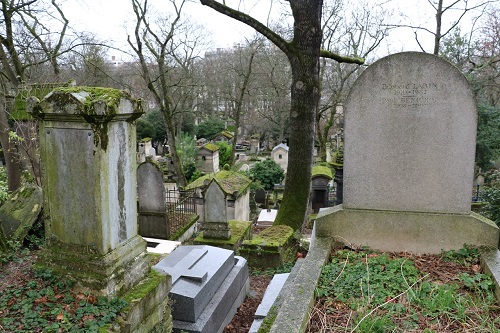 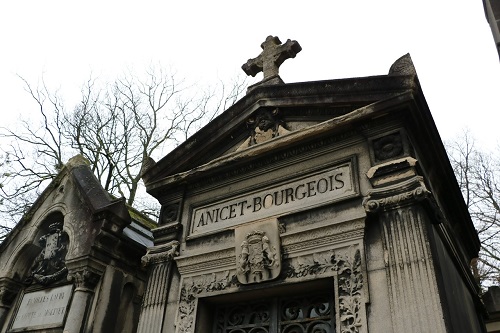 If you’ve ever wanted to see an actual guillotine in real life, then you need to go see the Musée de la Préfecture de Police. The last guillotine ever used in Paris remains here, in all its rusty glory. During its prime, people came from all over to watch France’s National Razor drop on the condemned. During its 189-year reign, the guillotine claimed thousands upon thousands of lives. Even though it was most popular during the French Revolution, Hitler brought back the guillotine as one of his preferred methods of killing 16,000 people during the Second World War on political dissidents. The last person to be executed this way was a convicted murderer in 1977, but it wasn’t officially shut down until 1981, when capital punishment was made illegal.

This one is definitely for anyone who is a fan of all the gross parts of history. The Musée des Égouts de Paris isn’t your typical walk through the Buttes-Chaumont park; it’s a museum dedicated to the sewer system running beneath the city. You can tour through the tunnels if you’d like, and learn all about Paris’s weird underground. If you’re familiar with Victor Hugo’s classic, Les Misérables, you know how incredibly detailed the system is. But these tours definitely aren’t for everyone: it’s very smelly and damp. That said, this is a unique way to learn about Parisian history and stonework dating back to the Middle Ages. 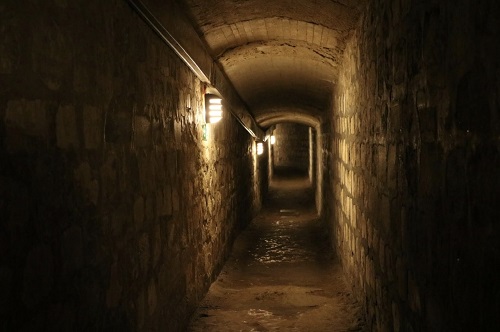 Overall, Paris has so much more history than meets the eye. If you’re interested in dark tourism, or even just seeing a less-cliché side of the city, check out some of the items on this list. There are also seasonal haunted tours that happen every year. Something great about Paris is the gruesome history beneath the romantic city lights. There is a never-ending history of Paris to see around every corner!