A Weekend in Morocco with CEA Granada 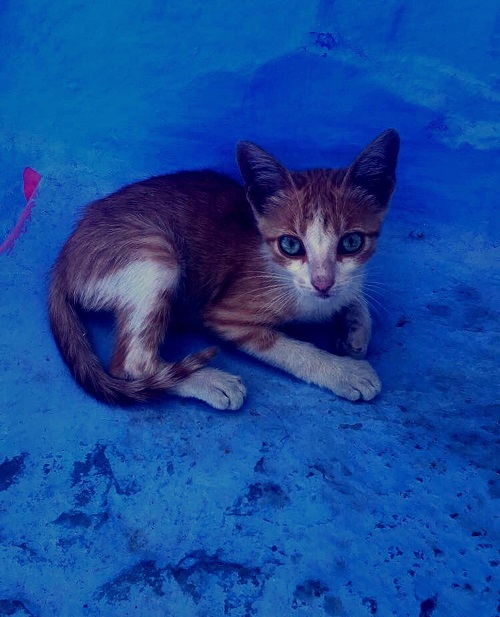 A highlight for me while studying abroad in Granada, Spain, was spending a weekend in Morocco with my program. An absolutely unforgettable and authentic experience, this trip opened my eyes even more to the beauty of other cultures. Early Friday morning, we first traveled by bus to the port of Tarifa, which is located in the province of Cadiz, Spain. At this point, everyone was so excited being so close to crossing just a short body of water to reach a whole new continent that we had never visited before. Spain and Morocco are just separated by the Strait of Gibraltar, which is a territory of the United Kingdom. We had pre-filled out customs forms given to us as we boarded the ferry, and this process was a bit of a hassle – but when is customs not a hassle? The ferry ride was quite enjoyable and only took an hour to arrive in Tangier, Morocco. As the ferry pulled up, it was quite foggy, but we were able to see the city - the architecture was so different from what I had ever seen before with all the white buildings constructed so closely together on the hillside.

When we set foot into Morocco, the whole societal and social dynamic seemed so different from Spain. We were about to experience a whole new culture. Moroccan guards with guns stood as a level of security to go through. We met up with our tour guide and drivers. These men were extremely friendly, and our tour guide was absolutely amazing. A native from Chefchaouen, Morocco, he spoke fluent English, along with four other languages. The best part was that he was our guide for the entire weekend, so he never left our sides; he was so authentic and really showed us firsthand what the culture is like in the Kingdom of Morocco. We first went straight into the city of Tangier. As we walked through the city, the first thing I noticed was the poverty. This was a clear culture shock for many people, and it made me feel devastated that there is such a significant social-class separation. We arrived at The Women’s Association in Tangier called DARNA. DARNA is community housing to help women in need - either from poverty, domestic violence, or other reasons. We had our first meal in Morocco at the Women’s Association, a very delicious meal of couscous, meat, fruit, and traditional Moroccan dessert. Everything was so delicious, and the Association staff and our tour guide welcomed us so warmly and respectfully.


We then visited an intricately decorated mosque. We also visited the Tangier American Legation in the medina of Tangier. This is United States property and displays diplomatic relations between the U.S. and the Kingdom of Morocco. The Cave of Hercules was also very interesting and beautiful. An impressive sight to see, the opening in the cave overlooks the ocean. Before heading to our hotel for the night, we got to see and ride camels! The camels were all so cute, and there were even two little babies. As we headed to our hotel for the night, I felt overwhelmed and overjoyed by the new and cultural aspects of Morocco we had experienced. It was absolutely amazing and fulfilling to not only see but to experience another culture so far from home. However, even a little bit of home was in this new place.


Our second day in the Kingdom was by far my favorite. We first visited Tétouan. It is known as the “white dove” because all the buildings in the medina are painted white. Walking around the medina of Tétouan, we saw many little shops for food, shoes, tools, etc. This was the first I noticed how many cats are really living in the streets of Morocco. In my three-day visit there, I think I saw almost 100 cats! They were so cute, and most of them looked well fed. We were told later during our tour that the cats are “community cats” and that everyone helps take care of them.


After Tétouan, we traveled to one of my favorite places. Chefchaouen, Morocco, is known as the “Blue City” or the “Blue Pearl.” Everything is painted in blue and white. Not only is the city beautiful to look at -- the culture is also so beautiful. We were grateful to be able to spend the afternoon with different native host families of Chefchaouen. They generously opened their homes to us, spent time with us, and made elaborate, traditional Moroccan meals for us. I could not have been more impressed with the whole experience. Three other students in my program and I walked to our host family’s home and were introduced to the mom, one of her daughters who was about 30, and one of her grandchildren. The mom spoke a little bit of English, but not much. The daughter spoke English fluently and spent that afternoon sharing beautiful glimpses into life in Morocco. We learned that children in Morocco learn both Arabic and French in school and then have the choice to also learn Spanish or English. So, many young people are given the opportunity to know three or four languages.


The family prepared an absolutely amazing meal for us. They had cooked chicken with a lemon, traditional sauce drizzled on top. They also had home-made bread, salad, and fruit, and topped it off with home-made Moroccan pastries. We could not have been more impressed, and we felt so welcome in their charming home. These women were so sweet and kind-hearted. The mom kept telling us that if we were ever back in Morocco that she would love if we could come stay with them in their home. The thing is, she truly meant it and that is how beautiful their hearts are. We were complete strangers, but one of their major objectives in life is to always welcome others.


When we met up again with the rest of our program and the Moroccan students from the host families, our group walked around the medina of Chefchauoen. We even tried out “el regateo,” which is haggling. This is another interesting part of the culture there: the salespeople at the little shops in the medina make their living by bargaining with customers. I ended up bargaining for a knit blanket of blue and white to remember my time here.


At this point, I feel like everyone was very fulfilled with their time in Morocco. The entire itinerary of the trip had exceeded our expectations. For our final adventure in Chefchaouen, we viewed a little musical performance by our tour guide and a few other natives. They played traditional Moroccan music and danced and had a wonderful time. This stands out to me as an important and beautiful part of Moroccan culture. They seemed light-hearted, kind, welcoming, and joyful. So, so joyful.

We drove back to our hotel, and left the next morning to return to Granada, Spain. Granada was a special place to study because we were able to immerse ourselves in many different cultures very easily. Granada has so much Islamic influence in the heart of the city, and Morocco was just across the Strait of Gibraltar. I will never forget this meaningful little weekend my friends and I shared in Marruecos.