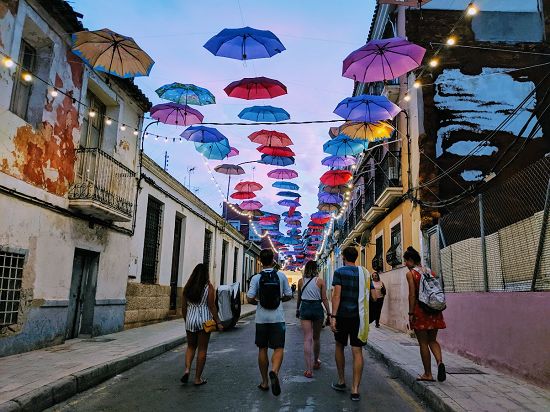 When I decided to study abroad, I had only two basic criteria: my destination had to be in a Spanish-speaking country and on a coastline, of course. Hoping to avoid some of the extreme culture shock that would come with living in a place with vastly different living conditions for my first real experience outside the U.S., I narrowed it down to a European country. Through process of elimination of available programs and locations that fit my criteria, I discovered Alicante and CEA.

I wanted to put to good use my two years of language in high school and form the basis of my Spanish skills so that I’d eventually able to travel and work in healthcare with people of Central and South America. Considering that California is my home turf, it’s also a valuable knowledge to have. I tried to practice before coming to Spain with Duolingo, but I was not super committed since I’d already been told that the best way to learn any language is through complete immersion. I was leaving it up the people of Spain to be patient with me.

Fortunately, I found that almost everyone I encountered was willing to assist me, unconcerned with the extra time it would take for me to express myself in Spanish. As often reflected in their conversation, the people in this country lead a life that is much more relaxed than in the United States. This isn’t to say that they are lazy at all; they simply understand the value in allowing yourself to recognize and celebrate your accomplishments, relaxing each day so that you are never lacking in time with your family and friends. The language’s possession of more terms for family members than English also shows this increased importance placed on family in Spanish-speaking cultures. An excellent way to sum up the mindset of the Spanish people is the frequency with which they use the phrase "no pasa nada," which literally translates to "nothing happens" or essentially, “don’t worry about it.” 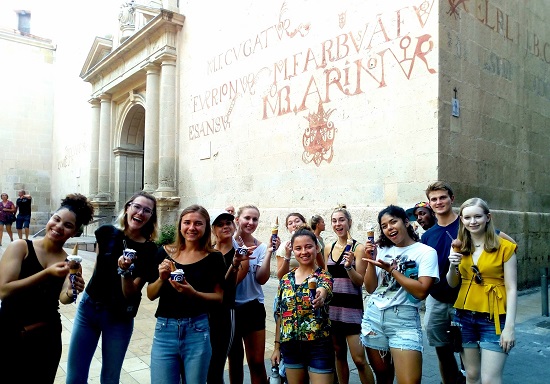 Before coming to Spain, I was apprehensive that I would remain stuck at the same inadequate level of Spanish, forgetting that progress is possible as long you don’t get discouraged and put your heart into what you want to learn. Once I arrived in Spain, I rediscovered this truth. I won’t lie; the first couple weeks were a little overwhelming, but I tried to channel that nervous energy into energy I could use to speak without being afraid of making mistakes. Through a basic grammar book I’d found on the side of the road in my hometown and the commencement of my Spanish grammar course, I began to get really excited about and enjoy practicing the new language. Because of this, I truly committed myself to doing my homework with deliberation and believe that it paid off, since I then had a much stronger grammatical background to draw on when speaking.

From the very beginning, my favorite place to practice Spanish with local people is the Mercado where I buy all my fruits and vegetables, getting the best prices and supporting local growers. Talking with friends from the program, the on-site staff, and friends I’ve made in Spain has also been invaluable to the improvement of my verbal skills. Asking bilingual individuals to speak to you in the language you're learning is extremely advantageous, since they are probably familiar with specific linguistic challenges you’re facing.

One obstacle that specifically affected me is my inability to focus on something without my thoughts wandering or my ADHD, and this made absorbing Spanish language input much more difficult on a daily basis. I already don't watch movies or series, and often I find myself not even paying attention to the music that I'm listening to. However, I was able to overcome this on occasion and listen to podcasts on the tram or while walking before my phone was stolen. This was another obstacle that turned into a blessing since I was no longer able to rely on Google translate and my phone to meet up with people. Not only did I put myself in new environments to meet people -- all of whom spoke Spanish -- but my Spanish improved greatly for the month I was without constant internet access. Regardless, I would definitely recommend watching Spanish shows if you can, because the visual context gives you the opportunity to deduce meanings of words as well as hear how phrases and grammar are employed in everyday conversation. 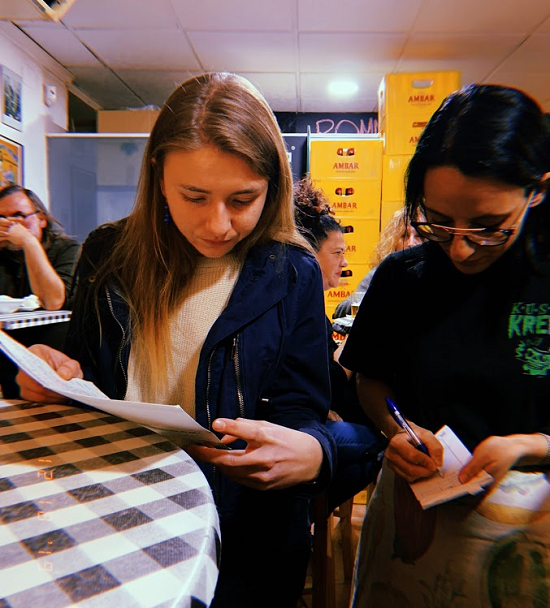 Overall, I’ve learned that being unafraid to make mistakes is absolutely crucial in progressing with a language. Semantic significance is greatly solidified when we become aware of the incorrect usage of a word or phrase through putting our skills into practice.

When I’m having a conversation that doesn’t allow for the interruption of translation, I simply string words and phrases together even if I know that I will be completely botching the grammar, because I know that the people I’m talking to will be able to understand and are kind and patient enough to correct and help me. In this way, I have gained immeasurable practical knowledge of everyday dialogue norms.

I remember taking the taxi from the airport to meet stay with the other CEA program participants the night I arrived in Alicante after a much longer than expected journey and trying my hand at communicating with the driver, who did not speak English at all. In a foreign country, there are countless opportunities to practice language learning, and making a point to speak it every single day will not only be crucial in your language development, but will also allow you to feel like you are more integrated into the culture you're surrounded by. The importance of this consistency cannot be understated. From that first broken conversation in the taxi about Alicante to telling my advisor how my last final exam went this morning, I’ve been proud of and amazed by my progress simply because I started trying to communicate. As they say in Spanish, "poco a poco," or little by little. 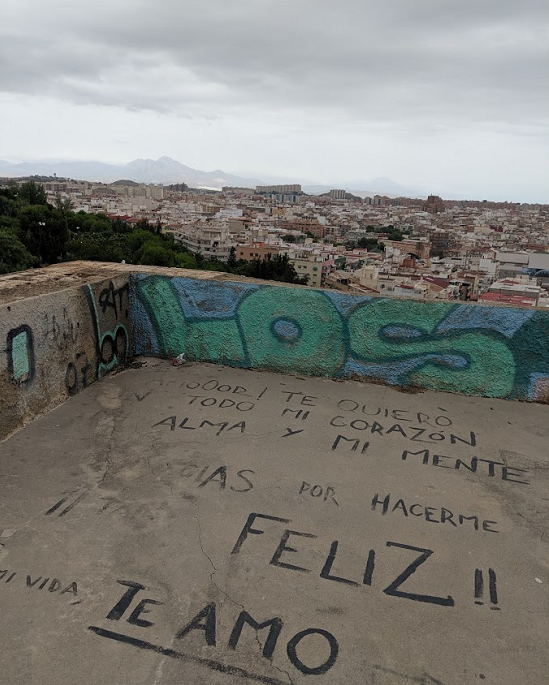 Beyond language and lifestyle, living in Spain is not very different from living in the United States. I quickly became accustomed to everything being in Spanish and/or Valencian and hearing many languages other than English being spoken in public. Being able to read Spanish also makes museum visits quite a bit more informative. This exposure to diversity has not only fortified my appreciation for human culture and creativity, but has also made me confident that I can travel, survive, and thrive in many more environments than I had previously imagined.

Language is one of the primary ways in which studying abroad has increased my love and appreciation for life and the people in it. It has allowed me to prove to myself that I am capable of facing and accomplishing challenging things, and that all challenges are in fact opportunities to grow.

Holly Hiatt is a Fall 2019 CEA Content Contributor who studied abroad in Alicante, Spain. She is currently a student at Humboldt State University.