Cooking Up Some Fun in Seville 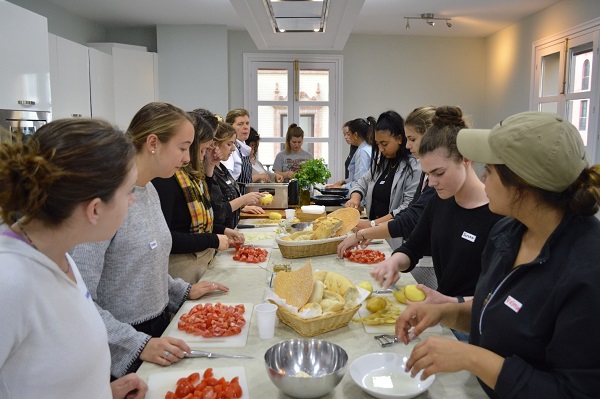 One of the best ways to experience a country’s culture is through its cuisine. Fortunately, I’ve pretty much eaten my way across Spain by this point in the semester. Studying in this region of the world allows us to try foods that are not just from Spain, but from other European and North African countries as well. So, in order to enhance our understanding of the local culinary practices, the CEA Center here in Seville arranged a cooking class for us!

We all met up at Habla World, a learning center in Seville that teaches language classes and cultural workshops in the center of town. We were put to work right away creating our two dishes: traditional Spanish salmorejo and tortilla de patatas.  Salmorejo is a tomato and bread purée that is typically served like a cold soup, and tortilla de patatas is a Spanish omelette made of eggs, potatoes, and onions. 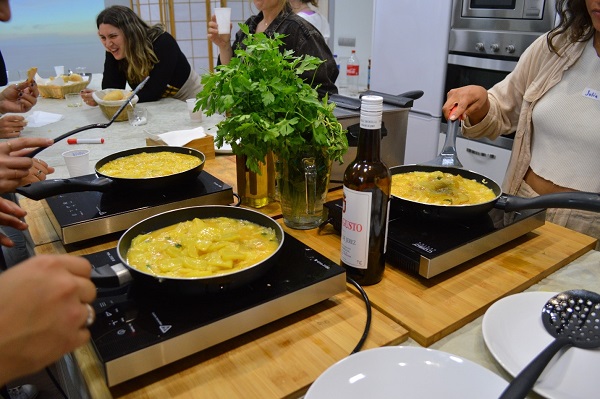 These dishes are typically served either as ‘starters’ to a meal or as tapas. Before cooking, one of our instructors gave us a comprehensive history of the traditions of food and flavors in Spanish cooking. Certain staples of their cuisine, including olive oil, wine, and saffron, have been used here for centuries. This workshop turned us into chefs and historians! 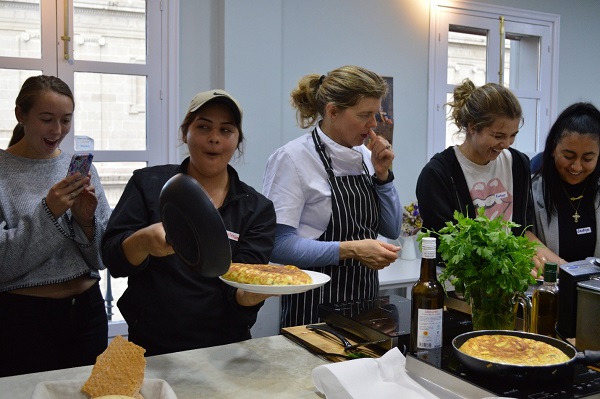 The 15 girls were divided into three teams to create one of each of the foods; who doesn’t love a little cooking competition?(Above: Valeria was clearly proud when she successfully flipped her tortilla!)

The dishes were all easier to make than we expected, but it was nice to have a professional there to help us when we needed it. There were lots of laughs and smiles along the way—even when things didn’t go as planned… 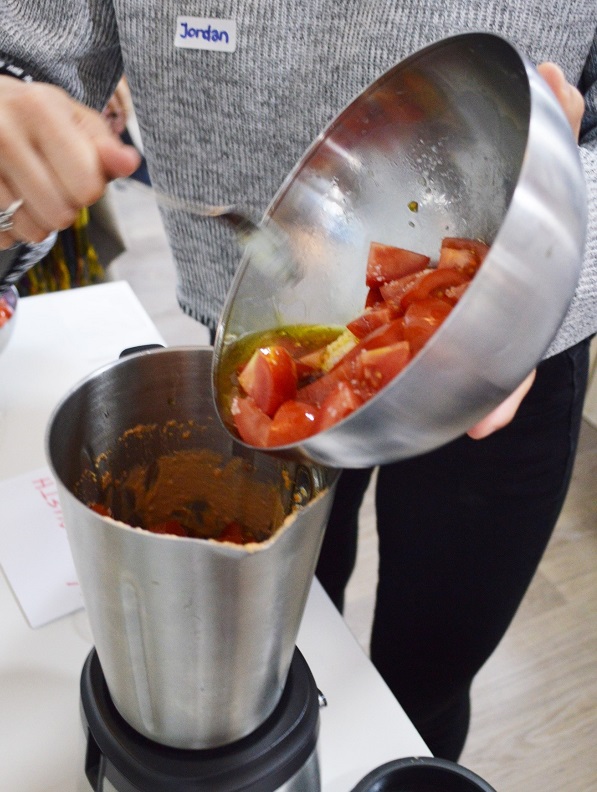 Maybe it was just our pride speaking, but our salmorejo was some of the best that we had tried thus far!

The competition heated up even further when it was time to "plate" our prepared food. Points were awarded for the appearance of the dish as well as the taste, so we had to get creative.

In the end, there could be only one winner. An award of small candy was awarded to the best group, but the real prize was earning the "bragging rights" of being the best Spanish cooks. 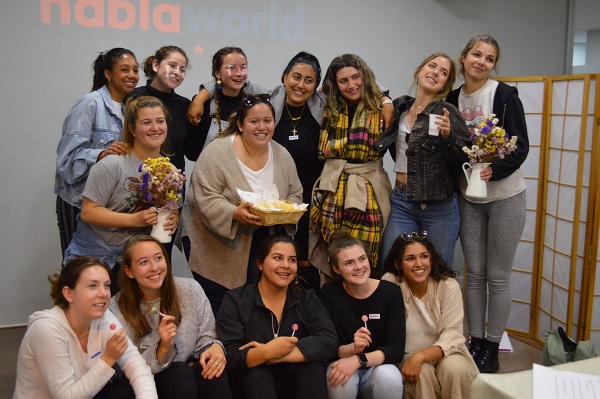 Cultural activities are not only enriching, but they are just plain fun, too! Whether you’re a tourist, a student, or a local, it’s never too late to get some flour on your apron and experience the culture!