3 Things I Didn’t Appreciate About Costa Rica Until Later 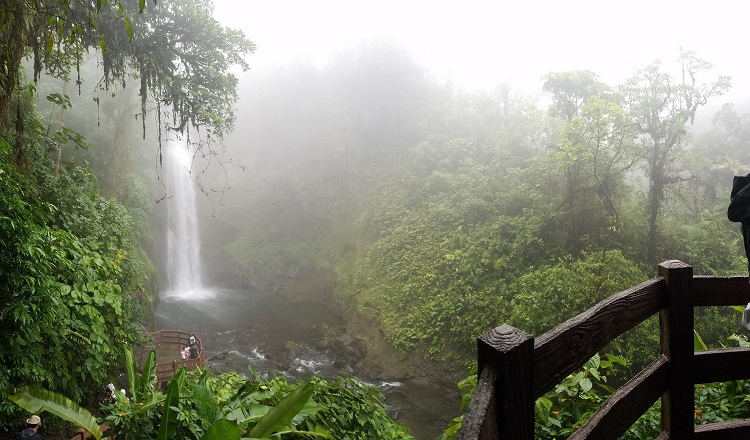 There’s no other way to put it… fruit is just better in Costa Rica. Berries, watermelon, pineapple… the one exception I found was apples, but I’m from the state of Washington, so that was hardly a fair fight. My recommendations to you? First, try every new fruit you can, even the ones that look like alien egg sacs (they taste way better than they look, y'all -- I promise). Find a tropical or Costa Rican fruit reference guide or bucket list, and commit yourself to trying them all at least once! I used a poster in the CEA San José office as my guide. Second, try all the juices and batidos (smoothies/milkshakes) you can! During my semester abroad, I lived in Barrio Cordoba, and there was batido stand  there named Juguismo (~ 20 min. walk from Veritas)… highly recommend! I got my lunch there just about every day my entire last month. Third, learn different ways to prepare and enjoy your favorites! I really liked guanabana  (soursop, in the States), and I played around with different milkshake recipes in the CEA San José office a few times.

In case you’re not already aware, there are two major components that influence the weather in Costa Rica. First, the annual seasons -- and there are two, not four. The dry season (don’t be fooled; there’s still rain) is the first few months of the year, and the wet season (there’s still sunshine; but yes, more rain) is the remainder. The second factor is altitude, and on any given day, you’ll find notably different temperatures in the mountains versus on the beach. My recommendation? Take advantage of  both, as much as possible. Most spend a lot of time on the beach, but I was actually the opposite, and I wish I’d spent just a smidge more time soaking up sunshine. That said, my favorite things to do included hiking in the mountains and swimming in the freshwater waterfalls (don’t ask why; I just have a weird thing about saltwater). So don’t let yourself be too swayed by the siren call of the shore… there are gems in the rainforest as well!

It's a cliché regret to have, and that only makes it more painful. I wish I had spent more time building relationships with locals, and by extension practicing and developing my language skills with native speakers. I was shy and embarrassed, but nowadays, I’m more embarrassed that I didn’t take full advantage of the opportunity than succumbing to the awkwardness I felt facing a language barrier. Think about it this way: You’re at school at home, in the cafeteria or common area. You automatically sit with your friends, probably the same group of friends at the same table. Most likely, you won’t reach out to international students to invite or include them, since it's just not a  part of your routine. If they were to approach you, however, you’d be welcoming and kind. Just reframe that situation with yourself as the international student (because that’s exactly who you are when you’re  abroad). That initial contact can seem scary, but it’s almost always very worth it. I didn’t start developing these connections until the last of three months in Costa Rica, and that’s one of my bigger regrets. Better late than never, though!