The flight attendant and I could feel the seconds drag on as the silence stretched between us. I knew that if I hesitated for a second longer, he would assume I could not speak French and switch to English. I quickly asked for a glass of champagne as I felt the tumbleweeds roll down the desert that was my throat. I wished I had not ignored my Duolingo notifications during the summer.

Two days after I arrived in Aix, I reluctantly went inside a gelateria to order a scoop of mango gelato. I, who can polish off a tub of ice cream without a second thought, had never in my life imagined that I would rather pass on delicious gelato than order in French. My hands trembled, my thoughts spiraled, and finally, the first word crawled from my mouth: “Bonsoir.” 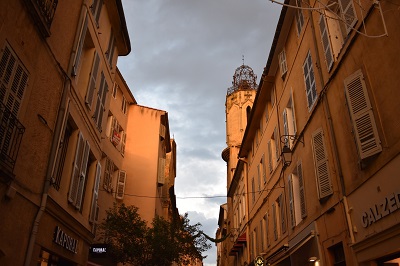 The first two weeks of study abroad were a brutal fight between my lack of courage to speak, my refusal to make mistakes, and my need to survive in France. I could either not speak to avoid making a mistake and go hungry, or ignore my perfectionist tendencies and order lunch. I wish I could speak to Maslow about hierarchical needs; I often preferred not eating to avoid speaking.

After a few weeks of frustration over my lack of fluency, bouts of homesickness, and loneliness, I realized that I was focusing on large goals that were slowly seeming to become impossible. By focusing on my lack of success with these goals, I continued my cycle of frustration. I focused so much on what my experience lacked that I did not see how incredible my experience abroad actually was because my accomplishments seemed small. 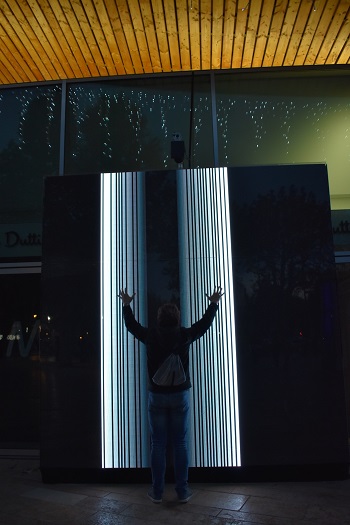 After a month of watching daily the same reality show with my host family and only partially understanding based on assumptions and actors’ actions, I finally am able to pick up their slang enough to actually comprehend what goes on. I now watch all my English shows with French subtitles and I even started a French show without English subtitles.

I can also finally understand the beauty in the lyrics of Edith Piaf and read The Little Prince in French. The other day, I held a conversation with a man playing the saxophone near an art gallery in Trets. He had traveled to California and even played in Berkeley! It was an experience I will never forget because it reminded me of why I was studying French; a whole new world of possibilities, cultures, and conversations opens when you learn a new language.

Some days I still fumble to fully express myself in French. Some days I make so many grammar mistakes in a conversation that it keeps me up later that night— my own little record player of my mistakes. Some days I feel like a five-year-old among my peers because of my poor conversational skills in French, but I remember that some days it isn’t too bad to be a curious five-year-old kid soaking up the world, always learning more. 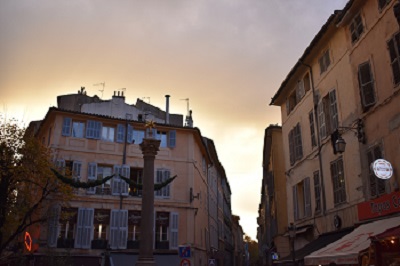 Andrea Vazquez is the Fall 2018 CEA MOJO Blogger in Aix-en-Provence, France, and is currently studying at Soka University of America.
Leave a comment
Newest on top Oldest on top
Load more comments
Thank you for the comment! Your comment must be approved first