Being a Screenwriter in Prague 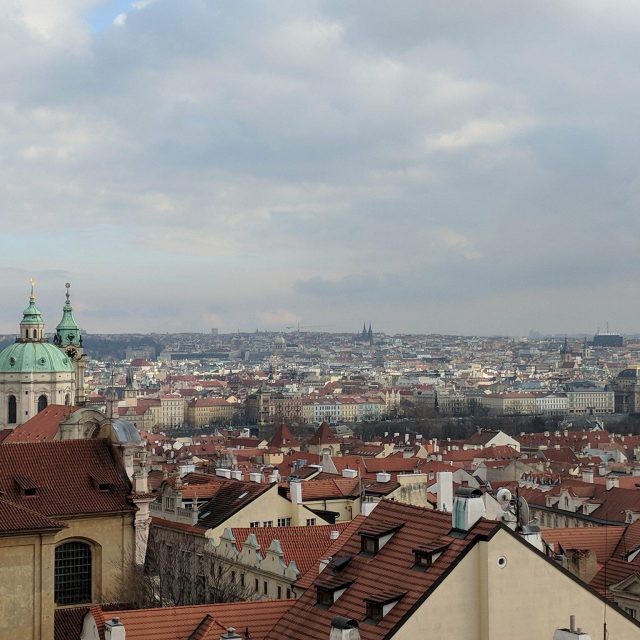 Being a writer of any kind in Prague is an amazing experience, because inspiration really is around every corner. This was a stereotype of Europe that I expected to be an exaggeration. However, I quickly learned by accidentally getting lost in my first few days here that it’s impossible not to turn a corner and see art, architecture, a view, or even people that immediately had me pulling up my ideas Google doc.

Old statues, lock-covered bridges, even things I’d never expect to stir ideas, like the infamous Crawling Baby statues in Kampa Park. I’ve also never been more inspired to write dialogue than I have by people-watching in a country where people speak a different language.

Not only do I happen to live next door to a film school, but Prague is also home to several film museums and even hosts a film festival that I will get to attend with one of my classes. On my second night here, I passed a crew filming a scene overlooking the iconic Vltava river and it felt like I never left California. It doesn’t hurt that Prague also has a giant movie theatre that plays films in English, so I can keep up with the latest releases and even see big movies like Black Panther before America gets them.

At AAU I’m taking a class about Documentary Film. As a screenwriter, this is an area of film I don’t get to spend much time on at my home university. For our second class we took a trip to the nearby NaFilm museum, a relatively new installation in Prague. Not only did I get to experience fitting an entire class-full of students onto a tram, but the museum was an interactive walk through film’s history.

After getting to personally use various flip-books, animation cells, zoetropes, and other machines from the beginning of film, we also had the opportunity to engage with the future of film in the form of VR headsets. They also screened various films from the Czech Republic’s avant garde history, which I had been interested in but  had no real way of learning about and watching on my own. I definitely recommend Prague to any film student, film enthusiast, or casual fan.

Lindsay Gilman is the Spring 2018 CEA MOJO Blogger in Prague, Czech Republic. She is currently a Junior studying Screenwriting at Chapman University.