Czech Me Out, Mom 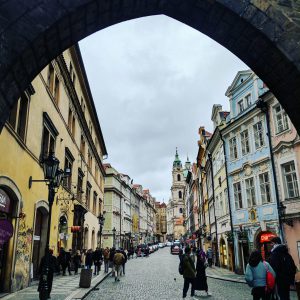 One day in middle school math class, my friend walked in wearing a shirt that said Prague on it. I asked her what was “Prag-uey.” After fixing my pronunciation, she told me about the coolest city she’d ever been to. Six years later, on the first day of my Freshman year at Chapman University, my orientation leader told us about the amazing experience he had studying abroad in Prague. I spent the next two and a half years planning my own semester abroad in Prague, equal parts excited and terrified.

After one week here, I feel somewhat qualified to give advice on those concerns that plagued freshman me.Personally, meeting new people was one of my biggest anxieties. Traveling alone to a foreign country for the first time is already a stressful experience. I chose to come here with a few school friends, but we decided to sign up for random roommates. This was definitely the right move. 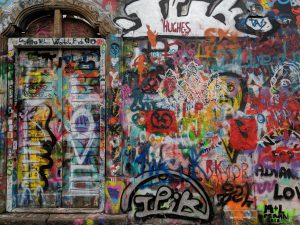 I’m not the most socially adept kid I know, and I spent the flight here thinking up anxiety-scenarios on how meeting my 5 new roommates could go wrong. I was the last one to arrive, and my roommates were all out to dinner together. To the anxiety half of my brain, this wasn’t starting strong. My bad instinct was to hide away in my room and keep unpacking. Thankfully, I forced down that instinct. My roommates were my greatest resource on those first few days in Prague. No one knew their way around, most of us didn’t have cell service yet, and we were the only people we knew. Everyone was super nice and welcoming, and also equally excited to explore. When we got lost, we did it together. We stumbled upon great food and cool sites- one roommate and I accidentally visited an art museum on the first day. I learned to say yes to every suggestion of going out and exploring. 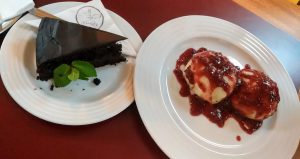 CEA also has an orientation in the first week, which made it very easy to meet fellow study abroad peers. Everyone is eager to meet each other. I even met some people from Chapman that I hadn’t known before. All in all, I can happily report that socially anxious freshman and sophomore me had nothing to worry about.

My other big concern was figuring out my way around a foreign city with a language I didn’t know. I was surprised to realize that Prague is a lot smaller than it seems on Google maps. Almost everything is walkable, and I never felt unsafe, even walking around at night, which is a foreign experience for a New Yorker. It is my honest opinion that as long as you know where the Vltava river is, it is impossible to get lost in Prague 1. 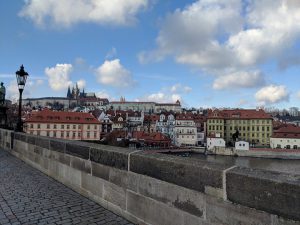 While it is definitely important to learn basic Czech, getting by with English in the first week is much more do-able than I feared. I also quickly learned that cash is king here, and using credit card everywhere like I planned is a no-go. Luckily, ATM’s with English translation are readily available. With the help of Google maps, it only took a few days to get a hang of the Tram and Metro systems.

Basically, my strategy towards all of the anxiety I had about living in a new and foreign city was to grab a buddy and tackle it head on. Did we get things wrong and embarrass ourselves? Several times. But after only a few days I felt completely at home in Prague. If anything, this definitely made my outlook on my ability to adult in the future much more optimistic.

Lindsay G is the Spring 2018 CEA MOJO Blogger in Prague, Czech Republic. She is currently a Junior studying Screenwriting at Chapman University.