Departure & Arrival: The Start of My Journey to Granada 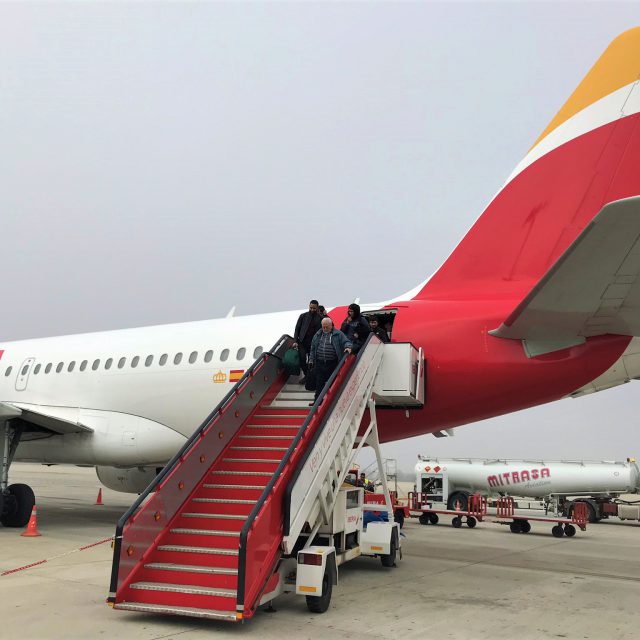 Ever since I applied for my student visa back in October, I had counted down the days until my departure. Even though I was focused on school and work during the fall semester, every so often I would stop and think for a moment about the reality of my decision: that in a number of weeks, I would be on a plane to another country to live and study there for 5 months! In those moments, I smiled from ear to ear, filled with excitement, but sometimes a little dread too. The visa, the passport, the emails all said I was really going to Spain, but sometimes it was hard to believe.


The day of my departure finally arrived, and my trip officially began. But honestly speaking, the trip itself was not that easy. Saying goodbye to my parents at the airport was one of the hardest things I've ever done. I was nauseous the first two hours of my international flight and hardly slept at all. While waiting in Madrid, I was tired and hungry and hot. And when I finally landed in Granada with many of the other CEA students, we had to wait so long for the bus to pick us up. But every long trip like this has its hiccups, and in the end, it’s worth it.

I knew it was going to be worth it when I finally stepped off that bus into a crowded sidewalk and made eye contact with my host mom, when she hugged and kissed me and told me how glad she was that I had finally arrived.


The first night felt a little surreal but so right. I had dreamt about that day for so long, and when I was finally there in the moment, I felt surprisingly comfortable in my new environment. But my arrival in Granada was only the beginning. I've been here for just over two weeks now, and I'm still adjusting to the food, the different meal times, a new sleep schedule, and the language. I'm still figuring out the dynamic in my host family, still making new friends in the program, and still finding my place in the midst of everything.  But the journey I waited so long for is now my reality, and for the five months that I'm here, I'm going to soak it up for all it's worth.

Yes, saying goodbye to family is difficult and emotional. Yes, airports and long flights are often frustrating. Yes, living with a new family in a big city can be a little overwhelming at first. But it's all part of the journey that I chose. There is so much more to discover in this new city I'm learning to call home.


Anastasia K. is the Spring 2018 MOJO Blogger in Granada, Spain. She is currently a Junior studying English at Liberty University.
Read more about our CEA Content Creators.
Leave a comment
Newest on top Oldest on top
Load more comments
Thank you for the comment! Your comment must be approved first