How Does it Feel to Study Abroad? 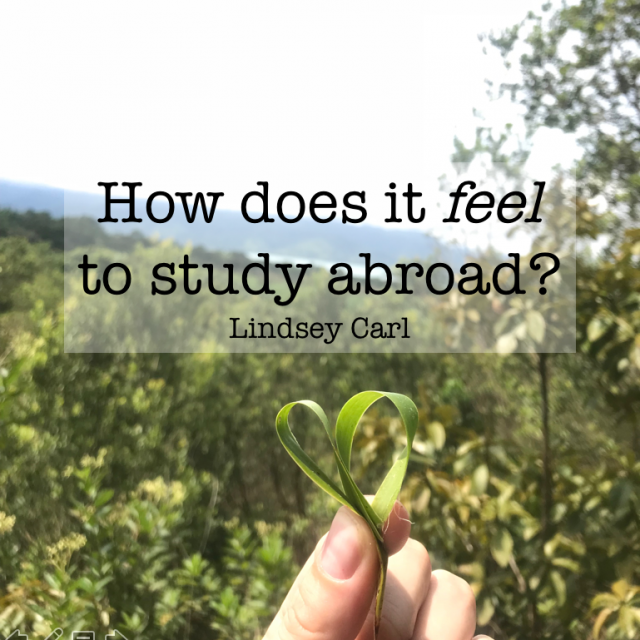 Going abroad is not an easy decision or task to conquer. There are many factors that affect your overall health and well-being. Before coming abroad, I had learned about the roller coaster of emotions and stages that I would go through while living abroad. Like most, I did not really think that this would be true for me. I am a very independent person who always accepts challenges and new adventures. What I didn’t know was that going abroad was unlike anything that I had ever done before.

I arrived in Costa Rica and life could not have been better! I was on my own for the first time and in control of every decision I made! I was meeting so many new people and seeing so many new things! I began classes and was still so excited about this new chapter!

A few weeks in, I noticed how different living in Costa Rica was from living in the United States. The language barrier made something simple like going out to lunch a task that I now had to put a lot of thought in to. I quickly realized that I could not just drive home whenever I felt the desire to. This was tough to deal with but this stage quickly passed and I realized how strong of a person I was for committing to going abroad.

After telling a few of my friends what I was going through, missing family and the United States in general, I realized that I wasn’t alone in this journey. All my friends were feeling this as well! This made coping so much easier! We could talk about our emotions and be there for one another when we really needed it!

After a week or so passed I realized how lucky I was to be able to fully immerse myself in a new culture, meet new people, and enhance my Spanish speaking abilities. I began to talk to more locals and learn about my host family. I felt more at home and eager to learn more about Costa Rica.

Wondering where the time went?

It seemed like I blinked my eyes and three months had passed! My study abroad experience was nearly over and I would soon be returning home to the United States. I began to reminisce about my time here. I had done so many amazing things such as, bioluminescent kayaking and swimming beneath waterfalls, I had travelled to different countries and my perspective on the world had changed. Not only my perspective but I changed as a person. I grew up and had so much confidence in myself that I really believed I could do anything.

I would recommend studying abroad to anyone who asked me. It is such a unique and special experience. You learn more things about yourself than you ever would have by staying in your comfort zone. You do extraordinary things that even surprise yourself. And you leave with memories that will last a lifetime!


Lindsey C. is the Fall 2017 MOJO Blogger in San Jose, Costa Rica. She is currently a Junior majoring in Physician Assistant Studies at Philadelphia University.