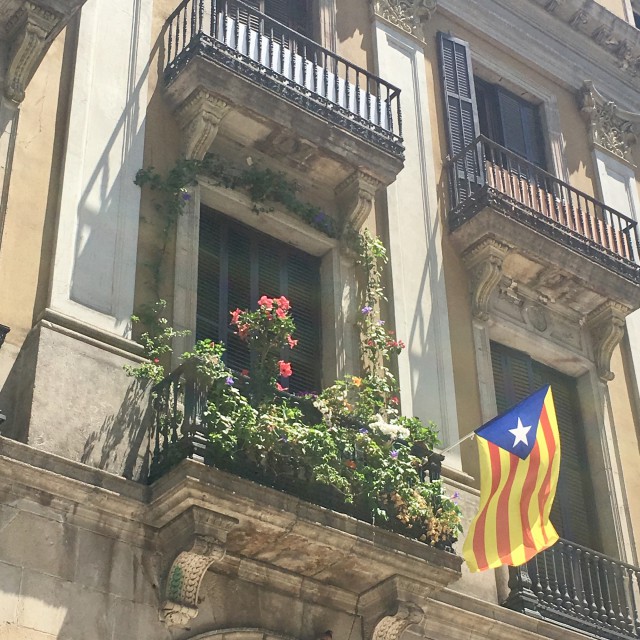 As a student in the communications major who speaks fluent Spanish, I found myself learning a completely new way of communicating in Barcelona. I had the opportunity to visit most of Europe besides Spain. So I thought to myself: why not Barcelona? I thought adapting would not be difficult and everyone around me was utilizing fact that I speak Spanish. Well, Barcelona is a little bit more different than expected, even their Spanish.

Heading to Spain, I knew that the Spanish spoken was a little different to how it’s spoken in most Latin American countries, but the region of Catalonia takes it to another level. The locals speak Catalan which is Spanish mixed in with French. This made it a little difficult to pronounce certain things including the Spanish dialect spoken which I was not familiar with at all. Besides the Catalan, learning how to fit into Barcelona was more difficult than I thought. Little things like greeting others with a double kiss or not tipping the waiter was something that I never had to think about before. Once I came back to the United States, my experience at restaurants or even in the metro station has not been the same. It has made me a more open minded person and really analyze and respect the way others communicate.

Besides the difficulties of adapting, one of the best parts of studying abroad in Barcelona is the CEA staff. My first introduction to Barcelona was through their eyes. They were really informative about the history of the city and gave me access to ask them for recommendations. Not only did they introduce me to the city but the people as well. It was a first-hand way to understand the customs of the locals.

Even though people thought it might have been easier for me to adapt as a Spanish speaker, the truth is, it was not, but that's okay. Studying abroad in Barcelona has been an unforgettable experience, all because of the help of locals and CEA. Barcelona blew away my expectations when it came to the culture, the people, and the architectural landscape. It has been an unforgettable learning experience.

Esmeralda G. is a CEA alumni. She studied abroad in Barcelona in the Summer of 2017 and is currently a Junior at Pace University.