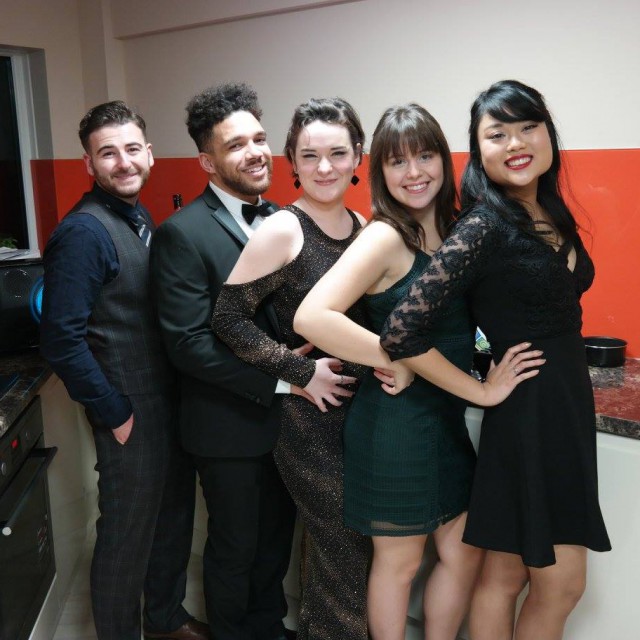 I had always known I wanted to study abroad. One of my main criteria for picking a university to attend was who would let me study abroad, and who make it the easiest. It wan’t news to anyone when I said I was leaving, what surprised everyone was how long I was going to be gone. I was fortunate to have the amazing opportunity to study abroad in four different countries, and I fell in love with all of them, some more than I thought I would.

My dream place to study had always been England, so naturally I had plans to study abroad there as a freshman, even though I didn’t actually go there until I was a junior. What I never expected was the opportunity to study abroad twice. Before I went to England I had a study abroad trip that CEA had arranged with my school to go to Italy, The Czech Republic and France. Each country was very different from each other and I loved them all.

Out of the three countries that I went to first France was definitely my favorite. I had studied french for four years before my trip and that definitely helped. However going to France made me realize I know much less french than I thought (and that wasn’t much in the first place). I had also had exchange students while I was in high school who I thankfully kept in contact with so I was able to see them again!

Somehow my housing ended up being very close to one of my former exchange students and we were able to go out whenever we were both free! I was able to meet her friends and see what people in France my age did. It wasn’t that much different to what American students did, just a few differences. Everyone was extremely welcoming though and it was fun to try and teach them English while they taught me more french. I am very grateful that I was able to make those friendships while I was there. I think it helped me see what it was really like to live in France and understand why things are a certain way.


After France I went immediately to England, my dream country. The UK did not disappoint me, as it was my favorite place to visit, I am currently trying to go back to England for graduate school. I did not have built in friends in this country so I had to improvise. One of my best friends that I made while I was in the UK is from Germany. I met here while I was traveling back from Wales to London and we were both stuck on a broken coach. Traveling made me realize you meet people in the strangest ways, but it always turns out pretty great. She is going to come visit me this summer, and I never would've met her if I hadn’t been stuck in Wales. Through my new friend I met several others while I was in London, because it full of internationals who are also traveling. I made friends from all over the world and we still keep in touch today. They even came to visit me at my university for my birthday.

it is amazing how many people there are in the world who could be your best friend if only you lived closer to each other. Traveling is a wonderful way to find them, and to find another place that you can call home.

Celene H. is a CEA Alumni Ambassador. She is a student at Seattle Pacific University, where she is studying Political Science  and Global Development with an emphasis in International Relations. She studied abroad with CEA in Rome, Italy, Prague, Czech Republic & Paris, France in the Spring of 2016.