Connecting to the World outside of Your Own 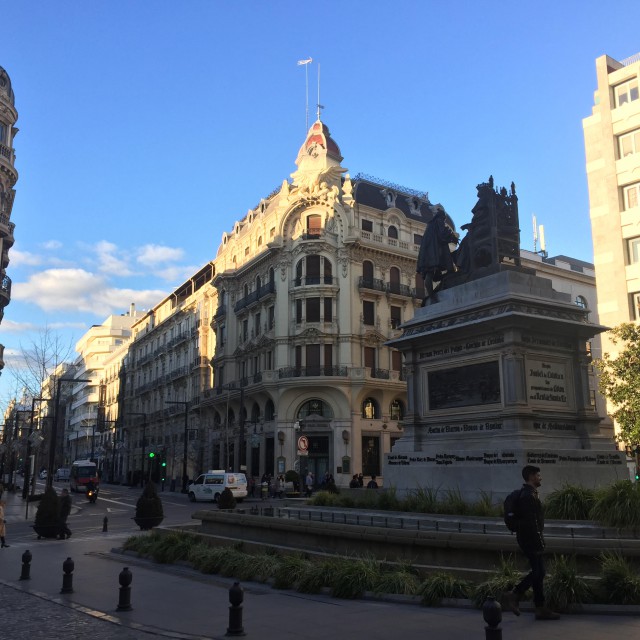 For many years, I have always known that I wanted to study abroad. There was never a time where I felt like I needed to question my desire to do so because it had been a dream of mine for so long. When my junior year of college came around and it came to planning for the spring, I knew that this was my time to go. The only question I had for myself was, "Where am I going?". So many places ran through my mind and many suggestions were thrown at me, but deep down I knew that Spain was where I needed to be. I have been studying the Spanish language for several years now, and I knew if I ever wanted to progress farther and complete my Spanish minor, I would have to fully immerse myself in the culture and language.

When many people think of students who study abroad in Spain, their first thoughts are Barcelona or Madrid, the two most well known and largest cities of Spain. But for me, I wanted something more than the typical Spanish experience. I needed to feel connected to the city I was going to live in for several months, and I knew it would not  be possible for me in a huge city. After discovering Granada as a study abroad option, I already felt so connected and drawn to the city. From the mixture of Spanish and Arabic culture, to the astonishing layout of the city surrounded by the Sierra Nevada Mountains, this felt like a place I could call home. Although I may have only been learning about Granada through my computer screen back in Ohio, I knew this was exactly where I needed to be.

Now that I am in Granada and living a day to day life here, I feel more and more connected to the city. I have never walked more places in my life until I came here, but because of this, I feel as if I am seeing more of the city than I ever would if I used the public transportation. Since Granada is made for walking, I have learned that its impossible for the day to go by without discovering something new about the amazing city. I have met some of the greatest people here, and it is remarkable that almost every person you come in contact with has the same mind set as you. The mind set of wanting to connect with people from all over the world while discovering a new place and culture. Moving to a foreign country by yourself and not having a soul to connect you to the comfort of home has a funny way of connecting you even more to the world outside of your own greater than you can ever imagine.

Meghan L. is the Spring 2017 CEA MOJO blogger in Granada, Spain. She is currently a Junior studying International Business Management and Spanish at the University of Dayton.

Meghan Leslie is the Spring 2017 CEA MOJO Blogger in Granada, Spain in Granada, Spain, and is currently studying at University of Dayton.
Leave a comment
Newest on top Oldest on top
Load more comments
Thank you for the comment! Your comment must be approved first