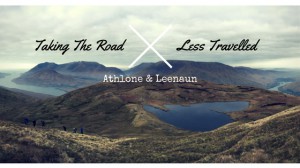 “Why would you go to Athlone?” queried one of my Irish friends when I told her about my first weekend jaunt out of Galway city. 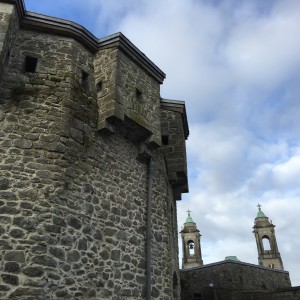 Renowned for its annual Agricultural Festival and occasional “World’s Largest Root Vegetable” competition” and the Facebook page: “Is it raining in Athlone?,” the rural Midlands town (unbeknownst to me at the time) usually doesn’t scale the visitor’s day-trip list.

However, Athlone has more to offer than first appears, even if several of the castles promised to me by Google were not readily accessible. Such as the Moydrum castle ruins pictured on U2’s The Unforgettable Fire album. I was told in Athlone that it lies on private property and unsuspecting visitors would be chased off by irate farmers. 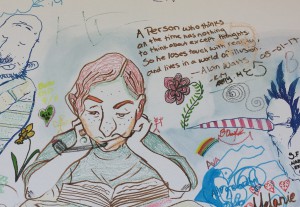 Across the river lies the Church of Sts. Peter and Paul, filled with intricate murals and stained-glass windows including a display of St. Patrick himself. 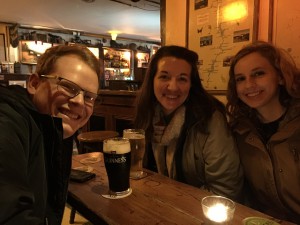 My friends and I also stopped in at the Luan Art gallery that hovers over the Shannon. Here, we doodled to our heart’s content on a wall-sized canvas where visitors left inspirational quotes alongside tank-top wearing chicken-men.

The Shannon Banks Nature Preserve, a haven for birdwatchers, offers an opportunity for one to literally walk to ‘where the sidewalk ends’ into the marsh without much of a caveat. 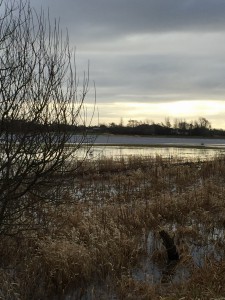 Usually, affordable river cruises take visitors up the Shannon to see the 6th Century monastery, Clanmocnoise, the burial grounds of many Irish High Kings, from Athlone but only after April.

Last but not least, a visit to Sean’s Bar—arguably the oldest pub in Ireland (and as the proprietors claimed, best in the world!) is a must. The 9th Century nook, adorned with fishing maps and local artifacts, boasts of a crackling fire and live Trad if it is raining in Athlone and you’re looking for cover. If it’s any seal of approval, we took up a corner-booth for 6 hours straight.

A climb up Leenaun Hill (618 m) in Connemara’s Maamturks rewards avid hikers with  soaring views of rugged peaks, glacier-crafted vales, and mussel-farms lacing Ireland’s only fjord.  A primitive road winds up along a mountain shoulder from Leenaun village, but eventually the NUIG mountaineering club diverted uphill to the ridge. Leenaun’s open pastures, dotted with nimble-footed sheep, make it difficult to get too turned around but watch the bogs! One of our crew had to be tussled out of the mud pit by three hike leaders.


The hike lasted about half a day, but this included (too many) photo-ops and lunch overlooking one of Leenaun’s many bog lakes.  Still, cheese toast and an Irish coffee in Keane’s Bar’s Victorian-esque parlor in Maam hit the spot for the ride home.

Molly H. is the Spring 2017 MOJO Blogger in Galway, Ireland. She is currently a Junior studying International Studies at Covenant College.


Molly Hulsey is the Spring 2017 CEA MOJO Blogger in Galway, Ireland in Galway, Ireland, and is currently studying at Covenant College.
Leave a comment
Newest on top Oldest on top
Load more comments
Thank you for the comment! Your comment must be approved first