Ever dream of getting outside your comfort zone and experiencing life in one of the world’s largest cities? A place where global commerce, international business, and ancient traditions meet – often on the same street? It could only be Shanghai!

More than 1,000 years ago, Shanghai had a humble beginning as a small fishing village. But over the last few decades, Shanghai has exploded into China’s largest city (home to more than 23 million!) and transformed into a global economic power. This rapid growth means that you can visit a 900-year-old Buddhist temple that sits atop an ultra-modern metro station, or enjoy a cup of tea in a pavilion built during the Ming Dynasty, with a dramatic view of skyscrapers in the backdrop.

So what makes this destination so special? Here are our top reasons why studying abroad in Shanghai for a semester or a summer if awesome.

Love Chinese food? Then you’re in for a treat, because the food in Shanghai is pretty amazing. From the local specialty known as xiaolongbao (delectable dumplings that magically have soup inside) to the street noodles cooked a billion different ways that seem to be available on every corner, Hu cuisine has it all. If you’re into seafood, Shanghai won’t disappoint, either (it’s a former fishing village, remember?) Congee, hairy crab, shrimp hot pot… mmmmm. Plus, if you just can’t live without your standard American fast-food restaurants, Shanghai’s got those too, along with Thai, Vietnamese, Italian, Indian, etc.

As study abroad alumna Angela Zhu says, “the streets are lined with different types of restaurants and shops from many cultures. If you’re feeling like having a pasta or pizza night, or maybe want something fresh and spicy, there are Italian and Indian shops all around. But you honestly can never go wrong with dumplings, my personal favorite dish.”

Of course, there are a few things you’ll have to get used to. For instance, water isn’t commonly served with ice, so prepare to develop a fondness for lukewarm refreshments. 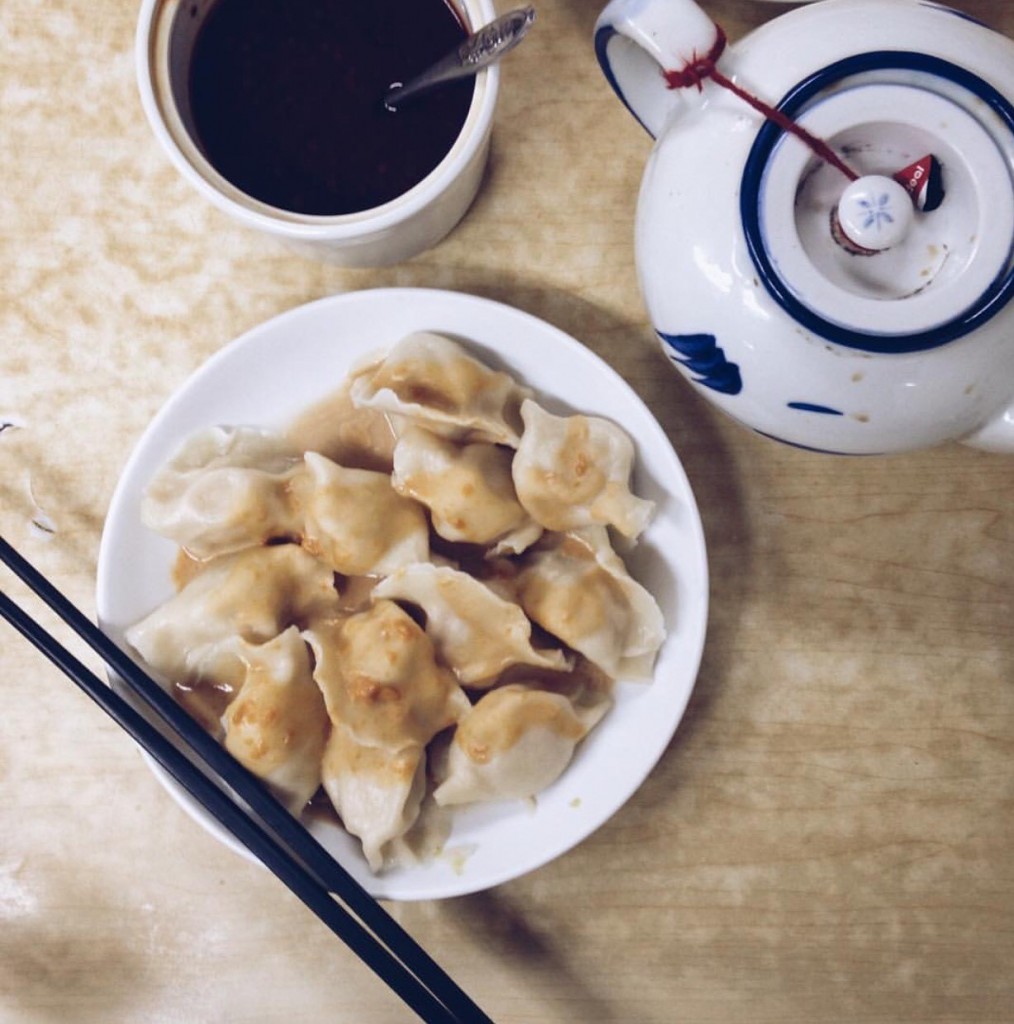 Shanghai may be big, but it’s really, really easy to get around, thanks to a great public transport system. Buses, trollies, taxis, and a metro – take your pick! The metro is super cheap and very user-friendly; its 12 lines extend across the city and are conveniently mapped and color-coded inside each station to make it simple.

Plus, using public transport is a great way to immerse into local culture. As Angela puts it, “Living and working in China has been an eye-opening experience for me. Just commuting to work every morning by metro was an event in and of itself! Shanghai is filled with new experiences around every corner.”

The Shopping: Haggle Your Heart Out

Shanghai isn’t known as a center of commerce for nothing. The shopping here is amazing and you’ll find virtually anything you’re looking for! Just be prepared to haggle…because in Shanghai, it’s all about the negotiation. Not only are shopkeepers and merchants willing to haggle, they expect it. Once you get used to it, you’ll realize it’s almost therapeutic; nothing beats the satisfaction you feel when you get a great bargain after a good haggling session.

Or, as Angela says, “Shanghai made me a savvy traveler and shopper. Rule #1 in China is every price is negotiable. Most items do not have price tags on them, because the shopkeeper is most likely going to determine the price based on how well you can haggle. Just be aware of the fact that you can say ‘no,’ and name the price you feel comfortable paying for whatever you are buying.”

The Language: You’ll Learn It

It’s no secret that the best way to learn another language is to immerse in it, and that’s just what you’ll do in Shanghai. No matter what level of Mandarin you speak, from beginner to advanced (or even none), you’ll learn quickly when you’re living the student life in the midst of the city.

Angela suggests that study abroad students in Shanghai “Learn a few words in Mandarin before you embark on your adventure will also come in handy. Try to learn numbers and understand the conversion rate of Chinese currency to your own currency, so you have an idea of how much you are actually spending. (And the second most important words to learn? How to order food.)”

Shanghai has grown so rapidly that it’s the perfect real-life case study for anyone with an interest in globalization. Not many other places offer such a juxtaposition of ancient and modern, old and new… and a first-hand look at all the issues that come hand-in-hand with rapid growth. That means that Shanghai is the perfect place to study topics like globalization, business, culture, communications, and nutrition.

But despite the city’s growth and size, there’s still a sense of community, warmth, and friendliness, thanks to its residents. Here’s how Angela describes it: “Picture standing in a place where you’re surrounded by traffic, different people’s lives, and a very fast-paced society. However, when engulfed in Chinese culture, there is a sense of appreciation you feel while walking through Shanghai. You’ll even experience a sense of family while you’re there! Though I am not an experienced traveller, I did travel back to Shanghai for a second time, just so I could be embraced by the city once more.”

So take the leap! Experience the warm embrace that is Shanghai… and have a life-changing experience while you’re at it.

Have you checked out CEA's brand new Shanghai program options available for Spring 2016?