My Argentine Soul Sister Who Also Happened To Be My Roommate 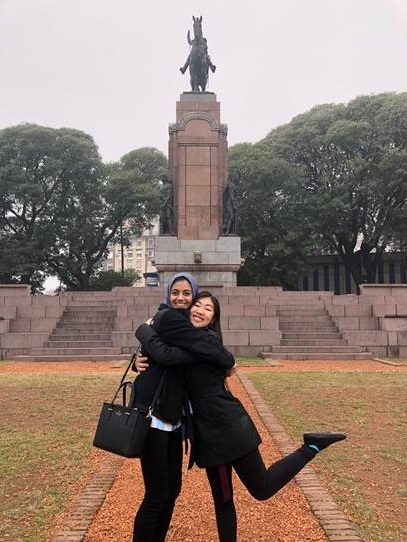 Studying abroad can be a nerve-wracking ordeal, especially if it’s somewhere you’ve never been and you’re staying with someone you’ve never met before. CEA suggested host family housing for people who tend to be more social, which I think I am. I was given my host family and roommate information a few months before my arrival date, so I did some research. I was able to connect with my soon-to-be roommate via social media and we planned too call each other sometime before we arrived to study abroad in Buenos Aires. However, due to scheduling issues, we were unable to officially meet until we arrived in the airport to greet each other as well as CEA onsite staff.

When we arrived in our host family’s home, we settled in and then explored our neighborhood a little bit. It was very different from what we were both used to at home, but it was the start of an amazing adventure and friendship. Although she and I did have differences, like our sleep and class schedules, we never fought. We were paired with an amazing host family who made us feel welcome and at home.

My roommate was only with me for the first summer session, which was half the time I was there. In that short amount of time we were able to do so many cool things together. We explored the different barrios (neighborhoods) in the city, we watched several World Cup soccer games, we ate so much good food and overall got to know each other. I’m so thankful I had someone as thoughtful, kind and fun as Zainab for my roommate. And now, I have an Argentine soul sister for life.