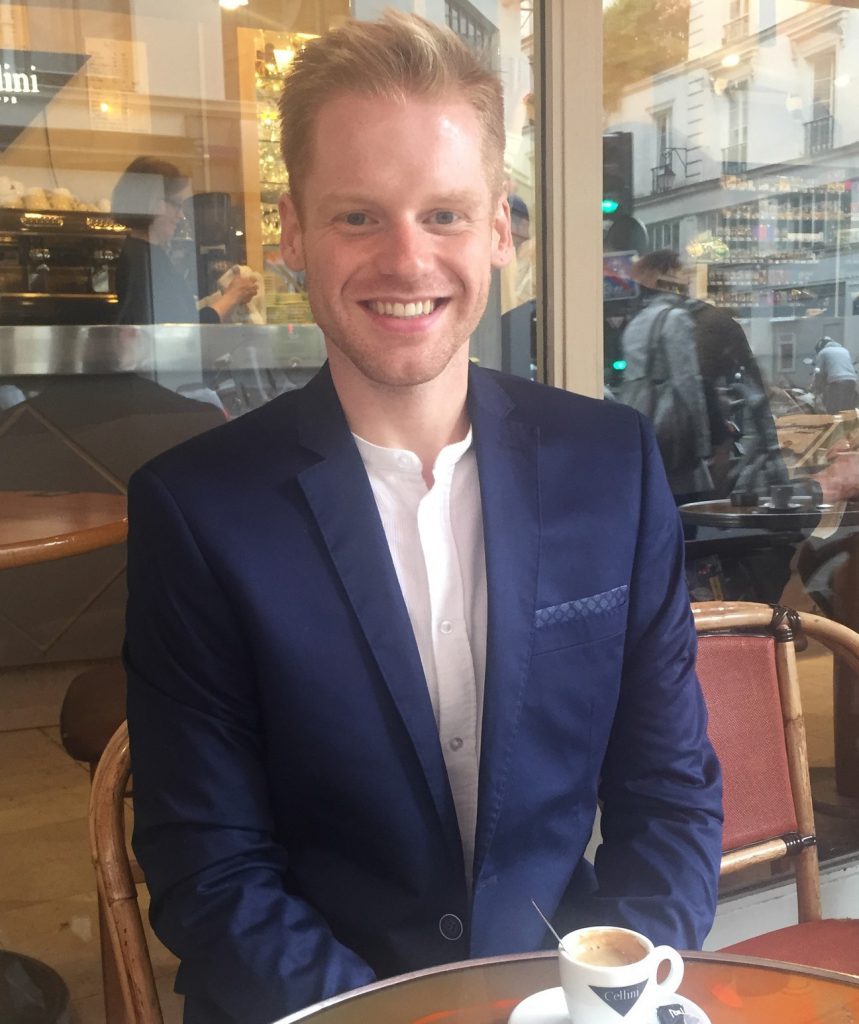 Corbin considers his internship an " artistic exile to Paris". He was placed at an organization that focuses on musicology research.

The institute' s overarching mission is to preserve the musical heritage of France. Corbin played a critical role at his firm by studying original sources of music manuscripts, and preparing them for critical editions. A critical edition of an original music transcript is a modern interpretation of the composer' s work. These projects have afforded Corbin the opportunity to conduct research in the prestigious Bibliothèque Musée de l' Opéra Garnier, and to work with original sheet music that date back to 1750.

"I found myself looking at the actual handwriting of (Jules) Massenet on the page, touching the manuscript... It was amazing to me because that’s something I never even dreamed would be in existence still, let alone I would have access to it… To see that was amazing, and really a privilege."

You might expect that clear communication could prove to be a potential struggle in an international office. Corbin described his form of communication with workers as          " Franglish", where they spoke to him in French, and he would answer in English. He learned to communicate effectively with his co- workers by re- wording what was said for clarification, and making the effort to learn a bit of French every day for ten minutes.

Corbin Taggart is originally from Oklahoma City, where he grew up with a love for history and music. He pursued music in his academic studies, and now works as the Director of Archives at his alma mater, Southern Nazarene University.