A Weekend with CEA: Granada Edition 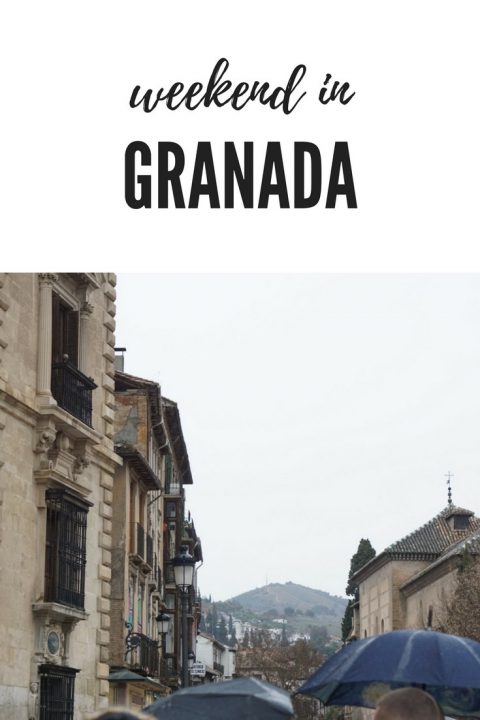 Who doesn't love free things?  Well, this trip to Granada was not exactly free, but it was included in the CEA Madrid program, so why not take advantage of an awesome trip?  Recently, CEA Madrid students were given the opportunity to travel to Granada, Spain for a weekend getaway.  While the weather was less than ideal, we still made the most of a rainy weekend in the south of Spain.

We started the weekend off with a walking tour around Granada.  We explored the city with umbrellas in hand.  The Royal Chapel of Granada was the main attraction we learned about while exploring the city. This is where King Ferdinand and Queen Isabella are buried.  They are considered the Catholic Monarchs in the Catholic church of Spain.


We also walked around a local market as well.  It was such a cool spot for looking at leather bags, scarves, and other locally produced items.

Our second day started off going to the Alhambra, a Muslim palace located just outside of Granada, Andalusia, Spain.  It was completed towards the end of Muslim rule in Spain.  The Alhambra was truly one of the most beautiful places I've ever visited.  Not even the rain could take away from the gorgeous details.  There were so many different rooms, all with different historical stories to go along with them.


After spending a few hours taking the guided tour throughout the Alhambra, lunch with CEA was next on the agenda!  The food was amazing (and free, courtesy of CEA, which is something every college kid loves hearing).  After having an amazing lunch, we hopped on the bus and headed back to Madrid.

Granada, you have my heart.

Cara S. is the Spring 2018 CEA MOJO Blogger in Madrid, Spain. She is currently a sophomore studying Public Relations, Marketing, and Spanish at the University of Dayton.


Cara Stevens is the Spring 2018 CEA MOJO Blogger in Madrid, Spain, and is currently studying at University of Dayton.
Leave a comment
Newest on top Oldest on top
Load more comments
Thank you for the comment! Your comment must be approved first