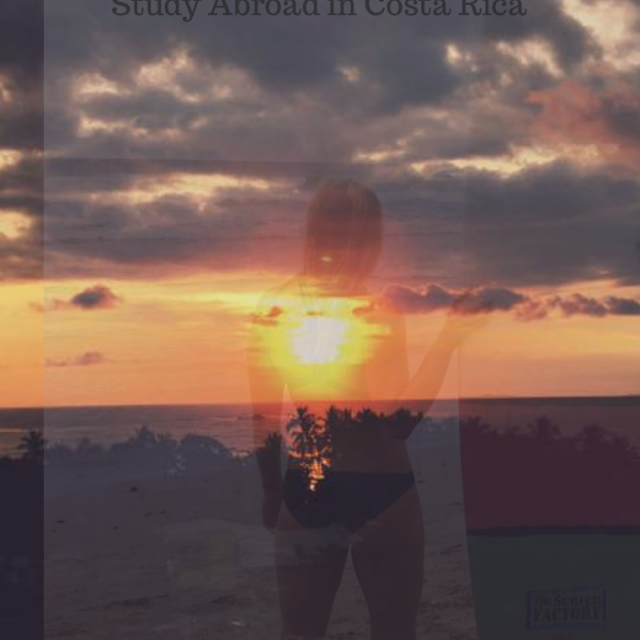 When I decided to go abroad, I understood that it would be a life-changing time in my life. I'm expecting to learn a lot while experiencing a new culture. What I wasn't expecting was exactly how quickly I would begin learning. After being in San José, Costa Rica for just three days of my four-month journey, I have already learned a ton. These are just three of the lessons I learned in my first few days abroad...

Three hours into my first class, my teacher handed out the syllabus. After looking at it, confused as to why we were using the syllabus for a different class, I realized my mistake. I had been in the wrong class all day! My nerves were already a little heightened, as it was the first day of classes and I was still trying to gauge everything, I quickly became very nervous. The little kid inside of me wanted to run away, and go home, and cry. Luckily, since plane tickets are pretty expensive, I didn’t go anywhere. Instead, the next day I went to my actual class, explained my mistake to the professor, and took my seat as the new kid who went to the wrong class on her first day.

What happened next? Well, it turns out that everything was fine and I ended up having two great first days. Going to the wrong class was a silly mistake, but making mistakes is a huge part of being abroad. After living just a few days in Costa Rica, I learned quickly that making mistakes, whether in speaking Spanish or going to the wrong class, is completely normal and necessary for the experience. I found that in order to survive in this new culture and country, I had to own my mistakes.

Be the sandbox kid!

When I was little, my parents would often take me to the park. I remember how easy it was to make a new friend; all I had to do was say ‘hi’ and, next thing I knew, my parents were forcing me to leave the park and my new friends.

Making friends abroad is as easy as being back in that sandbox at the park. I found that other students studying abroad in San Jose wanted to make friends just as much as I did and all it took was a simple introduction and the confidence to step out of my comfort zone. For me, the greatest part about making friends here in Costa Rica is that so many other students are just like me. We all came here to be active, not to sit inside and watch another episode of our favorite shows. Having the confidence to reach out by the third day, lead about twenty students to play soccer at a local park, in the pouring rain.

It is scary, but it is worth it.

Before arriving in Costa Rica, my emotions were all over the place. At times, I was sad to leave the U.S., my friends and family, and the English language. Other times, I was excited to adventure through a new country, learn Spanish through immersion, and start something new.

On the flight is when I felt like I wasn’t really going abroad, like it was all some big joke and I would land and be home again. On the bus to my homestay, I felt like I was going to be sick as we got closer and closer. Thankfully, I didn’t end up back in the U.S. and the bus driver was probably glad I wasn't sick. When I got to my homestay, the nerves settled and, over the next few days, they vanished completely.

I learned that nerves are normal and that stepping out of my comfort zone over and over again was necessary. My simple advice for future “abroad-ers” - don’t box yourself in. Go out and do try something you’ve never done before. Put your phone away and take in the beauty of your host country, especially if it’s Costa Rica because this place is gorgeous! Try new food and make new friends. No matter what, don’t let yourself regret anything. After just a few days, it is easy to say that going abroad is scary, hard, and confusing, but it is worth it.

Amanda V. is the Fall 2016 MOJO in San José, Costa Rica. She is currently a junior studying to be a Physician Assistant at Philadelphia University.