March 31, 2016
by CEA Content Creator
SHARE SHARE
Studying abroad is often touted as a way to explore the world, earn college credits, learn a new language, gain independence, etc..but what about life after studying abroad? How will all the positive experiences abroad make you feel about returning to your “normal” life again? What do these experiences mean to your future career back in the “normal” world? 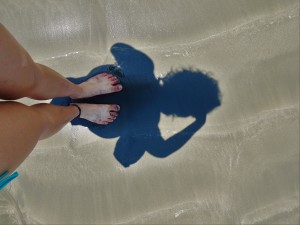 What I learned most from studying abroad is that you don’t see life as “normal” afterwards. Maybe it’s because you view the world differently, you have a transformed perspective on culture, daily life, and adjusting to change. Or maybe it’s because when you return home and think about the friends you left back in your host country, you realize that you actually found something: yourself.

From a personal standpoint, perhaps the greatest career benefit from my study abroad experience in Costa Rica is that I found out what I enjoyed most in life and how to incorporate that into my future career. Even though I already declared myself a film major when I was accepted to college, I never felt like I had a real direction for my future career. I knew what I liked, but I didn’t know how that would figure into a real job.

When I studied abroad in the fall semester of my second year, I was a bit nervous not to be enrolled in three film classes like everyone else would be in my grade. Instead, I was going to focus on Spanish in Costa Rica with one class of Marine Biology and one class of documentary appreciation (my only connection to studying film while abroad). Then, as the semester began, I was glad that I had a reprieve from my very heavy course load of film classes. It gave me time to not only get accustomed to my new Costa Rican life, but also to freely practice art in my spare time. 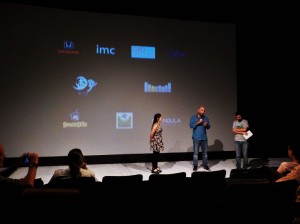 Even without strict classes, I gravitated toward filmmaking (or at least taking videos and photos of every exciting trip I took on the weekend and even every “normal” day in San José). I fostered a deeper love for my chosen major, and by the end of many hours of exploring, filming, living in Costa Rica, I created more concrete career goals in my mind. Now I aim to be a travel documentary filmmaker. I have also gained the confidence to pursue a major in Spanish. Everything about my studies and experiences abroad was something worth capturing on video and in photos, and I want to share the excitement, the worry, the joy, the surprise, and the adventure of traveling and of other cultures. Studying abroad offered me a new way to see myself, and now I can’t stop seeing myself in the future where I’m abroad again and again and again.

Gabriella Cisneros is a CEA Alumni Ambassador. She is a student at the University of Wisconsin-Milwaukee where she is studying film and Spanish. She studied abroad with CEA in San José, Costa Rica in the fall of 2015.