How to: See an English Movie in Prague 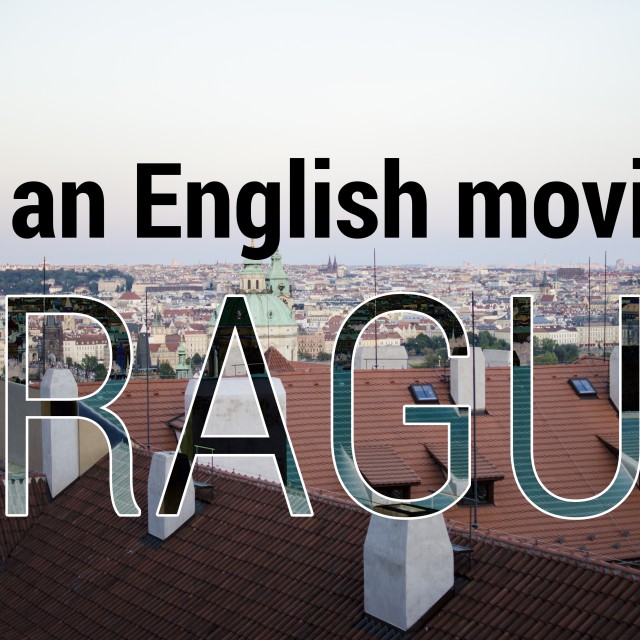 Whether you're a film student like me or just your everyday cinephile, few things are more universal than going to see the latest hit at the theater. Luckily, the international film market is booming, and that means that most of the hottest new releases can be found in theaters around the world. The film industry is alive and well in Prague, and a large variety of theaters are scattered throughout the city. So, when I finally decided to make a trek to the nearest silver screen, I was thrilled to find one just down the street. I'll walk you through the process in creating the best moviegoing experience possible with a quick guide on how to see an English movie while studying abroad in Prague. 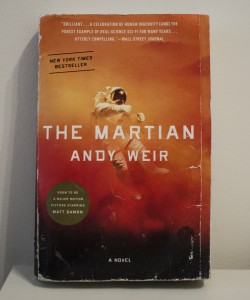 Not all films are granted the luxury of an international release, so don't be surprised if you don't find some of the smaller films in the Prague circuit. Generally speaking, you can find nearly any blockbuster with relative ease. I chose The Martain (Marťan in Czech), the film adaptation of Andy Weir's novel bearing the same name. I recently finished the book during the long bus rides accompanying my travel between countries, and I cannot recommend it enough! As soon as I turned the last page, I knew I had to see the film as soon as possible. Luckily, the film did not have a delayed international release, so I didn't have to wait long. Now that I knew what I wanted to see, next I needed to figure out how. 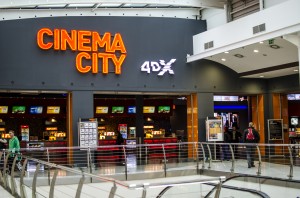 Finding a movie theater in Prague is not difficult. A simple Google search will reveal that the highest concentration lies near the city center and Old Town, but these are not your only options.  A good amount of small art theaters can be found with a little more research, but these tend to only show local Czech titles. An interesting option, but not exactly what we're looking for here. I settled on Cinema City, a chain theater with a solid reputation. One of Prague's most popular malls, Nový Smíchov, is within walking distance of my apartment, and I was delighted to find a Cinema City at its top floor. Now that we know where to go, the only thing left is to buy our tickets!

Like most American theaters, Cinema City offers the option of online payment - their scanners can even read a barcode off a phone screen, so there is no need to print out your confirmation or stop by the box office. This is important, because I was unaware of this option prior to my visit (sometimes the pre-movie advertisements can be really informative!) but now I know better for next time. A key distinction between the average American theater is the ability to choose your seat. Even if you buy your tickets at the box office, they will still show you a chart of the theater and allow you to select the row and number of your preference. That means no more scrambling to get to the theater early so you don't get stuck at the far left of the front row and leave with a sore neck. Pretty cool!

Finally, you're at the theater, ticket in hand, and you've found your seat successfully. Sit back and try to make sense of the foreign advertisements before the film rolls. This part is just the same as back home in the States - you're subjected to the theater's in-house commercials and warnings not to text, followed by sneak peaks and behind-the-scenes, then the trailers roll past and the main lights dim. It's time! Be prepared for Czech subtitles, because most of the audience won't be native English speakers. As I watched the film, I noticed some interesting disconnects - a small amount of the jokes and mannerisms of the characters were lost in translation, but the overall reaction to the film was overwhelmingly positive. Be careful, though - if any language other than English is spoken, you'd better hope you speak it or Czech, or you're going to lose all hope of comprehending the dialogue as the subtitles are still in Czech. I learned this the hard way during a conversation between two Chinese aerospace administrators. But don't let that scare you off! Going through the process is a very rewarding and simple endeavor, and I promise it isn't too different from seeing a film at home. Oh, and do yourself a favor and check out The Martian - it's a fantastic thrill ride of a film that'll keep you on the edge of your seat.

Andrew Guastaferro is the Fall 2015 CEA MOJO Blogger in Prague, Czech Republic. He is currently a senior at Chapman University.