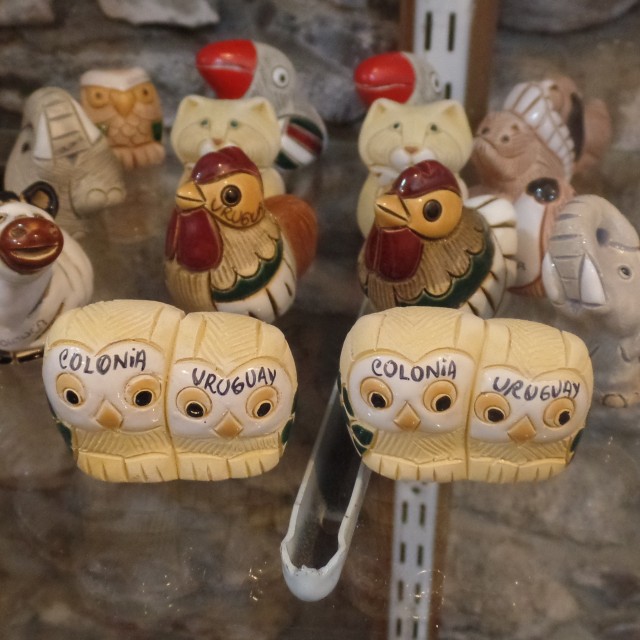 The Rio de la Plata River Basin is an area with a long history of conflict (although it’s hard to find an area without – let’s stick with this one for today). It just so happens to be the confluence of two major colonial empires – Spain and Portugal – and is the fertile and invaluable land that both fought over for centuries. Due to this, one area in particular, Uruguay, changed hands many times between the two as the borders between soon-to-be Argentina and Brazil were decided. The history of this territorial game of hot-potato (or reverse hot-potato, since Uruguay was the potato both sides wanted. Is there a better allusion than reverse hot-potato? Soccer?), anyway, the history of this territorial soccer match is best observed in a smallish town on the northern coast of the Rio de la Plata called Colonia del Sacramento. Better known affectionately as “Colonia.”

Because it’s so historical, Colonia caters heavily to tourists – over 50% of people work in the tourism industry here. The attractions range from a 140-foot high lighthouse, a museum of Portuguese colonial history, several coffee shops and souvenir stores, miles of white sandy beaches, a pier, and several hourly golf-cart rental shops. Given the sheer number of golf-carts out on the city streets, this is one of the most popular attractions the city has to offer. While not overly educational, I can attest to its high level of entertainment.

The best part of the city is that it’s small enough for you to walk its entirety on foot – even if you choose to golf-cart it instead. The historic city center still bears the remnants of its former status as a colonial fortress, with a central plaza occupying what is left of the fortaleza’s foundation. In addition, the Portuguese-designed city streets are still distinguishable from the Spanish-built streets (the Spanish streets were built with sidewalks, while the Portuguese streets weren’t). We only stayed for one day, which is perfect for a place like Colonia because while there’s not much, there is just enough to do to enjoy the whole day. Given the opportunity to go back, I probably would, on a day when it’s not so cold and windy (it was pretty darn windy. If you like that sort of thing, I recommend climbing to the top of the lighthouse and losing yourself and your hat if you have one in the panoramic view).

Kevin Cecil is the Fall 2015 CEA MOJO Blogger in Buenos Aires, Argentina. He is currently a Sophomore at the University of Miami.