My Time in the Pomegranate: A Reflection 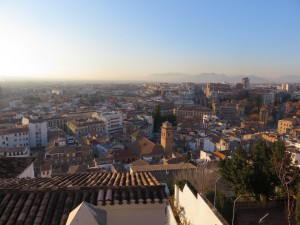 One of the most frequent comments that I heard when asking other students about studying abroad for a semester was that the time would go by uncontrollably fast. Now, after having been in Granada for over four months, I am afraid that I am going to have continue with that cliché comment and say the exact same thing. This semester has flown by! For me, it seems like just yesterday that I officially began my adventure abroad. I vividly remember the first time everyone in my program met. We were at our first CEA orientation during our first week in Granada. I was surrounded by a ton of strangers in a city that resembled a maze. It was overwhelming to put it lightly. "Can I do this?" I repeatedly thought to myself as I wandered back to my homestay. Little by little, I slowly began answering that question. I began to make friends in my classes and in my program, Granada and its surroundings became more familiar, and most importantly, something changed. Me. I became the more independent, self-confident and self-loving person that I always wanted to be. 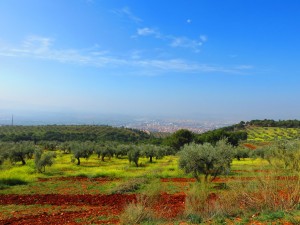 Overall, I knew that if I could handle being abroad for a semester, I could rise to any other occasion in life as long as I took it one step at a time. I constantly jumped out of my comfort zone on a daily basis and I found that there is actually life outside of it. Academically, I reached the goals I set out to attain. By living in a homestay, taking all Spanish classes and attending weekly intercambios, I was able to get a more realistic understanding of the Spanish language and the culture of Spain that I was looking for--something I could have never gotten out of a reading a book back in the states. Outside of Granada, I finally got the chance to satisfy my desire to travel by visiting cities throughout the south of Spain, Morocco and Italy.  After those first couple of months, my question changed from "Can I do this?" to "How can I do without this?" I fell in love with Granada and Spain. The memories that I hold from this journey will now be the foundation for the rest of my life as I head towards my future. As I started this final month of my semester abroad, I have to remind myself that although my time here isn't forever, this not a final good bye, but rather an hasta luego, Granada. Again, thank you so much for everything you taught me.

Brady Greenwalt is the Spring 2015 CEA MOJO in Granada, Spain. He is currently a junior at the University of Nebraska- Lincoln.
Read more about our CEA Content Creators.
Leave a comment
Newest on top Oldest on top
Load more comments
Thank you for the comment! Your comment must be approved first