A Halloween Trip to Iguazu Falls

8:00am on a Halloween morning found me in the guys’ room of Jorge Newbury Airport in Buenos Aires rubbing something out of my eyes. Ok, I’ll admit it…it was eyeliner. I was rubbing eyeliner out of my eyes. I was dressed as a pirate the night before, and I had seen Johnny Depp do it once, so it’s cool.  Back at our departure gate, a group of 44 of my fellow CEA students lounged around in small semi-circles. Some chatted, some snoozed. In the lazy stares of their tired eyes, and in their voices, there was a marked excitement.

All trips are fun, even at 8 am. Not all trips, however, are to one of the 7 natural wonders of the world.  This one was. My CEA study abroad group was mobile; we were off to a northern corner of Argentina where, in a tri-sandwich between Brazil and Paraguay, there rumbled the widest waterfall on the earth – Iguazu Falls.

We arrived in the town of Iguazu around noon. Our visit to the falls, however, would have to wait until the next day. First, we had things to do…delicious steak meals to eat…howler monkeys to see.  After lunch, we went and checked out Güiráoga Natural Park, a wildlife refuge where trainers rehabilitate injured jungle critters.  The choir of three howler monkeys greeted us with a loud chorus of “oooouuuooooouuoo’s”, a gesture that I kindly reciprocated. We strolled through the rest of the park, and afterwards went to the hotel to get settled before an evening boat-cruise on the river, and you know who loves boats, pirates! The next thing I knew, I was back in eyeliner and a tunic, carrying a broken sword, floating on the Y intersection of two rivers dividing Brazil, Paraguay, and Argentina.  Our group of 44 shared the boat with a vacationing group of elderly Chilean women, so as you could imagine, it was only a matter of time until the dance party broke out. 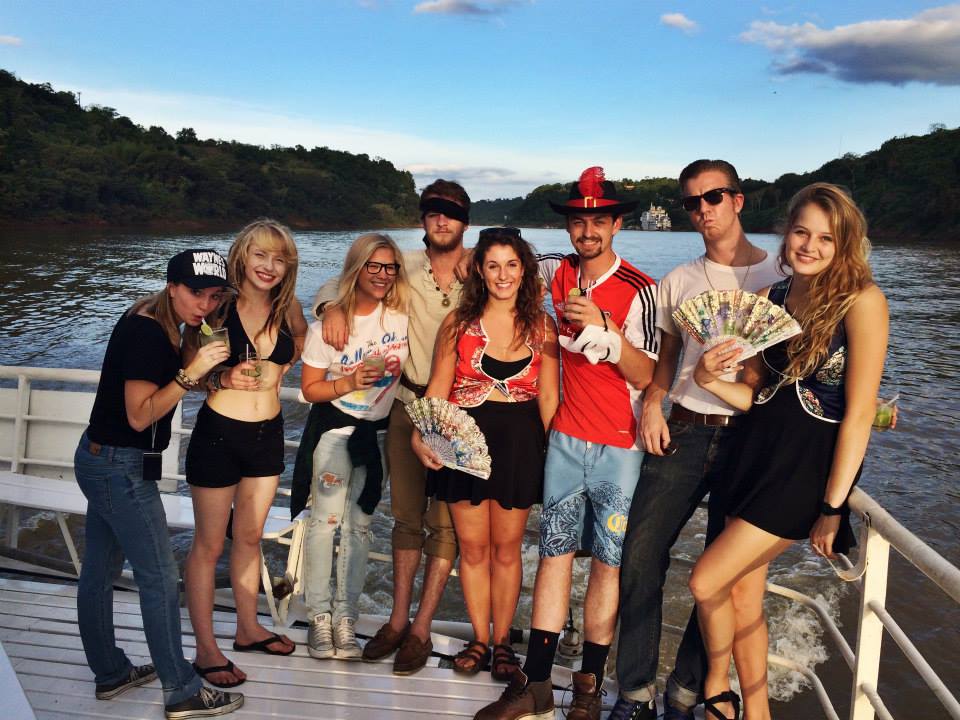 We arrived at the gates of Iguazu national park the next morning. We hopped aboard a small passenger train that would take us to a point near the falls, from where we walk. You could hear the falls before you saw it…a low rumble like static floating through the jungle. We began to catch glimpses of it through the trees, and soon enough, our walkway came to an end viewing deck positioned on the lip of the falls. 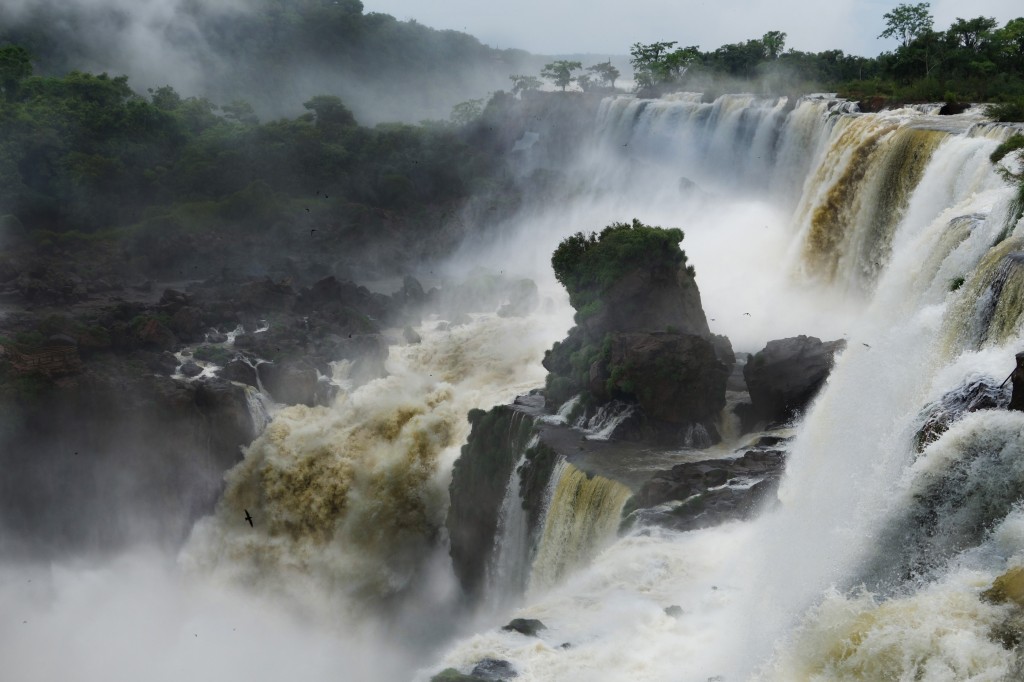 It is difficult for a mere mortal like myself to describe something like Iguazu falls in words. Powerful, spectacular, slightly frightening in its magnitude…these descriptors begin to scratch the surface.  A shelf of jungle and rock spilling water hundreds of feet below through chutes and spires into a stormy angry pool.  Now we’re getting closer.  Somewhere during the day it began to rain hard, warm, jungle rain, and didn’t stop for several hours – Iguazu coming from the sky.  The day climaxed with a thrilling ride on a giant speedboat that brought us under the falls into the maw as we yelled like maniacs while charging towards the waterfall. 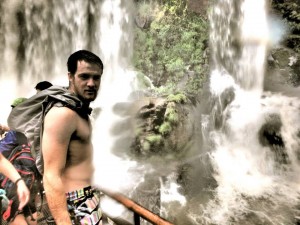 The adrenaline continued to pump for hours.  The next day, we hung around the pool and returned to Buenos Aires in the afternoon.  More than being one of my favorite weekends in Argentina, this trip also served as a last hurrah for many of us CEA students who began in July and finish the week of Nov 6th, and quite a last hurrah it was.

Mathew Cerf is a CEA mobile journalist in Buenos Aires, Argentina. He is currently a junior at the University of San Diego.