Touring the Churches of Rome, Italy

November 21, 2013
by CEA Content Creator
SHARE SHARE
One of my favorite parts about living in Rome has been exploring the churches. Each one is unique, beautiful, ancient, and has an incredible story along with it. My theology class meets every Monday and Wednesday, and Wednesdays are always dedicated to an onsite lecture.

Over the past four weeks, we have been to the four main churches of Rome: Basilica of St. John Lateran, Basilica of St. Mary Major, Basilica of St. Paul’s Outside the Walls, and most famous, the Basilica of St. Peters in Vatican City. I’d like to take the time to briefly discuss each of these, as they are worth mentioning and visiting if you are ever in Rome. I’m lucky I got to spend a few hours at each one, learning about their history and significance to the Catholic Church. 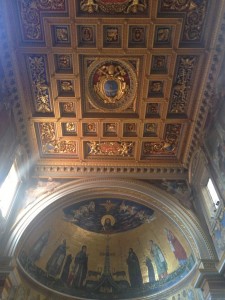 The basilica of St. John Lateran is dedicated to St. John the Baptist. It served as the seat of the Pope before it moved to Vatican City in 1377 AD, and today, the Pope says mass here on Holy Thursday. St John Latern has massive statues of the 12 Apostles, six on each side, leading up to the Pontifical Altar. The ceiling, like the other three basilicas, is intricately designed with gold. One distinctive feature of this basilica is the Baptistery of the Lateran, and according to legend, this is where Emperor Constantine was baptized.

The basilica of St. Mary Major is the smallest of the four, and being dedicated to Jesus’ mother, has a more homely and motherly feeling to it. This church is believed to have relics from crib of the infant Jesus from Bethlehem. Christ’s infancy is depicted on the triumphal arch. This basilica is dedicated to Mary’s perfect discipleship, and her acceptance of God’s command for her to bear his son. When our class visited, we had the privilege of going on the roof to see a beautiful view of Rome! 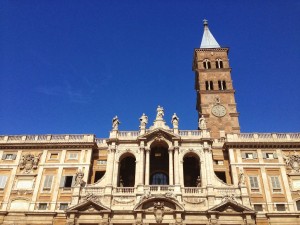 My favorite of the all the church’s I have seen so far is the basilica of St. Paul’s Outside the Walls. It’s located slightly outside the city of Rome, in a much quieter neighborhood then the city’s center. When my classmates and I toured, there were few people there and we really had the opportunity to take in everything about the church. Before entering the basilica itself is a beautiful courtyard formed by four colonnades. This church serves as a testimony to the lives of the Apostles Paul and Peter, their martyrdoms, and their contribution to Christianity. It’s a must see! 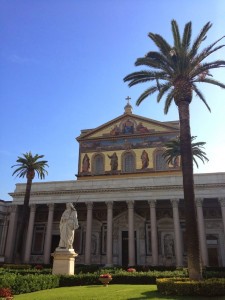 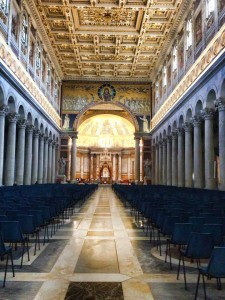 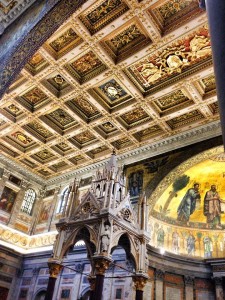 St. Peter’s Basilica is one of the largest churches in the world and is also plays a key role in spreading the Apostolic message. We waited in line for two hours in St. Peter’s Square to enter! Designed by some of the most famous Italian architects - Bramante, Michelangelo, and Bernini - St. Peter’s is a true testament to Renaissance and Baroque architecture. Despite its significance to the Roman Catholic Church, it serves as a magnificent work of art and tourist attraction. It’s something I highly recommend people see for themselves, it’s really worth the wait. 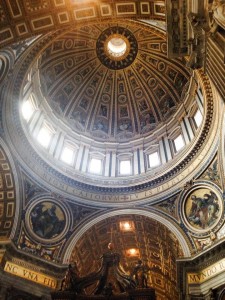 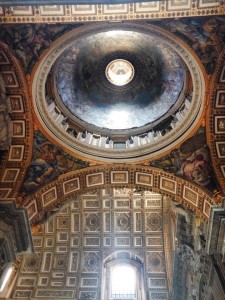 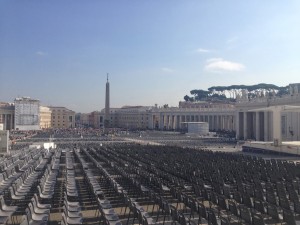 Haley Bryan is the CEA MOJO in Rome, Italy. She is currently a junior at Providence College.
Read more about our CEA Content Creators.
Leave a comment
Newest on top Oldest on top
Load more comments
Thank you for the comment! Your comment must be approved first