Don't Be Afraid of the Euro (In Granada)

October 08, 2013
by CEA Content Creator
SHARE SHARE
The most common thing friends and family told me when they knew I was going to Spain was, "Oh, be careful. You'll be spending with Euros." Initially, I had this belief that I would lose a ton of money here, hold back on the nightlife to save money, and would not even think of traveling independently. After living in Granada for a little over a month, I realized I spend much less here than in the U.S., and most things here are cheaper. Here are some examples of my top ten affordable things in Granada:


1.) Tapas. Tapas are basically mini appetizers that come with a drink that you order (basically free!). There are a variety of tapas, such as olives, mini sandwiches, bread with fish or ham, meatballs and fries, etc. At most places, tapas are a surprise, which makes it even better!

2.) Drinks. In Granada, you will find tapas bars that have great deals on drinks, ranging from €1 to €3, the average being €1.20. These drinks come in decent sizes, and with those drinks, you get free tapas! 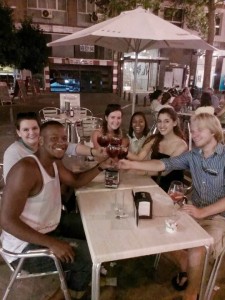 3.) Flights. In Europe, it is much cheaper to travel to other European countries. Flights from Granada to Rome, for example, start from as low as €35! 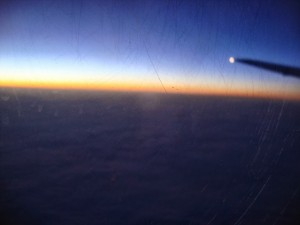 4.) Hostels. Whether you are traveling to a different country or a beach town in Spain, you will find a ton of affordable hostels with great service, views, perks, etc. Some start from as low as €19 a night.

5.) Postcards. When arriving in Granada, be careful not to buy the first postcard you see. Many of them are €0.40  or €1, but I found two specific places that sell postcards for €0.15. The postcards are just as nice as the others and they're much cheaper! One is on Reyes Catolicos near Plaza Nueva and the other one is near the Catedral. 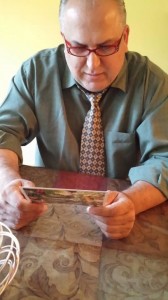 6.) Clothing. Before my arrival, I told myself not to shop in Spain, because I believed I wouldn't be able to afford it. But I've noticed that a majority of the people in Granada wear the latest styles and have incredibly nice clothing. There are many shops like Pull & Bear, Mango, Bershka, and H&M, that have fashionable clothing for affordable prices. I couldn't resist, and I bought pants for €7 and a dress for €3 (just an example of the deals I found). So, shopping in Europe is just the same, or oftentimes, more affordable than in the U.S.

7.) Cafes and ice cream. Right outside of Centro de Lenguas Modernas (where you will be taking classes in Granada), there is a cafe called Potemkin that serves an abundance of tostadas for less than €2! During my class break, I usually go to this cafe and get a tostada with butter and jam or butter and honey. Affordable, delicious, and filling! 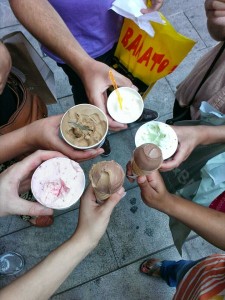 The most popular gelato shop in Granada is Los Italianos, but you will come across various others that have a variety of delicious flavors. You can get an ice cream cone with two scoops for as low as 1 euro! I've never been an ice-cream girl until I arrived in Granada...

8.) Dance classes and gyms. Last night I went to my first Zumba class, which was free and really close to the Centro de Lenguas Modernas building. You will find many free dance classes in Spain that are incredibly fun and that offer good deals if you decide to join a class consistently. The Zumba class I went to yesterday offers 10 classes for only €30! And there are many gyms in the area that start from as low as €20 a month for a membership. Take advantage and get active! 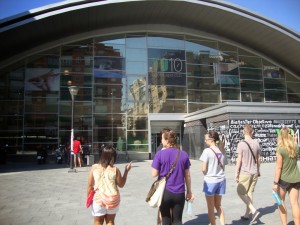 9.) The nightlife. Ladies. If you like to go out dancing, you will find many discotecas (clubs) that offer free admission for the girls. For men, you can get a significant discount if you simply add your name to the Facebook list or if you bring in a flyer that they give out at the University of Granada. Oh, P.S., Camborio (one of the discotecas with free admission for the girls) has a view of the Alhambra at night. Don't miss it! 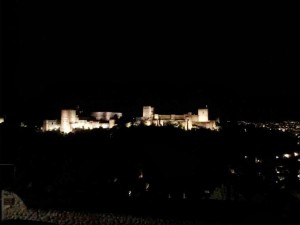 10.) Concerts. In Spain, you will come across a bunch of concerts in the area and in other parts of Andalucia. There are many concerts that are open to the public, and there are others that require a paid admission. My friend recently came across a music festival in Seville which begins October 15-19. We are planning on going for the weekend, and one day costs only €5! The tickets are a bit more expensive, but this is an automatic discount for students. You will find that there are many other places in Spain that will give students discounts, as well.

**In addition to all of these top then things, there are many more that you will find in Granada. It is difficult to narrow down all of the affordable things to do here. And oftentimes, there are many things that go on in the city center that are priceless, like the Catholic parades and processions of the Virgin and various other religious events that are breathtaking. Being in a touristic and cultural center with people of all ages, you will find that just walking around the city with €0 in your pocket is just as fulfilling as getting tapas with friends. 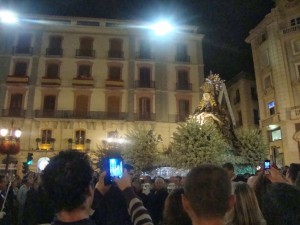 Stephanie Khio is the Fall 2013 CEA Mojo in Granada, Spain. She is currently a senior at Roosevelt University in Chicago.