March 02, 2013
by CEA Content Creator
SHARE SHARE
To introduce all of the CEA study abroad students to London, CEA provided us with a walking tour of the city's most famous areas, and then a bus tour which allowed us to see even more of London! It was a great opportunity to get acquainted to the city and snap some pictures! 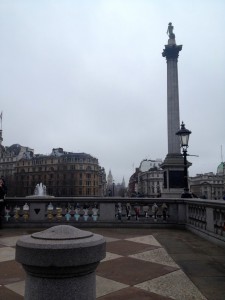 First we went to Trafalgar Square. This area hosts the National Gallery and National Portrait Gallery and has beautiful fountains, statues, and a great view of Big Ben in the distance! 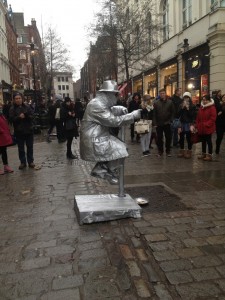 We then walked to Covent Garden, which is my favorite part of London by far. It's filled with restaurants, great stores, and new art displays depending on the upcoming holidays. There's also really cool performers around every corner! 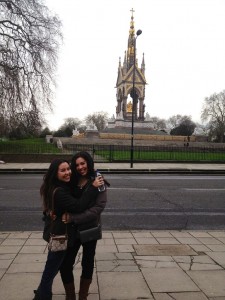 On our city bus tour, we got a quick photo stop at the King Albert memorial in Kensington Gardens. The memorial was Queen Victoria's tribute to her husband who had died 11 years prior to the memorial's creation. 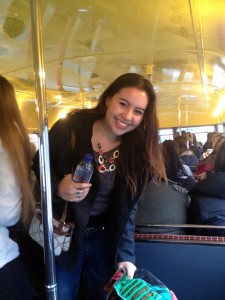 We all got to ride on the typical double-decker bus. 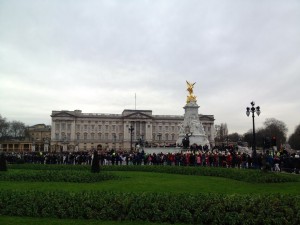 Next stop: Buckingham Palace! Our tour guide told us that when the queen is there, the royal flag flies from the palace's top.

When we went, we were lucky enough to be there in time for the Changing of the Guard. Here, the old guards are leaving the palace. 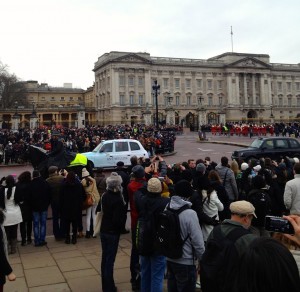 You can see how many people turn up to see the Changing of the Guards ceremony! 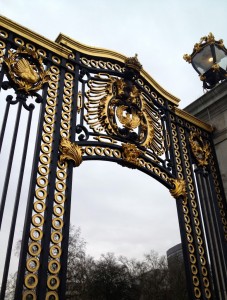 The outer gates of the palace were absolutely beautiful and so intricate. 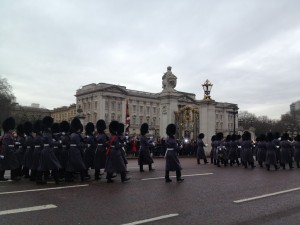 With music playing as they march, the new soldiers go to the palace to take the places of the old ones. 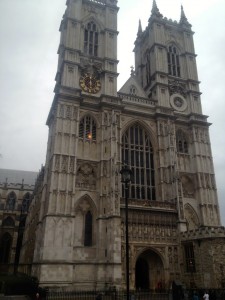 Next, we drove past Westminster Abbey. It's huge and looks different from every side you look at it. 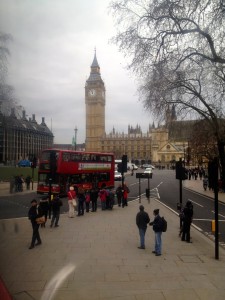 The classic image of London with a red double-decker bus and Big Ben! 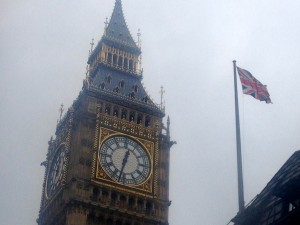 Big Ben and the Union Jack together! I love the clock face!
Cailin Burke is the CEA MOJO in London for the Spring 2013 semester
Read more about our CEA Content Creators.
Leave a comment
Newest on top Oldest on top
Load more comments
Thank you for the comment! Your comment must be approved first