A Weekend in Madrid

November 21, 2012
by CEA Content Creator
SHARE SHARE
This past weekend a group of CEA Barcelona students and staff traveled to Madrid, a city equally famous for both its exceptional museums and vidilla (liveliness). On the first day of the visit we took part in a tour of Spain’s capital provided by official city guides, during which we saw some of Madrid’s most emblematic sites, such as the Parque del Buen Retiro, the Prado, the Cibeles fountain and the Gran Vía.
We went on to see Plaza de España, where students were shown the monument to Miguel de Cervantes and those most famous of characters, Don Quixote and Sancho Panza.  From here we were shown the Temple of Debod in the Parque del Oeste, and told how this ancient Egyptian temple ended up in Spain’s capital after being erected more than two thousand years ago near Aswan.  As we walked through Madrid’s centre we were shown the Royal Palace and learned how the genesis of Madrid’s historic quarters was tied to the Habsburg and Bourbon dynasties.
On the second day of our trip we visited the Museo Reina Sofía.   Our guide took us through the permanent collection of the museum, paying particular attention to important figures of 20th century art, such as Dalí and Picasso, as well as lesser-known figures such as the female Catalan surrealist painter Ángeles Santos Torroella.  We finished off the visit with a short lecture on the Spanish Civil War in relation to Picasso’s masterpiece Guernica.
Thank you to our guides Federico and Rosario and to all our students for their enthusiastic participation! 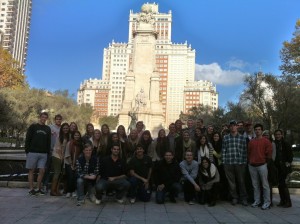 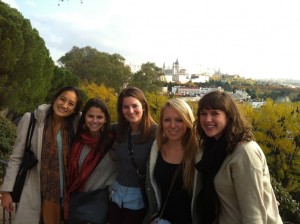 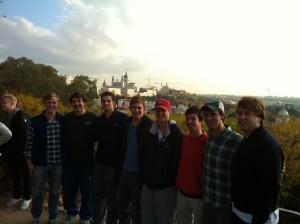 CEA students posing in front of the Palacio Real 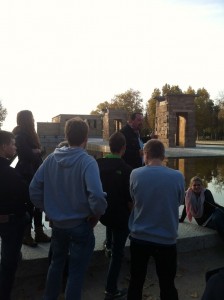 Our guide Federico explaining the Temple of Debod 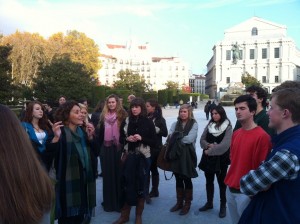 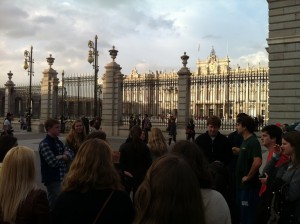 In front of the Palacio Real 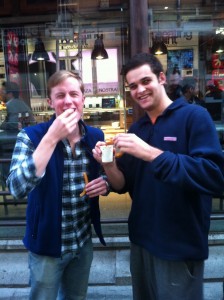 Enjoying 'churros con chocolate' in front of the Mercado San Miguel
Read more about our CEA Content Creators.
Leave a comment
Newest on top Oldest on top
Load more comments
Thank you for the comment! Your comment must be approved first