C'est à Vous! - I Have 2 Favorite Feelings in Paris 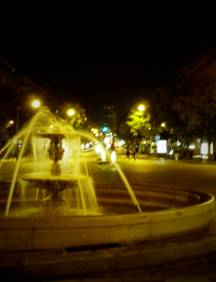 I have two favorite feelings in Paris. The first is when I'm speaking French and it doesn't feel like I'm speaking a foreign language. I'm just talking. The second is when I feel like I'm on the inside. By that, I mean that I'm seeing or experiencing authentic Parisian life, not just the outsider perspective of a tourist.
I felt this way when my host mom was kind enough to invite me to celebrate Rosh Hashanah and Yom Kippur with her family. Originally from Algeria, the grandmother made wonderful couscous and épinards, and her son explained some of the family's history, religion and traditions to me. I even found out that there was a famous French comedian in the family!
I felt this way a couple of weeks ago while eating dinner with a group of French students at my church by la Bastille. A conversation about traveling in Europe turned into a conversation about French history versus American history (side note: often when I meet French people, they politely try to find out if I know anything about their history. Apparently they've seen a few too many YouTube videos poking fun at misinformed Americans) which then turned into a conversation about Disney movies. Eventually, we were all cracking up, trying to sing songs from The Little Mermaid in French and in English.
I felt this way when a French woman stopped me in the métro to ask for directions. After I gave them to her, she explained to me that she actually didn't need directions - she was a writer who was working on a novel and wanted to briefly interview people so that she could quote them later.
The wonderful thing about study abroad is that you initially spend a number of weeks analyzing everything. Sorting out the differences between your new culture and your old one, trying to come up with explanations for things that just don't make sense, and frankly, feeling stupid from time to time. Then after that period has passed, you can just relax and enjoy it. This level of comfort and ease in a foreign country simply can't be reached as a tourist. David Sedaris said, 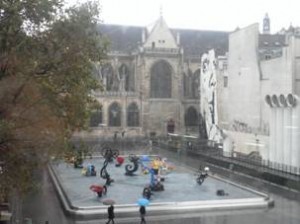 "Living in a foreign country is one of those things that everyone should try at least once... What I find appealing in life abroad was the inevitable sense of helplessness it would inspire. Equally exciting would be the work involved in overcoming that helplessness."
While I never felt helpless while in Paris per say, the transitional period is well worth the reward of such a memorable life experience. Bon voyage!
Janie Rowland is currently a junior at Wheaton College. She is studying in Paris for the Fall 2011 semester.
Read more about our CEA Content Creators.
Leave a comment
Newest on top Oldest on top
Load more comments
Thank you for the comment! Your comment must be approved first