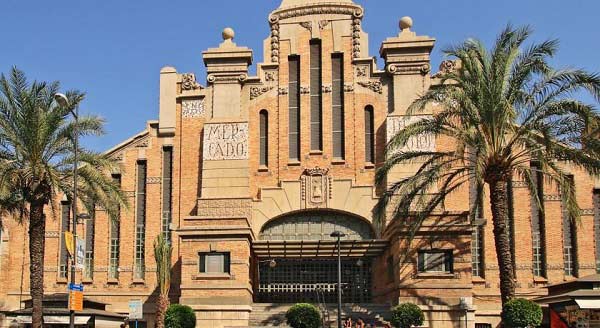 When preparing myself for my semester in Spain, I read blogs and articles on everything, from the regional Spanish slang to the best place to get a haircut. I never found any resource that I believe accurately describes the cultural differences between the United States and southern Spain. The differences aren’t drastic, but after four months I continue to be surprised every day by something new I observe about the people of Spain.

The most obvious difference is the timing of breakfast, lunch, and dinner. Most restaurants don’t open until 8:30 or 9 a.m., since breakfast isn’t the most important meal. Spaniards sit down for a light breakfast of an espresso and pastry before work. Lunch is the biggest meal of the day, which is typically eaten at home around 3. Restaurants open back up for dinner at 8:30, with the busiest times being around 9:30-10. In Alicante specifically, dinners are centered around the “Mediterranean diet,” which entails a heavy focus on fresh vegetables, olive oil, bread, pork, and seafood. The food culture in Spain is much more relaxed and savored, with a meal never being rushed or under two hours. My morning to-go coffee was always reciprocated with a “Porqué siempre tienes prisa?” (Why are you always in a rush?)

Directly correlated to meal times, the hours of operation of restaurants, stores, supermarkets, and other businesses are another adjustment. As most people know, “siesta” time is about a two- or three-hour window between 3-5 in which businesses close. I’ve found that most people don’t actually take a midday nap, but go home to drink a coffee, eat a snack, and relax. This does not mean the people of Spain work a shorter workday, as a normal day ends around 8:30 or 9, rather than the 9-5 schedule we are used to in the U.S. Similarly, virtually every business is closed on Sundays, reserving the day to spend time with your family and sit on the beach.

In contrast to the laid-back lifestyle, everyone in Spain is always dressed as if they’re on their way an important event. Instead of leggings, they wear jeans or dress pants. Instead of a sweatshirt, they stay warm with a blazer or leather jacket and scarf. Without exception, you will never see a Spaniard in sneakers outside the gym. One of my favorite parts of each morning was passing the elderly man walking his schnauzer, always dressed in a full suit, peacoat, and cap. This custom has motivated all of us to dress nicer. Obviously, as a group of American girls we tend to stand out but going along with the “dress code” definitely makes us a little less obvious (even though we clearly haven’t kicked our habit of wearing sneakers when traveling).

My favorite aspect of Spain is their focus on sustainability and the environment. I have always tried to be conscious of my environmental footprint, but living in Spain has kicked that consciousness into a full-blown passion. The absence of “to-go” culture has a lot to do with the laid-back lifestyle, but it also is designed to minimize waste. There is a recycle and clothing donation bin on every block, which are emptied out every night. Paper straws, glass instead of plastic, and energy conservation are not fads, but a part of the lifestyle. Plastic bags at grocery stores are rarely used, and the purchase of reusable ones is extremely affordable. My favorite sustainability practice is the abundance of fresh food markets. The Mercado Central is a huge market open 6 days a week, with one floor designated for cheese and meat vendors, and another for fresh fruit, vegetables, and seafood. Shopping locally cuts down on transportation emissions and packaging waste, while also supporting local businesses.