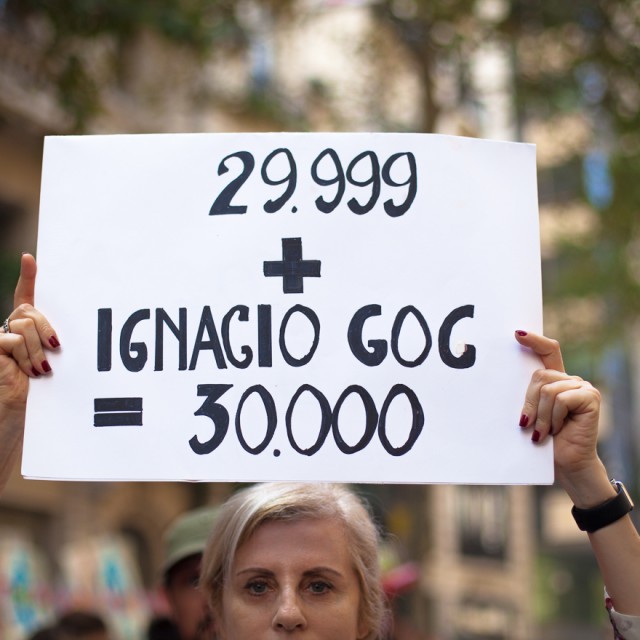 This photo was taken on March 24th, 2017, Día Nacional de La Memoria por la Verdad y la Justicia. This photo represents 1 in the 30,000 Argentinians who "disappeared" during the military dictatorship that lasted from 1976 to 1983. The majority of the people who disappeared were young opposers of the dictatorship, both men and women,  who refused to keep silent about the injustice during that time period. Many of the "Desaparecidos", as they are named in Argentina, were kidnapped by the government and never returned to their families. Now, nearly 40 years later, the country of Argentina uses March 24th to honor the fight for justice and human rights and as a pledge to never forget those who were unjustly taken and never returned to their families. They say in Argentina, "Nunca más" which means, "Never again."

Jordyn M. is a Spring 2017 student in the Buenos Aires, Argentina. She is currently studying at WMICH Liberal Arts & Social Science in Spanish.