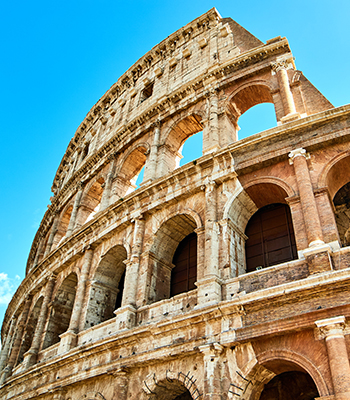 Joanna is a psychologist, life coach, researcher and lecturer in Positive Psychology at the CEA Study Abroad in Rome. She has worked at various educational institutions in Italy, Portugal, Poland, the UK and Ireland. Her main academic interests include positive and cross-cultural psychology, mindfulness, compassion and promotion of mental health and well-being. Joanna has a BA in English Literature and an MA in Psychology both from the University of Warsaw. She has completed postgraduate studies in Life Coaching as well as in Counseling and Coaching Skills. Along with teaching, counseling and holding workshops on personal growth, she is completing her Ph.D. in Psychology of Well-Being at the University of Coimbra, Portugal, on the role of gratitude in life.

Latvian by birth and a certified lawyer, Ieva obtained an M.B.A. from Boston University and a Finance and Accounting Diploma from the London School of Economics. Before moving to Rome, Ieva worked for over 10 years in economic and commercial public diplomacy in the Baltic States, Russia, United Kingdom and China. Ieva was in fact one of the earliest public policy experts promoting the China’s One Belt One Road initiatives in the Eastern and Central European countries. In addition, Ieva holds over 5 years of corporate experience working for the British FTSE 250 companies in London in the field of international business analysis, corporate strategy and change management. Currently she serves as a non-executive director at CYPE Investment Consulting Co (Beijing) residing in Europe and consulting Chinese companies on the European markets. At CEA, Ieva teaches International Business and supervises students enrolled in the Internship program.

Mario Cacciafeste is a native of Rome. After studying Classics in high school, he graduated in Humanities at La Sapienza University and earned his Diploma as teacher of Italian as a Second Language at Dilit International House of Rome. In the past he has taught Italian language and culture at UPTER, Università Popolare per la Terza Età and has collaborated with various embassies and institutions such as the Parsec Association and the Centre for Migration Studies (CSER). Prior to joining CEA in 2008, Mario taught for various study abroad programs including Cornell University, Rhode Island School of Design, the University of California and DePaul University.

Born in Rome, Ippolita graduated in Contemporary Italian Literature from La Sapienza University of Rome with a thesis on Vitaliano Brancati, and obtained a Ditals II Certification to teach Italian as a foreign language from the University of Siena. Additionally, she is completing an MA Degree at the University of Tor Vergata in Rome specializing in the transmission of the Italian language. In the past Ippolita has been actively engaged in service learning, focusing on the integration of Nomad children in Italian secondary schools and training fellow teachers. Ippolita has taught for over 15 years at the Pontificia Università Urbaniana, the American Academy, the Spanish Academy, the FAO U.N. Agency, the Pontifical Swiss Guards, as well as various study abroad programs affiliated with Cornell University, Dartmouth College, the University of Washington and John Cabot University.

Marcello is currently a Research and Teaching Fellow in the Department of Political Science at LUISS University Rome, and recently held a post as Researcher in the Department of Philosophy at Vienna University. Marcello designed CEA’s Ethics and Sustainability Program, teaching courses like Business Ethics, Environmental Ethics and Smart Cities, Sustainable Economies and Business Innovation. Half Sicilian and half Dutch by birth, Marcello holds an M.A. Degree from University College Utrecht (2001), a Master of Science from the London School of Economics (2003), and a Ph.D. from LUISS University (2010).His most recent books include: Canned Heat: Ethics and Politics of Global Climate Change, with G. Pellegrino (Routledge, 2014); Gardens of Consequence: A Philosophy of Urban Environmentalism (Springer, 2017); The Global Environment: Ethical and Political Issues (Routledge, 2018).

Elda, as her students affectionately call her, was born in Rome and graduated in Foreign Languages and Literature from Roma Tre University. Specializing in Russian, in 2001 she was awarded a six-month scholarship from the Italian Ministry of Foreign Affairs and moved to Moscow. Since then Elda has earned a Diploma as teacher of Italian as a Second Language from Dilit International House of Rome and has worked as interpreter and teacher both in Russia and Italy. Since 2008 she has been teaching for study abroad programs affiliated with the University of New Mexico and CEA.

A native of Miami, Florida, Marshall received his MBA from the Wharton School of the University of Pennsylvania and has additionally taken extensive graduate coursework in counselling psychology at New York University. Marshall comes to CEA to teach Cross-Cultural Management and Basic Operations Management from a 12-year career in diverse business and finance sectors in the U.S. and Europe. He has worked on Wall Street on investment banking and risk arbitrage for firms like Donaldson, Lufkin & Jenrette as well as in trading for BNP Paribas. He further worked in the areas of corporate management, marketing strategy, management consulting, and real estate. Before joining CEA, Marshall has taught at New York University’s Stern School of Business, Fordham University, University of Connecticut, American University of Rome, University of Malta and Loyola University Chicago.

David joined CEA Rome in Fall 2017 to teach International Finance. Additionally, he has taught on finance, economics and the entertainment industry in various institutions in Rome, including the American University of Rome and the Rome Business School. He also teaches graduate seminars for the M.B.A. program of the Institut Superieur de Gestion in Paris, France. Prior to entering the academic world, David served as Finance Director for The Walt Disney Company. After working at the company's headquarters in Los Angeles, he became Finance Director in the UK and then Italy, where he was in charge of all cinema, video, and DVD financial operations. He is currently completing his Ph.D. with the International School of Management in Paris.

Critical Perspectives on Italy; Social History of the Italian Mafia

James received his Ph.D. in Italian Studies from the University of Wisconsin-Madison and has lived in Italy intermittently since 1989. His academic interests include Italian organized crime, sociology, anthropology, translation, and literature. James has taught at the Umbra Institute in Perugiaand the Rome Center of Loyola University Chicago. He currently teaches literature and sociology courses at John Cabot University, including Contemporary Italian Society.. A member of the CEA faculty since 2008, his courses are among the most popular. James is well known for his English translations of classics in contemporary Italian literature, such as Dacia Maraini’s Extravagance and Three Other Plays and On Mafia: Small Personal Thoughts. He has organized a major art exhibit in Rome on Nordic painters in the mountain village of Civita D'Antino (Abruzzo) at the turn of the 20th century, and he is a certified sommelier.