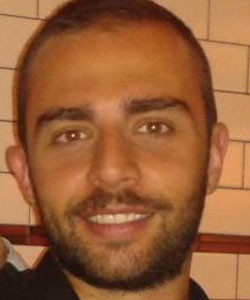 Luca Micheloni was born in Marino, a small town close to Rome, and he graduated with a degree in Sociology and Social Sciences from the University of Rome, ”La Sapienza.” While at university, he worked within the hospitality sector, and his thesis was about the learning process within a working community connected to the hospitality industry—a great subject for a future Student Services Advisor at CEA!

Luca moved to London to focus on his language skills, and a few months later, he won a scholarship through the Leonardo Project in Crete, Greece, where he worked as a researcher in the economic department of MaiCh. Luca considers interacting with people an important part of his life, whether personally or professionally, and he often seeks out this interaction. He enjoys travel with the goal of learning a new language and culture, and he finds Spain and the Spanish language fascinating.