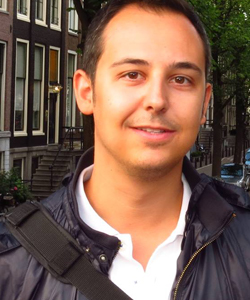 Before joining CEA, Jorge worked as an administrator, quality manager, and study abroad program coordinator at the Universidad de Granada for 3.5 years. He was appointed as a French-Spanish sworn translator by the Foreign Affairs Ministry, worked as a freelance sworn translator and interpreter for some translation agencies in Andalucía, and volunteered for the Immigrants Bureau at the Red Cross in Granada. Jorge holds a bachelor’s degree in Translation and Interpreting and Immigration Laws from the University of Granada and a master’s degree in Foreign Trade and Quality Management from the Universidad Autónoma de Barcelona.

culture and way of life. Meet locals and talk to them as much as you can. You will learn from them much more than from any book.”