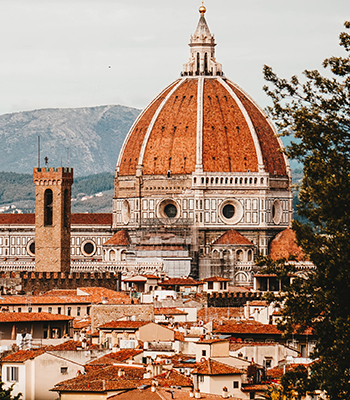 Clive is a British professor and entrepreneur who has been living in Italy for over 20 years. He holds an MBA from Aston University (Birmingham, UK). He has been teaching for 12 years at graduate and postgraduate level in the UK system and 9 years with North American students. He teaches a variety of business topics, such as entrepreneurship, sustainability, food Business, family business, governance, ethics, mergers, acquisitions, and divestments. Clive is an entrepreneur, business owner and business consultant, who can convey the academic rationale and the practicalities of business in European and Global contexts.

Zachary has a Ph.D. in Anthropology with an Interdisciplinary Concentration in Race, Gender, and Social Justice from American University, Washington, DC. His expertise ranges from research methodology to indigeneity, sovereignty, and nationalism, sport, gender, and endangered language revitalization. He has been teaching for 17 years, including fourteen in study abroad. Zachary is a very active scholar and, among other things, he has directed an ethnographic field school and has organized international research conferences. He was an invited guest professor at Ilisimatusarfik (University of Greenland) and has several publications on sport, nationalism, and sovereignty. Zachary is also a master goldsmith.

Katharina is Austrian by birth and a Florentine at heart. She obtained her Ph.D. from the University of Vienna and specialized in Italian Art History and International Modern Art. Her interests include Italian art from the medieval to modern periods, in forensic methods, and diagnostics. She is currently working on the psychological stakes of art competitions and artists’ rivalry. She has been teaching for 20 years, many of which with north American and British Universities and Institutions. This year she received a Grant at Washington University to participate at the CAA 2020 (in February) in Chicago with the paper ‘Mapping Cosimo I. de Medici & Propaganda, the Laurentian Library and the Garden in Villa Castello’.

Angela is a German art historian and chose Florence as her second home. She obtained her Ph.D. from Technische Universität in Berlin and her main interests include Italian Renaissance and women artists, even though she is currently working on Italian Rococo. She has 20 years teaching experience with North American students. She won the Kress Foundation Scholarship, New York, to carry out research at the National Gallery of Art in Washington. She is about to publish her latest book entitled, The Life and Work of Rosalba Carriera (1673-1757), Queen of Pastel, which is forthcoming (July 2020).

The Policies of Organized Crime: Mafia and anti-Mafia in Italy

Lorenzo began his teaching career in 2003 after completing his BA and MA in political science at the University of Florence, Italy. He earned his Ph.D. at Freie University, Berlin, Germany. His academic experience includes journal articles and conference presentations. His field of research is mainly in the area of Italian mafias. He is an honorary member of the Antimafia organization Fondazione Caponnetto and the editor-in-chief of the newspaper Florence News. Lorenzo has been teaching the online course “Mafia: Evolution of a Criminal Enterprise” for University of New Haven (UNH) since the fall of 2010 after being trained on online teaching methodologies at UNH.