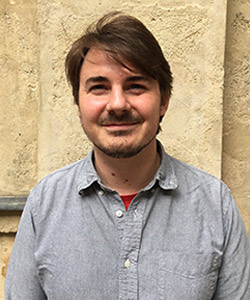 He began his career working as a film programmer for the Capalbio Short Film Festival in Italy. Colin lived in Rotterdam for a year and then moved back to Paris to work in film production. He is an active member of the short film selection committee for the Cannes Film Festival and speaks French, English, Italian, and Dutch. Colin holds a Masters of Arts in Film History from l’Université de Paris 7 and Wesleyan University, and a Bachelor of Arts in Literature and Film Studies at l’Université de Paris 7.

Colin’s view on travelling and living abroad is that one should listen and observe at least as much as one talks, probably more. In the end, we are much more similar than we are different, but it can be difficult to grasp that without having a common “cultural language.” All cultures should communicate and enrich each other, so be yourself, share, and absorb as much as you can!