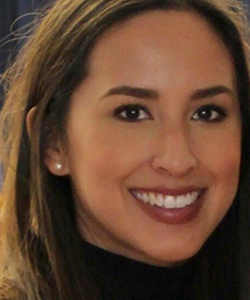 Maritza was born in Bogotá, Colombia but spent her life growing up in Northern Michigan in the small town of Suttons Bay. She graduated from Michigan State University in 2014 with a degree in Psychology and a passion for traveling.

In 2016, she bought a one-way ticket to Colombia to understand the culture, travel to its amazing beaches, explore its small towns, and to teach English. After six months of teaching English in the small town of El Carmen de Viboral in Antioquia, she embarked on a solo-backpacking trip through Central America. However, Colombia called her back, and she spent the next year and a half working as a Recruitment Coordinator in Bogotá. She later worked as a Program Coordinator in the beautiful department of Tolima, where she worked with volunteers who arrived to teach English in Colombia as part of an initiative funded by the Colombian Ministry of Education. She has also worked with another international organization to promote cultural exchange and opportunity.

In her free time, she can be found in one of the many parks in Bogotá with her adopted Pug, Lupe, and her Tolimense husband, scouting deals in the Usaquen flea market on Sundays and planning her next trip abroad.

After four years in Colombia, Maritza is a firm believer in the statement “the most dangerous thing about Colombia is you will never want to leave.” She is very excited to work with CEA students who choose to study abroad in Colombia, to show them the country’s vibrant and unique culture, and to prepare them to have an amazing and life-changing time in Bogotá.