5 Essential French Phrases for Any Traveler 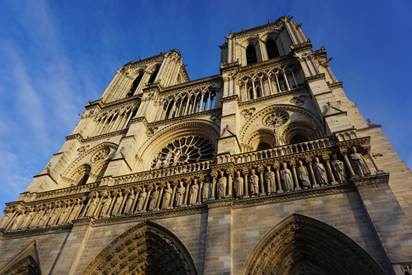 French language is intertwined with French culture. Due to this strong connection, the language barrier can appear massive. Having studied abroad in Paris without previously taking a French course, I learned that a few essential pieces of the French language go a long way. Utilizing these five phrases one can be polite and functional throughout a day or even a semester in France.

The French Greeting! Bonjour translates to "good day," and bonsoir translates to "good evening." Both serve as "hello" and are absolutely necessary to establish conversation in France. This phrase equalizes citizens, it not only says "hello, I’m here," but responding to bonjour with another bonjour says "I see you here with me." Bonjour works all morning and afternoon, but as evening approaches and people leave work or settle down for dinner bonsoir becomes the appropriate greeting. 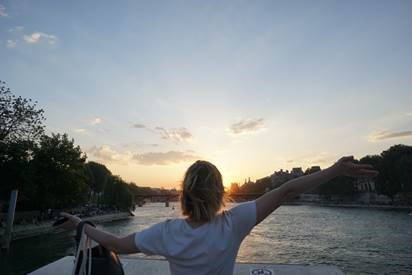 The exact translation is closer to ‘until we meet again’ but au revoir works as a proper goodbye. The pronunciation of au revoir can be tricky. It is pronounced /ˌō rəvˈwär/. It is good to attempt it on your own but listening carefully to the locals is key to creating an au revoir that feels and sounds natural.

3. Merci beaucoup - Thank you very much

Merci means "thank you" and beaucoup translates to "a lot." Say it whenever you’d thank someone in English! I’ve found that French citizens are much more willing to help non-francophones (people who don’t speak French) that at least attempt to be polite in French.

Whether in a café, restaurant, or bakery a polite way to order in French is je voudrais meaning “I would like” followed by whatever you’re ordering. To make it even better, add s’il vous plaît meaning "please" at the end! For example “Je voudrais une soupe d’oignon, s’il vous plait” means “I would like onion soup, please.” 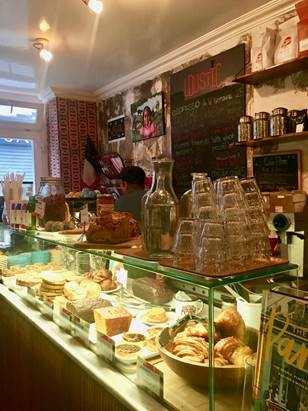 It may not seem like a lot but these words can make up most of a conversation in French. For example, your future interaction in a bakery may look like this:

Yet, when all else fails, a very important phrase to know is…

5. Parlez-vous anglais? - Do you speak English?

Many French citizens speak English. However, it is polite to ask, rather than to speak in English and expect the other person to automatically understand. Parlez-vous anglais? Shows that you respect French language, but you need a little help! Their response could be oui or non, "yes" or "no." Either way, verbal communication is a two-way street. When you attempt French, many French people more likely to feel comfortable attempting English or finding a common ground somewhere between the two languages.