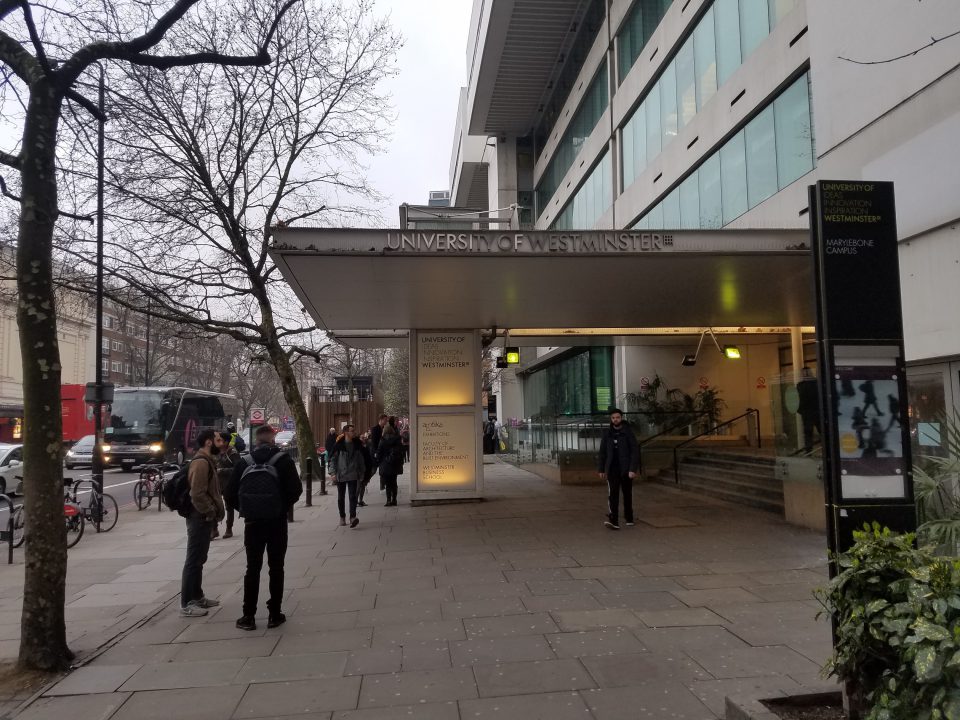 Since the semester is just about over, I thought I'd share some differences between the US and UK's approach to higher education.  Although these differences weren't that hard to get used to (at least for me), they were still significant and interesting.

In the US, my classes meet multiple times per week in one location.  For example, I might have one class that meets Monday, Wednesday, and Friday for one hour.  Then, every Tuesday and Thursday I'll have another that meets for an hour and a half.  However, the "modules" here will only meet once a week and sometimes the location will change.  On top of that, the length of the module can range from two hours to the whole day (depending on what you're taking).  To top it all off, there can be multiple professors in the module at once.


Take two of my classes as examples: Digital First and Advertising and Promotional Culture.  Digital First is a practical online journalism class that is taught by two people, goes from 10 AM to 5 PM, and will meet in different locations depending on what we're covering.  If there's an editing workshop planned, then we'll meet in Mac lab or if there's a lecture planned, we'll meet in a normal classroom.  On the other hand, Advertising and Promotional Culture is a little more standard.  Once again it's taught by two people, but lasts for two hours instead of the whole day.  After one hour of lecture, the class splits into their assigned seminar groups, which are in different rooms.  During seminar, you work on group projects, ask the professor about upcoming assessments, and present your work.

Here at Westminster, grading and assessments are also handled quite differently.  In America, we're used to having several tests, quizzes, papers, and homework assignments over the course of the semester.  However, across the pond, there are only two or three (if you're lucky) assessments throughout.  Since these assessments are few and far between, you will receive little feedback regarding progress.  In fact, passing the class is dependent on how much of the learning you do yourself.  The professors will not hold your hand and tell you everything.  Rather, they will simply provide context for the readings and assessments.

Idon't know if this is a thing everywhere in Europe, but it's certainly prevalent in the UK.  During engagement week, the University cancels classes so that students can catch up on their work and attend guest lectures.  These lectures usually are Q&A's with people (sometimes former students) who work in your field of study, serving as a good networking opportunity.

Tom K. is a Spring 2018 MOJO in London, England.  He is currently a Junior studying Communication concentrating in Journalism and Media Theory & Production at Western New England University.